The West Indian superstar took 26 wickets in 16 innings of the tournament. 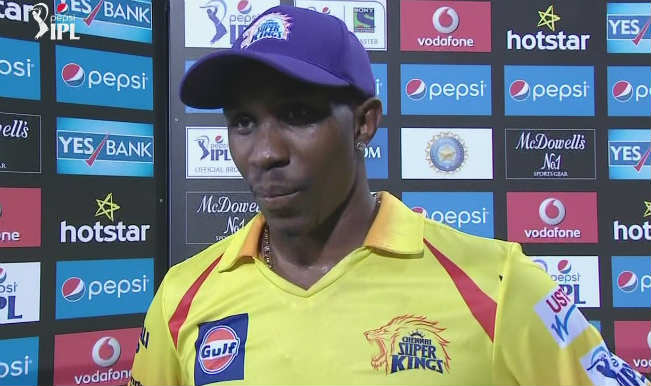 Chennai Super Kings (CSK) all-rounder Dwayne Bravo bagged the purple cap of IPL 2015 after becoming the leading wicket-taker of the eighth edition of Indian Premier League. The West Indian superstar took 26 wickets in 16 innings of the tournament. He was followed by IPL 8 champions Mumbai Indians (MI) pacer Lasith Malinga who took 24 wickets while young talent Yuzvendra Chahal of Royal Challengers Bangalore (RCB) finished third with 23 wickets against his name. Mumbai Indians beat Chennai Super Kings in the finals of IPL by 41 runs to become champions for the second time in history of the tournament. They had previously won the coveted trophy in 2013. Also Read - IPL 2021 Auction: Three Players Kolkata Knight Riders Should Target For Upcoming Season

Despite Indian Premier League being ruled by the batsmen, its the bowlers who turn out to change the course of the game. With both pacers and spinners proving to be effective, it will be interesting to watch who becomes the top bowler of IPL 2015. Must Catch – Purple Cap Holder: List of Leading wicket-taker of IPL 2015 Also Read - IPL Mini Auction: Why Chennai Super Kings 'Are in Big Trouble'

On these batsman friendly subcontinent wickets, IPL is something not all bowlers will look forward to. It is here that the ability of bowlers is put to test. So in order to succeed in this cricketing festival, teams have brought bowlers who can adapt to the flat tracks. Players like James Faulkner and Lasith Malinga with their clever mix of deliveries have been widely successful in the tournament. The spinners are expected to play an important role for the sides by slowing the pace of the game. The likes of R Ashwin, Sunil Narine quickly crop up in our minds. Although the batsmen have carted the spinners on various occasion, these players  should come up good in the tournament.

Sohail Tanvir, the only Pakistani bowler, was the first player to finish as the leading wicket-taker; doing so in the inaugural season (2008) with 22 wickets. In the 2013 edition, Dwayne Bravo set the record for taking most wickets in a single season with 32 to his name. No player has braved the odds and emerged as the leading wicket-taker more than once. RP Singh, Pragyan Ojha and Mohit Sharma are the three Indian players to finish on top of the list in 2009, 2010 and 2014 respectively.