By the end of CSK-RR clash, one winning streak will come to an end with a better overall record against the Royals, going into the game one will have to put their money on the Super Kings. 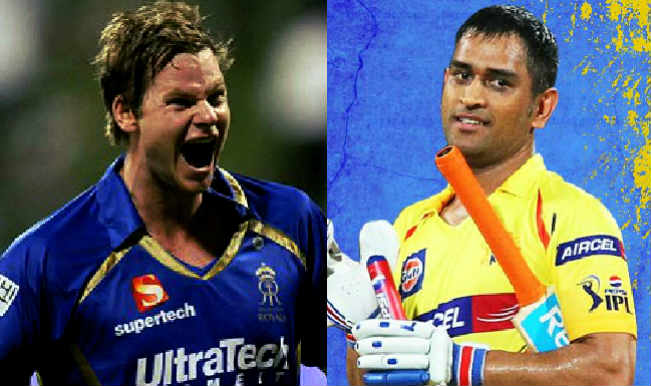 Rajasthan Royals will face the two-time champions Chennai Super Kings in their fifth match of IPL 2015 on Sunday. Both these teams are undefeated so far this season, and definitely the winning streaks should see an end on Sunday, provided there is no match. Both the teams have been at their best, although judging just by the way the two teams have gone about doing their job, one will have to say that Super Kings are slight favorites going into the game. Also Read - MS Dhoni Gets Slammed For Not Coming up The Order And Negative Mindset During RR vs CSK Dream11 IPL Match in Sharjah

Rajasthan Royals have thrived on the all round performance of their squad as a whole and it would be hard to pick out a single star in the squad. The likes of Steve Smith, Deepak Hooda and James Faulkner have stepped up when they have been asked to and you can only imagine the strength of the side once the likes of Samson and Karun Nair also start scoring runs.  The form of these two youngsters is the only negative for the Royals so far and the sooner these two find their form, the better it will be for the royals in the long run. One can check the complete schedule of Team RR for IPL 2015 here.  Also Read - Rajasthan Royals vs Chennai Super Kings Match 4 Highlights: Steve Smith, Rahul Tewatia Star as Royals Beat Dhoni's CSK by 16 Runs

Chennai Super Kings are coming of the back of an absolute thrashing that they delivered to the Mumbai Indians at their home turf. Brendon McCullum has been an absolute beast with the bat, already scoring a century and a quick fire 40 in only 3 games in the season so far. Dwayne Smith too was at his destructive best in the last game as the pair scored 90 runs in the powerplay. Super Kings will once again be hoping for the two openers to give them the same kind of start. One can check the complete schedule of Team CSK for IPL 2015 here.

The bowling too has done quite a decent job for the Super Kings. Ashish Nehra has been a surprise package in this edition of the IPL, picking up wicket and bowling like he is still the young Nehra of 2003. Ashwin has been bowling slower than usual, meaning he has been harder to get away. The likes of Mohit Sharma and Ishwar Pandey have only added to the balance of the team, although the return in form of Ravindra Jadeja wouldn’t hurt them.

All in all, one winning streak will come to an end tomorrow and with a better overall record against the Royals, going into the game one will have to put their money on the Super Kings. Rajasthan have looked good so far, but they are still not at their best, something that a captain like Dhoni will not fail to exploit. Check Out: IPL 2015 Schedule – All Match Fixtures and Complete Time Table of IPL.