Sans injured captain Shane Watson, RR have been ably led by Steven Smith in the four matches gone by and have managed a clear eight points. 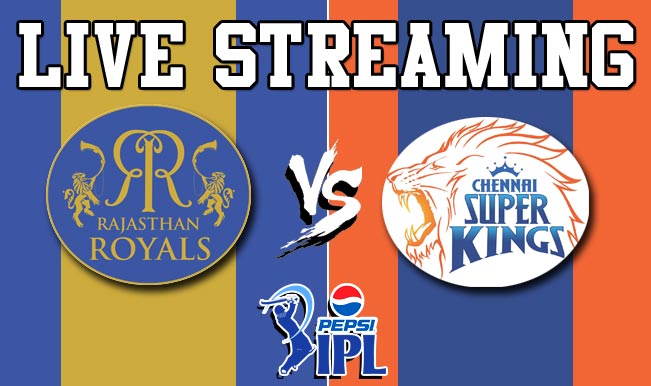 Rajasthan Royals (RR) will take on Chennai Super Kings (CSK) in match 15 of the Indian Premier League (IPL) 2015. In the battle of top two teams of IPL 2015, RR hosts two-time champions CSK at the Sardar Patel Stadium, Ahmedabad. The match is scheduled to start at 4 pm IST with the toss and Playing XI announcement done at 3:30 pm. You can catch the free live streaming of the RR vs CSK match exclusively on the official website of Star Sports here. Rajasthan Royals vs Chennai Super Kings match will be live telecast by Sony Six and Sony Max. The match coverage is also available on the Hotstar mobile app. Must Catch – Live Cricket Score Updates Rajasthan Royals vs Chennai Super Kings, IPL 2015. Also Read - IPL 2020 MATCH HIGHLIGHTS CSK vs RR Match 37: Buttler Slams Fifty as Rajasthan Beat Chennai by 7 Wickets

Two-time champions CSK are not far behind as the Mahendra Singh Dhoni-led side has also enjoyed a clean run in its three matches. Playing their second match at Motera, their adopted home ground, RR seem to have ticked all the boxes in all the departments with their top-order batsmen not only coming good in all the matches but also the bowling rising to the challenge.

Bowling can be a concern for the Dhoni-led side as neither pacer Mohit Sharma nor his peer Ishwar Pandey have been consistent with the leather. The only exception has been old war horse Ashish Nehra, who is utilising his experience to the limit. The left-arm seamer picked up 3/23 in his last outing. The squads: