RCB and Rajasthan Royals: Similarities between the sides battling in IPL 2015 Eliminator

It is quite rare for two IPL sides to be as similar as RCB and RR have been this year. 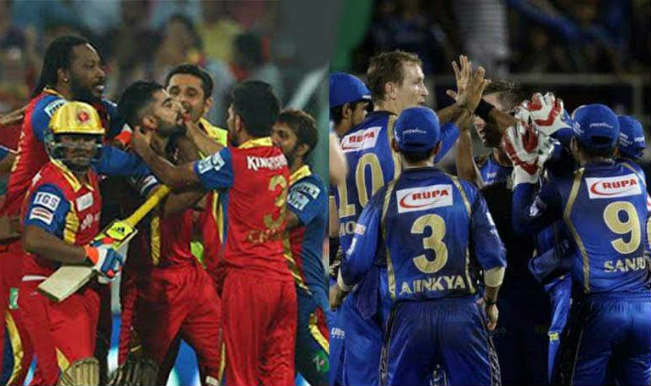 Royal Challengers Bangalore (RCB) battle Rajasthan Royals (RR) in the Eliminator of Indian Premier League (IPL) 2015. The match is likely to be a close one, given how well matched the sides are. Shiamak Unwalla talks about a number of similarities between RCB and RR. Also Read - Virat Kohli Responds to Harry Kane on Asking Him For a Place in RCB

It is quite rare for two IPL sides to be as similar as RCB and RR have been this year. On the face of it they are two entirely different teams, given their history and diversity. However, on closer viewing, both sides are remarkably similar. Also Read - IPL 2020: Devdutt Padikkal Praises RCB Skipper Virat Kohli, Says 'Truly Enjoyed Every Minute I Spent With Him'

RCB have been well served by their top three of Chris Gayle, Virat Kohli, and AB de Villiers. On the other hand, RR have relied heavily on their opening duo of Shane Watson and Ajinkya Rahane as well; but the important aspect to be noted is that while RR have not had a static No. 3 batsman, whoever has batted at that position has more often than not fired. Read the complete article on Cric Life here.