Watch the video to see a 'not-aggressive' Virat Kohli and 'non-mainstream' actor Ranbir Kapoor battle it out! 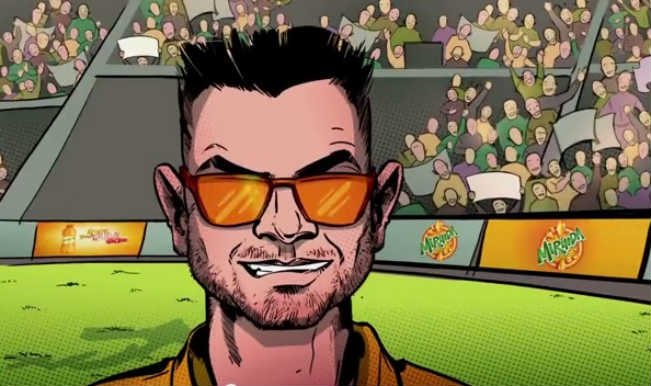 What is the similarity between Indian batsman Virat Kohli and Bollywood actor Ranbir Kapoor? They are young heartthrobs, ladies men, super successful, drool-worthy and taken! Yes, both the guys are in serious relationships with actress Anushka Sharma and Katrina Kaif respectively. Well, what is one more thing that brings the two superstars together are them being the brand ambassadors of Crash the Pepsi IPL 2015. But what has happened between them now in the latest ad by Mirinda in their latest Mirinda Crash The Pepsi IPL 2015 commercial? Also Read - IPL 2021: RCB Captain Virat Kohli is Humble And Easy to Approach: Josh Philippe

Ever since the 2015 season of Pepsi Indian Premier League commenced, Crash the IPL 2015 became popular with its idea of inviting the viewers to create their own television commercials. Joining the string of such advertisements is PepsiCo’s second soft drink Mirinda who are known for their pagalpanti commercials. And sticking to their theme of madness, we get to see a new version of Pepsi advertisement. It has the right dose of animation and humour that will leave you in splits. Watch the video to see a ‘not-aggressive’ Virat Kohli and ‘non-mainstream’ actor Ranbir Kapoor battle it out! Also Read - Removing Virat Kohli From Captaincy Would Destroy Culture of Indian Team: Brad Hogg