This is a breaking story. More details will be added soon.

Here’s a copy of the order issued by Karnataka government on Friday: Also Read - My Son Will Contest Upcoming Karnataka Assembly Polls: Yediyurappa 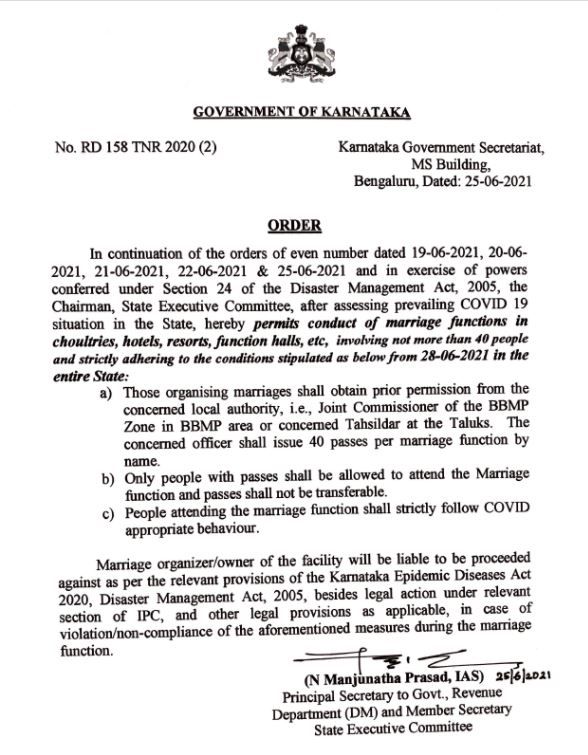