Ravindra Jadeja, Divyanka Tripathi, Bipasha Basu and several others tied the knot in 2016!

The year 2016 has seen several celebrity stories about love, marriages, and also heartbreaks. Amidst all the break up stories that we got to read in 21016, this  year has also given us fairy tale love stories. While several celebrities called it quits, there were several others who tied the knot this year.  Having no clue about how the New Year will turn out for these celebs and  for us, let us just take a look at some of the most popular Indian celebrity weddings of 2016 that gave us immense happiness. ALSO READ (Yuvraj Singh and Hazel Keech’s Delhi wedding reception outfits are out of a fairy tale dream!)Also Read - No Hardik Pandya; Irfan Pathan Reckons Mumbai Indians Should Retain Rohit Sharma, Jasprit Bumrah, Kieron Pollard And Ishan Kishan 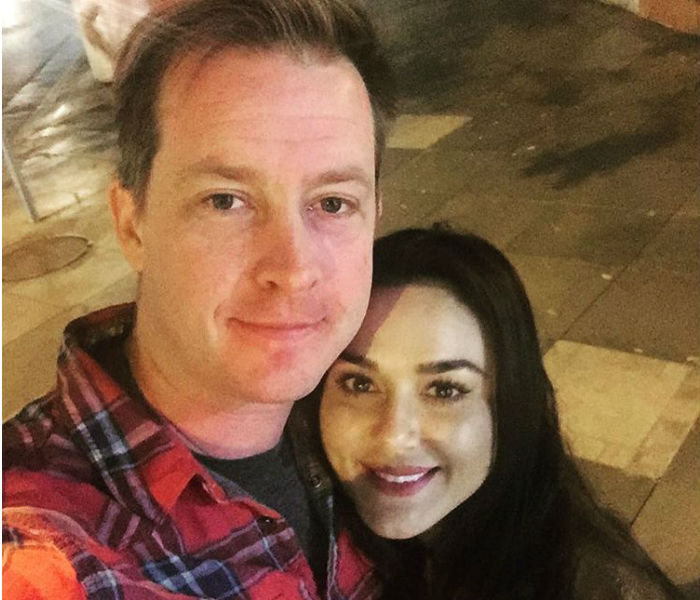 Also Read - IND vs NZ: If There is Anyone Who Can Challenge Team India Then it's Kane Williamson, Says Irfan Pathan

Preity Zinta who was one of the most popular leading ladies of Bollywood in her time got married to Gene Goodenough who is a financial analyst. Their marriage was the talk of the town and her fans showered her with wishes on social media. She also came in the news for her witty replies to all the tweets that mentioned her husband’s quirky second name- Goodenough.  They tied the knot on February 29, 2016 after they courted for 18 months almost. Also Read - IND vs NZ: Rishabh Pant Didn't Understand His Role in T20 Cricket - Daniel Vettori Feels Time is Running Out For Team India Wicketkeeper 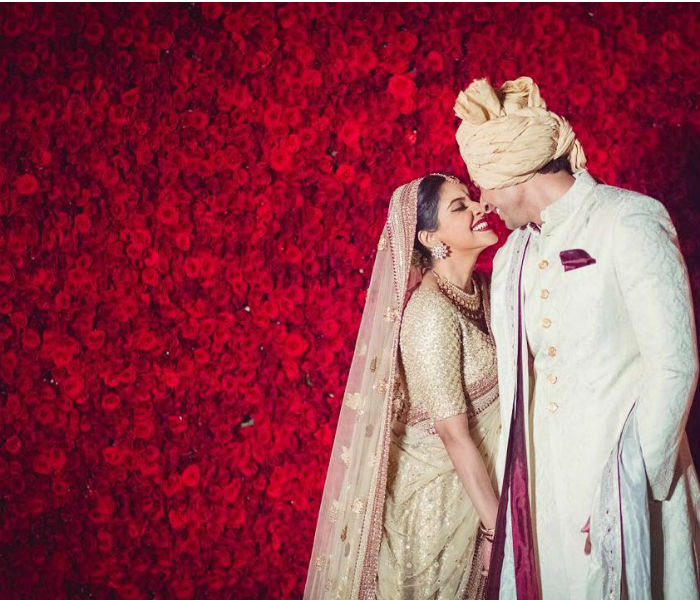 Asin who started her career in South Indian movies rose to fame in Bollywood with her super hit movie-Ghajini.  She then became a known face in Bollywood, having done several movies; she hit it off instantly in our movie industry.  Her marriage to Rahul Sharma who is the CEO of Micromax was nothing short of a fairy tale.  They walked down the aisle on January 19, 2016.Asin being a Christian and Rahul being a Hindu, the couple got married in both their traditional and rituals.  The whole wedding was a dreamy affair and the Who’s who attended the wedding, especially Akshay Kumar who is said to be the couple’s cupid.  The wedding however was also a very privately done ceremony with selected few friends and family.  It was the reception party on January 23 that was done lavishly with big shots from Bollywood in attendance. 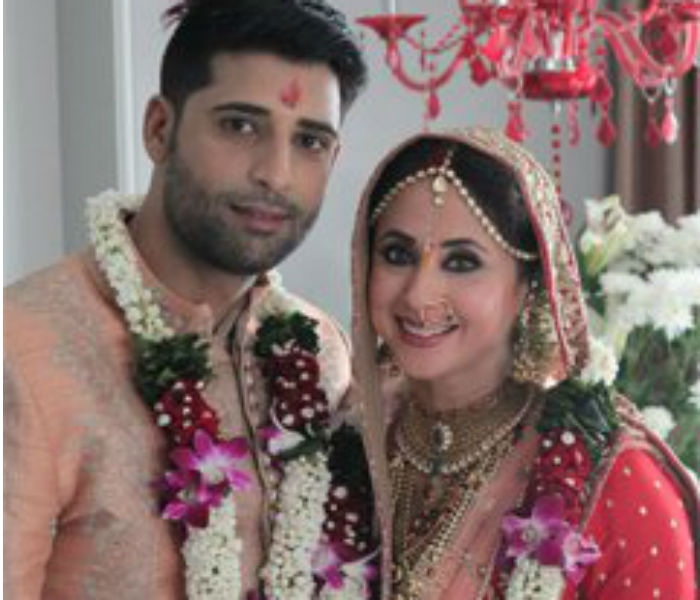 Urmila Matondkar who gave us hits like Rangeela tied the knot with Mir Mohsin Aktar who is a Kashmiri businessman on March 3, 2016. Apart from belonging to different caste, this couple also stands out because Mir is almost 10 years younger to Urmila.  Their love story is straight out of a Bollywood movie. Sources state that Urmila met Mohsin at Riddhi’s wedding, who is Manish Malhotra’s niece, in 2014. It was love at first sight for Mohsin and he was bowled over by Urmila. But Urmila fell for him only after a year, after Mohsin had tried wooing her in a total filmi style. 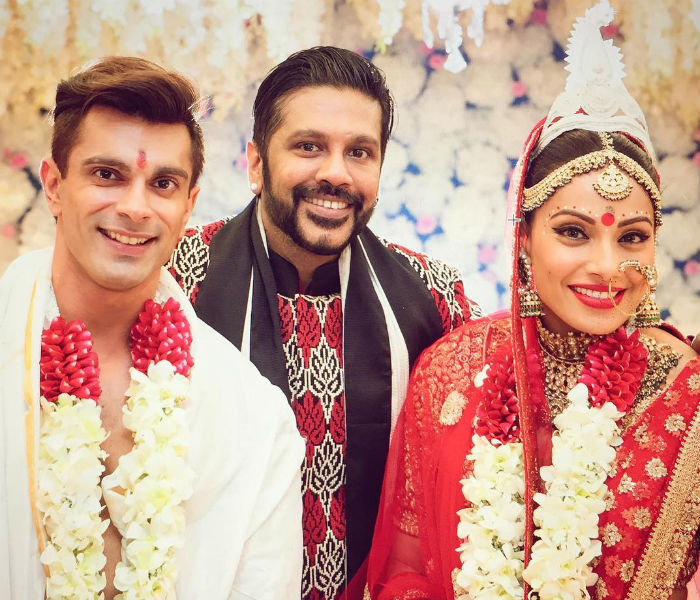 This is probably one of the most hyped weddings of Bollywood this year.  What also made this wedding so popular is the post wedding pictures that the couple posted on their social media accounts making us all green with envy. Bipasha and Karan got married on April 30, 2016 according to Bengali rituals. The wedding was then followed by a grand reception the same day that was attended by the Who’s who of the film and fashion industry.  The couple just couldn’t resist from posting pictures on Instagram.   While this is Bipasha’s first marriage, it is a third marriage for Karan Singh Grover. 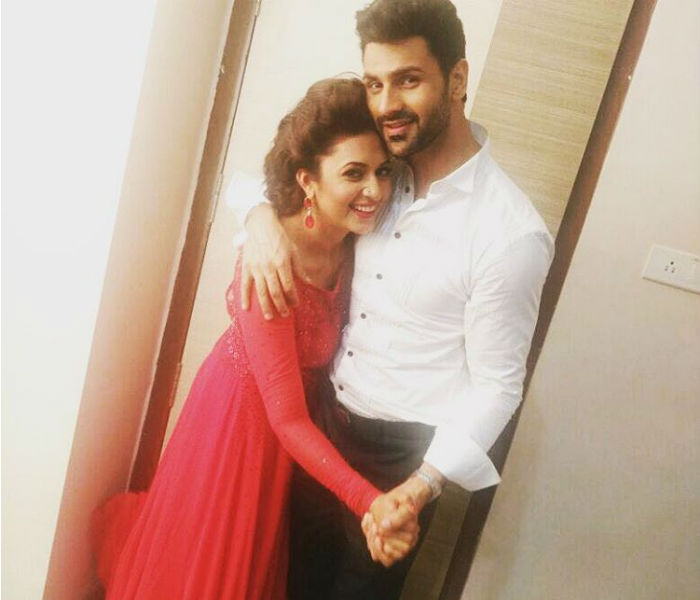 Another very popular wedding of the year 2016 was Divyanka Tripathi’s marriage to Vivek Dahiya that took place on July 8 in Bhopal. Both are television actress with Divyanka having a massive fan following.  Wished poured in from millions of fans and their wedding trailer was particularly very adorable. The couple is said to have dated for quite some time before they took their vows.

The blue-eyed boy of Indian cricket team Irfan Pathan got married to a model named Safa Baig on February 4 this year in Mecca, Saudi Arabia.  10 years older to Safa, their marriage was a private ceremony with only close family members and friends.  The wedding was followed by a dinner party that took place at Jeddah and was hosted by Irfan Pathan’s family. 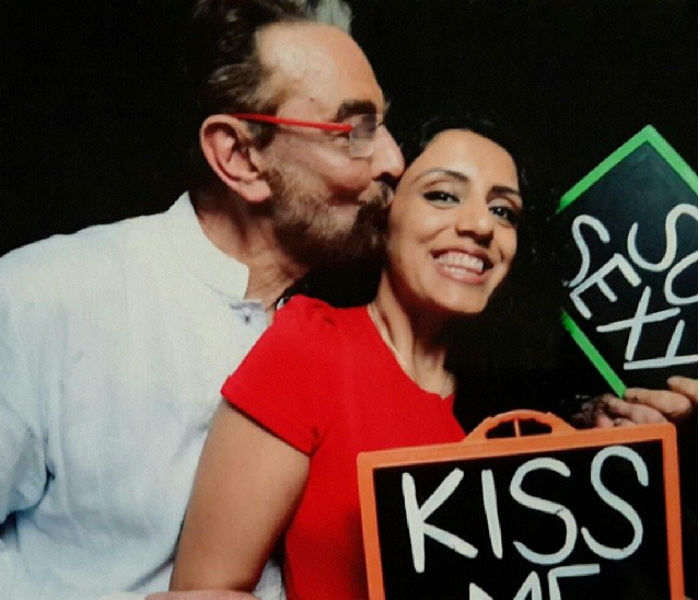 This wedding came as a surprise to everybody. The actor, Kabir Bedi had invited all his guests to Alibaug on January 16 that also happens to be his birthday. He got married the same day and the guests were also taken by surprise. Kabir Bedi’s fourth marriage, Parveen is 29 years younger to him. 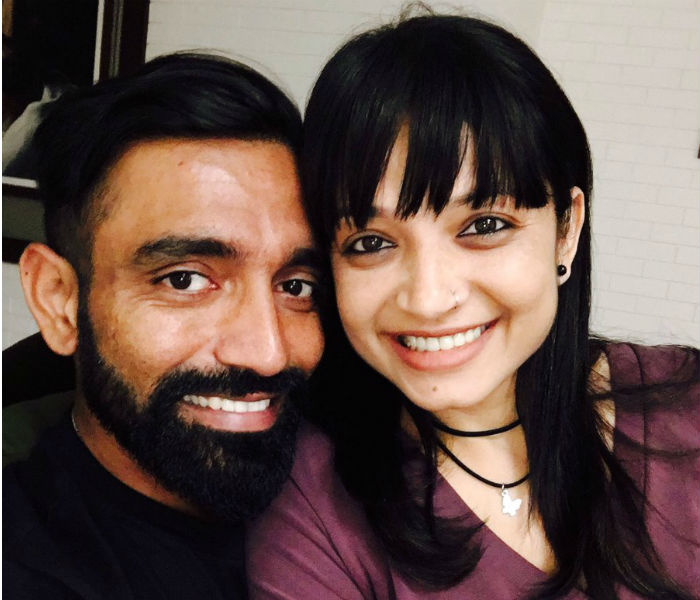 Another Indian cricketer who got married this year was Robin Uthappa. He tied the knot with Sheetal Goutham, his fiancee on March 3, 2016. Irfan Pathan, who got married a month before him was Robin’s best man. The wedding being a very intimate affair, only few people attended the ceremony. 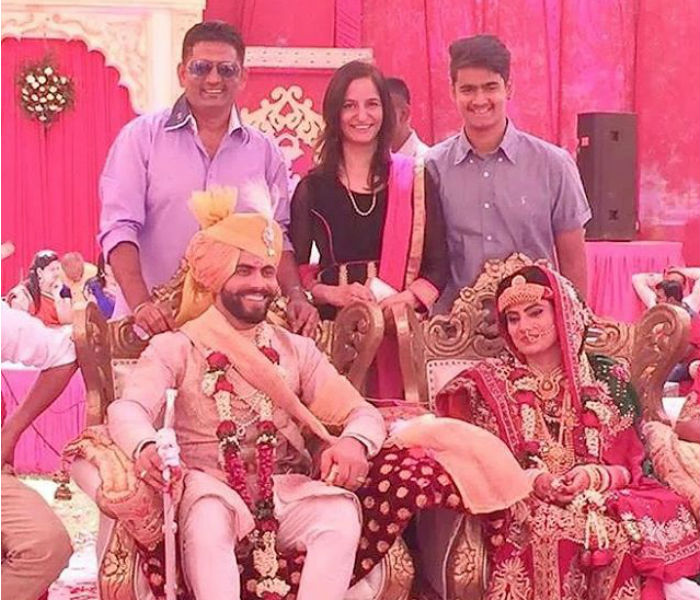 One of the most popular cricketers of India, Ravindra Jadeja also got married this year with his fiancee Rivaba Solanki in Rajkot on April 17.  The couple got married in a private ceremony and later threw a lavish reception party in Rajkot. Ravindra Jadeja is also famously known as ‘Sir Jadeja.’ 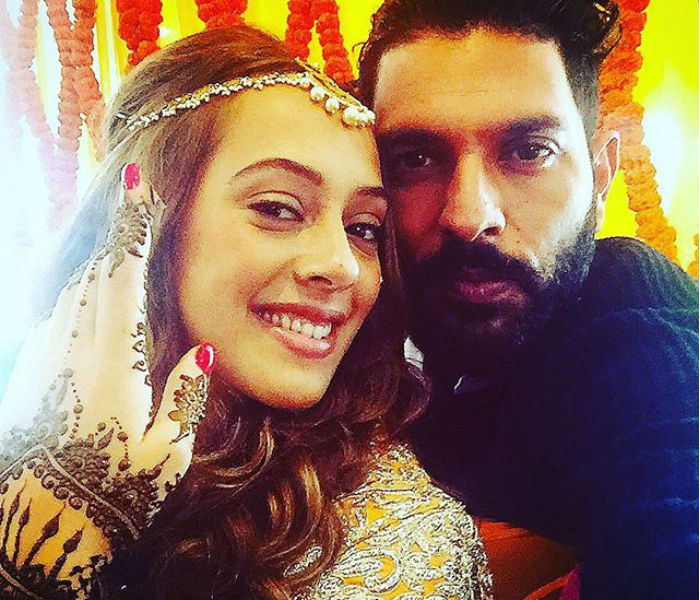 To join the married club, is the newly married Yuvraj Singh and Hzael Keech.  Their wedding was the talk of the town when they dazzled all of us with their fairy tale ceremonies.  They got married once on November 30 as per Hindu rituals and the second wedding function took place on December 2 which was a very lavish affair. The who’s who of the Indian cricket team and also several Bollywood celebrities attended their wedding.