5 Reasons Why You Should Stop Drinking Diet Coke RIGHT NOW!

Diet cokes are generally considered healthier than your regular coke but the diet coke or diet soda is bad for your health. Here are some of the reasons to quit drinking diet coke.

Loaded with sugar and calories, coke and other sugary sodas can cause several health issues. People turn to diet coke as it is advertised as a soda with zero sugar and calories. Is diet soda actually a healthier option? The truth is NO. Although it does not contain sugar, other ingredient present in the diet coke or soda are bad news for your health. Here are some of the reasons to quit drinking diet coke right now. (ALSO READ 5 harmful food combinations you must avoid). Also Read - President Biden Gets Rid of Trump's Diet Coke Button From White House Desk, Twitter is Thoroughly Amused

You may think that diet coke will not add to the calorie count but it will not help you to shed weight. According to a study conducted by the University of Texas, the circumference of the waist of those who consumed diet soda frequently over a decade was 70 percent more than those who did not consume diet soda. Also Read - Diet Coke, Ice Cream: Delhi's ITC Maurya Stocking up on Donald Trump's Fav Food

2. Increases the risk of heart attack

Research has showed that drinking diet soda regularly can increase the risk of heart attack and stroke. The study included 2000 people for more than 10 years. Also Read - Are Diet Sodas Better Than Sweetened Beverages? 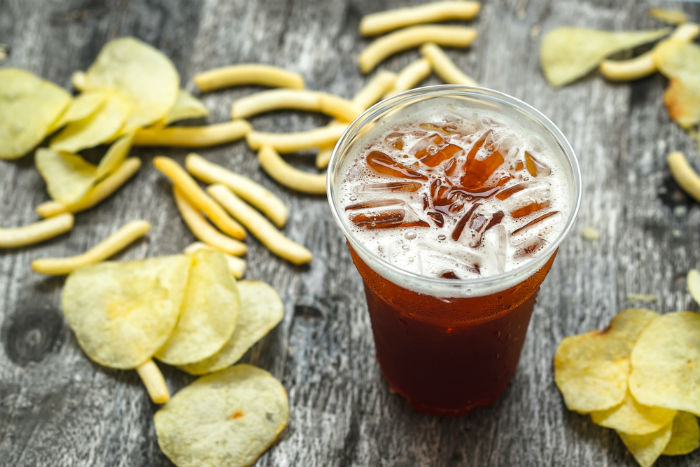 The diet soda or coke contains caramel coloring but the fact is it does not contain caramel. The caramel coloring is created by heating sulfites and ammonia. The compounds formed by the heating of these two chemicals are well-known carcinogens. Tests on mice and rats showed that the chemicals in high doses can cause tumors in thyroid, lungs and liver. These chemicals are dangerous for humans too.

5. It makes your bones brittle

According to a research by Tufts University, any soda worsens osteoporosis. The study revealed that the bone mineral density among women drinkers was 4 percent less than those who drank healthier beverage.

Usually, people also tend to eat unhealthy foosIt is tempting to drink cola or diet coke but it is advisable to stick to fresh fruit juices and water if you want to stay healthy.