Go all Raees on your looks and don some classically rustic and ruggedly handsome looks immortalized by King Khan as the much-anticipated trailer released today!

With 2017 on the anvil, Shah Rukh Khan has set our hearts racing with the trailer for his upcoming flick, Raees today. Slated for a release on 25th January 2017, Raees is  based on the life of criminal Abdul Latif in 1980s Gujrat, a bootlegger whose business is highly challenged and eventually thwarted by a police officer, ACP Majmudar. A versatile actor, SRK lent us valuable life lessons in Dear Zindagi. A stark contrast and what seems to be on the other end of the spectrum, Raees chronicles the business shenanigans, love tales, and racy action sequences of Raees Alam. The imagery of Shah Rukh Khan emerging out of the smoke with those deep-set kohled eyes gave us serious jitters! The trailer also showcases Gujrat with the regional elements imbibed strongly through a garba sequence. Lending support and standing out on his own is Nawazuddin Siddiqui who plays the role of ACP Majumdar. Also, seen is the demure Pakistani actress Mahira Khan, who looks absolutely stunning and ethereal in colorful dresses! But what struck an instant chord was SRK’s retro look and we cannot help but be awed by those vintage vibes. As true blue SRK fans, we are hooked and booked. Portraying a Muslim criminal of 1980s, SRK looks charming, sexy, ruggedly handsome and hot AF in a Pathani suit! With a slew of vintage trends rehashing their presence in 2016, that peaked our roving eye, with Raees, SRK promises 2017 as yet another amazing year of vintage trends making a gala comeback. With a ginormous fan following, SRK’s vintage vibes will definitely be a rage and here are 2 easy ways to emulate the Raees look! (ALSO READ: Raees Trailer Out: Shah Rukh Khan’s film has ‘blockbuster’ written all over it! (Watch video)) Also Read - Shah Rukh Khan Buys Team in USA Cricket League, Names it LA Knight Riders 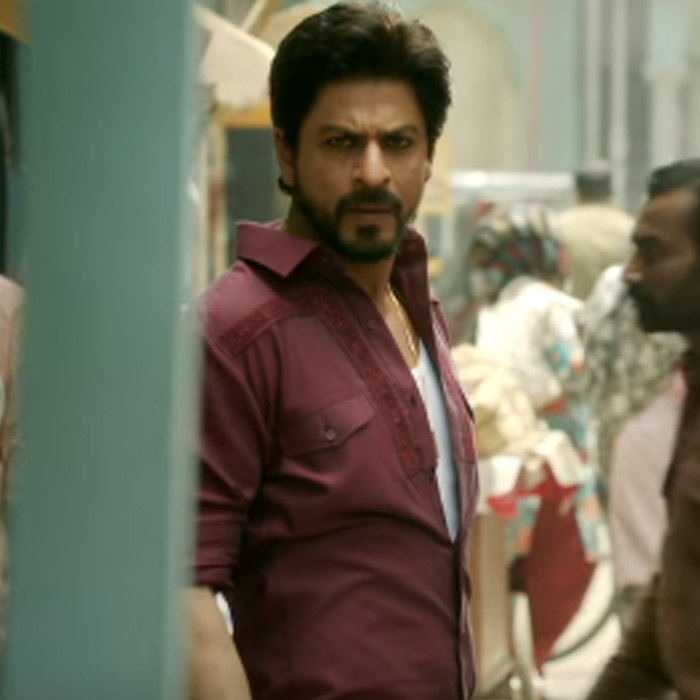 Perhaps the most striking feature of SRK’s look throughout is the deep-set and surma lined eyes. Until now, he mesmerized us with those amazing eyes in all his romantic movies. But now, donning an anti-hero avatar, SRK and his surma lined eyes are making us fall in love ALL OVER AGAIN! Raid your mother’s or sister’s or girlfriend’s or wife’s surma and dab them subtly like SRK and go Raees. You will definitely attract second glances from people! (ALSO READ: Shah Rukh Khan’s kohl-eyed look in Raees trailer: 4 benefits of surma and how to apply it the right way) 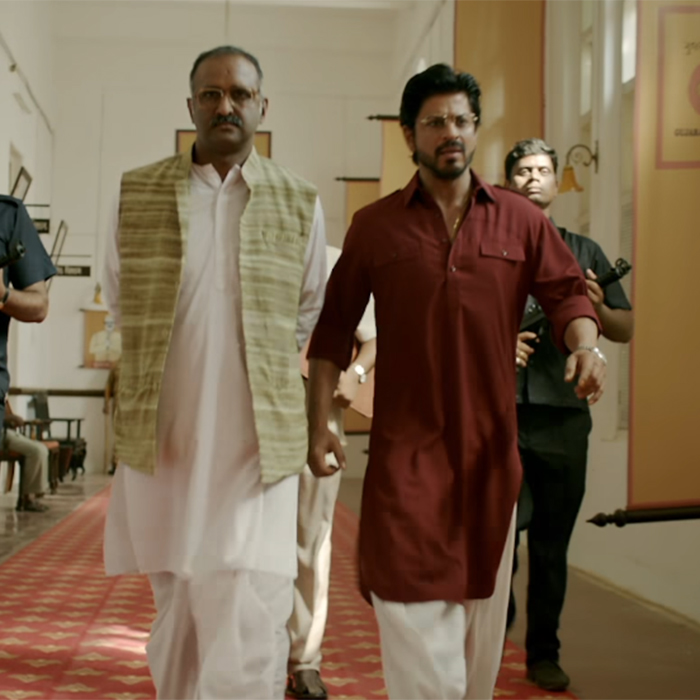 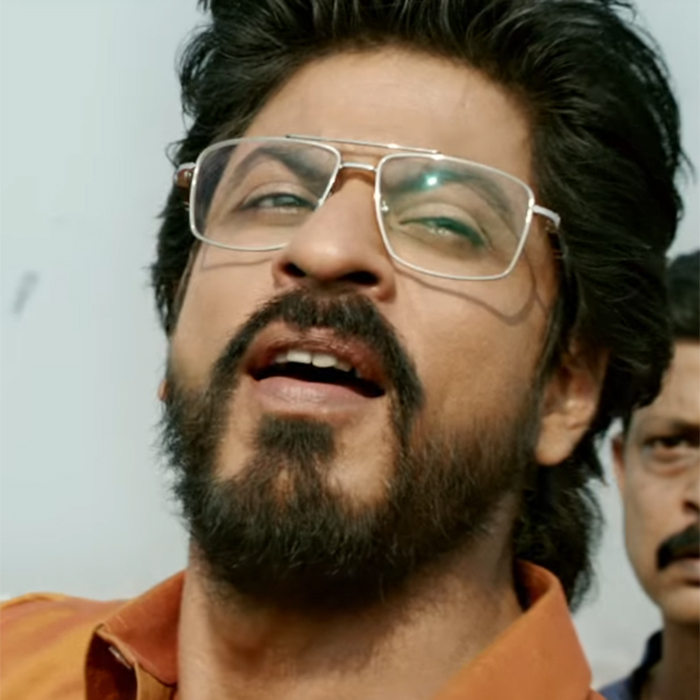 Rocking a metal framed bespectacled look, SRK looks suave and oozes oodles of charm and lends an intelligent dimension to his now popular dialogue ‘Baniye ka dimaag‘. So don a pair of those retro frames a la Raees and render these dialogues to impress everyone! 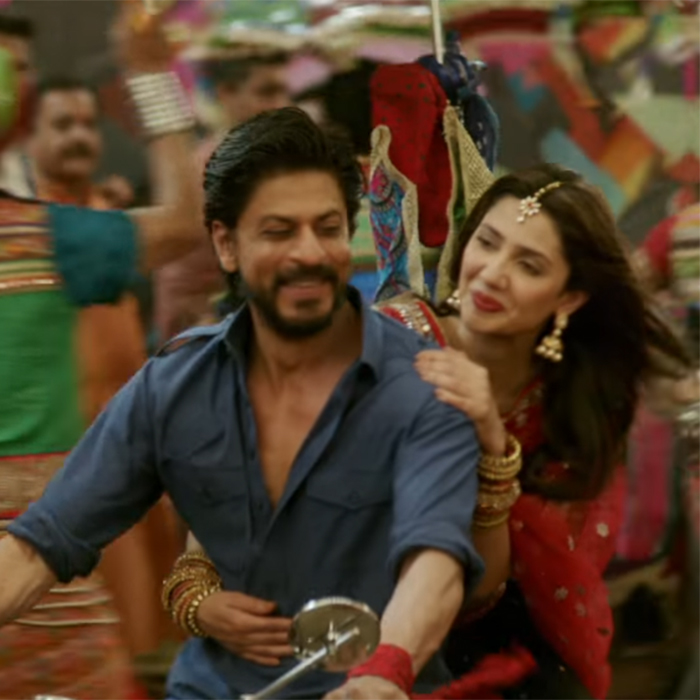 Slaying the stubble beard, SRK astounds us with his rugged and rustic look! After mesmerizing us with a string of roles with a clean-shaven romantic chocolate face, SRK dons the role of a powerful liquor mafia with panache! Go ahead and let your facial hair grow and trim it a la Raees style and impress your girl! 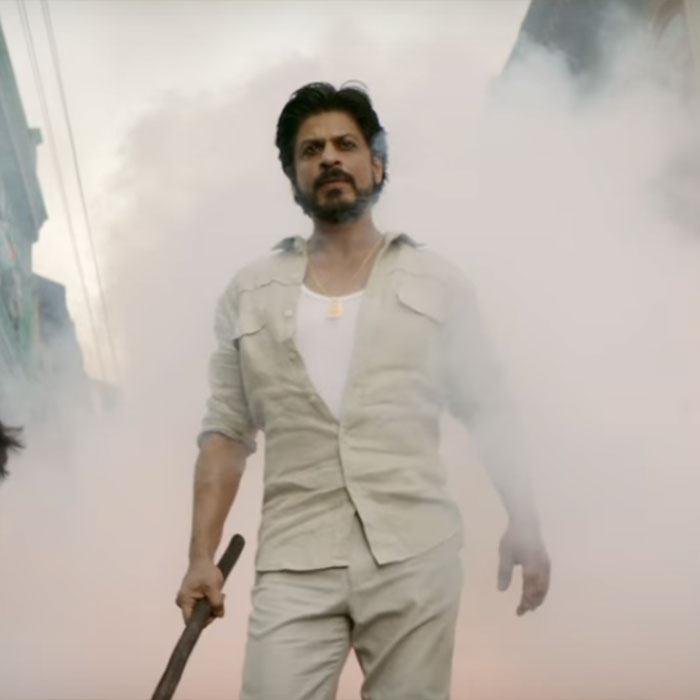 Whilst Don and Don 2 had SRK swagger stylishly, Raees shows SRK swashbuckling in desi swagger and mouthing some witty dialogues like ‘Miyanbhai ki Daring’. Whilst we whistle and applaud, go ahead and sass it up a la SRK aka Raees style. (ALSO READ: Raees trailer: 8 things from Shah Rukh Khan, Mahira Khan and Nawazuddin starrer movie that prove it will be a superhit!)

SRK, a style icon definitely rustles up major trends to follow with this trailer. While this may be a typical Bollywood potboiler, SRK as the anti-hero is definitely worth a dekko!