On the occasion of Women's Day 2018, here's a look at an interesting theatre project by popular Shakespearean actor-director Deshik Vansadia who is all set to present 'The Taming of the Shrew' with an interesting role reversal.

Today is Women’s Day 2018. While we don’t need a particular day to acknowledge the power of women and the importance of women’s rights and causes, International Women’s Day is a good day to remind ourselves of everything that’s great about women. Thanks to the feminism movements all across the globe, people in every field of life are now taking notice of important matters related to women rights. However, it is The Arts that has always been one of the first sectors to make strides in expressing issues related every aspect of life – from environment to politics to human rights. It is therefore no surprise that several prominent people in The Performing Arts have chosen to focus on women-centric stories. Theatre does a fantastic job of portraying pressing matters in their raw form for society to reflect upon. And the latest artist to be working in this direction is prominent actor-director Deshik Vansadia who is all set to present William Shakespeare’s The Taming of the Shrew, but with a twist. In Vansadia’s adaptation, men will play the roles of women and vice versa. ALSO SEE Victoria & Abdul actor Ali Fazal’s Views on Fashion Police and Styling Will Make You Like Him Even More! Also Read - 23 April in History: William Shakespeare's Death Anniversary,10 Facts About the Author and More

For the uninitiated, ‘The Taming of the Shrew’ is one of Shakespeare’s most fascinating plays. It is the story of Katherine who because of her strong individuality earns the reputation of a shrew, an aggressive disobedient woman in the world of men. Katherine is married to a guy who marries her for dowry and then begins her taming process to turn her into a submissive woman. Also Read - World Book and Copyright Day 2018: April 23 Marks William Shakespeare 402nd Death Anniversary

“The play is a mirror to our society – society where women are tamed by men and men are tamed by patriarchy, where men must live up to society’s expectation. Men achieve their identity by wealth and their father’s name and women achieve theirs by their husband’s. This particular production deals with its theme in the most harmonious way by reversing the gender role in society where men play women and women play men,” says Vansadia. Also Read - World Poetry Day: 5 Best Poems From Most Famous Poets 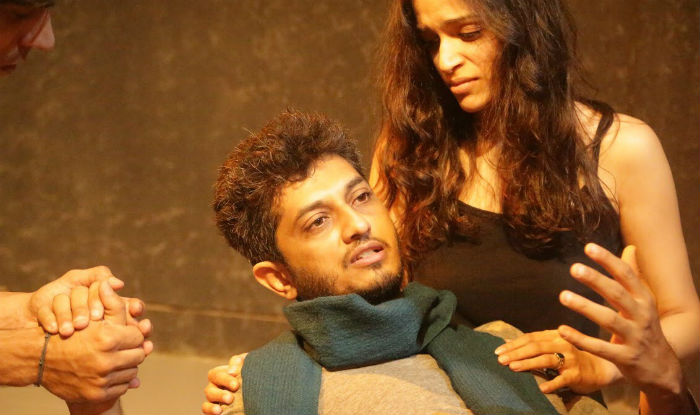 Deshik Vansadia is a nationally-acclaimed artist often called “The Shakespearean Actor”. He has graduated from Stella Adler Acting Studio , Los Angeles on a full scholarship.  During his time in LA, he has played Romeo in Romeo n Juliet in Los Angeles for two months, Lucky in Waiting for Godot for two months and Clotten in a production of Cymbeline at the prestigious Shakespeare and Company, MA. In India, Deshik has made waves in the theatre scene playing lead roles in plays like Measure for Measure, The Boy Who Stopped Smiling, Dharaa ki Kahaani, and Shakespeare Who. The young actor-director is considered to be one of the most prominent and dedicated practitioners of Shakespearean works in the country.

In this new production of The Taming of the Shrew, Deshik Vansadia takes on the role of Katherine and explores the unpleasant process of being tamed as a woman by a man. According to him, it gives men an experience to think about when they watch a man being tamed against his will. It provides an understanding of what women go through all their lives. He also opens up the dialog of suffering of humans rather than only men or women and by doing this, he believes it brings men n women together when our current wave of feminism sometimes divides the two.

The Taming of The Shrew is likely to open at Prithvi Theatre in Mumbai on May 8, 2018.