The evening opened with a trailer for the award-winning documentary, "Angel of Nanjing."

On the evening of Wednesday, April 13, at Cake Shop NYC, award-winning actress Qurrat Ann Kadwani (“Law and Order: SVU,” “The Blacklist”)—the first South Asian woman to have a solo play off Broadway— produced and hosted Echoes of Love—a fundraiser for awareness of suicide prevention with music. Also Read - Diabetic? Include Rajma In Your Diet Today | Here's Why

“We are each other’s keeper. Our brother and sisters’ keeper. Our father and mothers’ keeper. We have to be accountable and responsible to each other,” the night’s guest star, Kelly Wright, Fox News Anchor and Co- Host of “America’s News Headquarters,” said. Wright exemplifies what our role is in relation to those who are in the “dungeon of despair.” 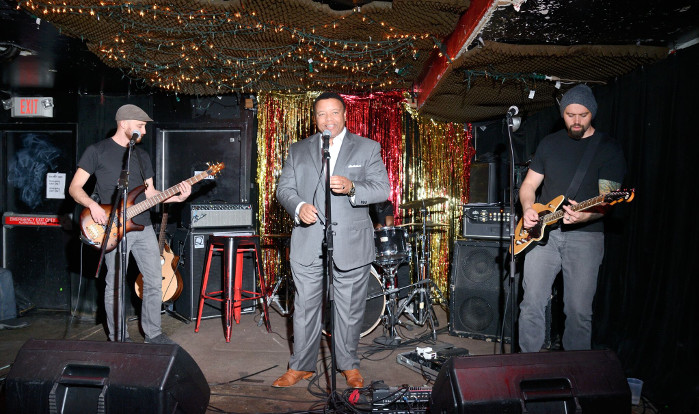 The evening opened with a trailer for the award-winning documentary, “Angel of Nanjing.” This moving film is about Chen Si, who has been patrolling the Yangtze River Bridge for the past 11 years saving the lives of jumpers. The bridge is one the most popular locations in the world to jump off.

That reality flowed into a celebration of life with an evening of music and information about suicide and suicide prevention. Sharing the stage with Wright were a mix of all genres of music (musical theater, hip-hop, opera, gospel, funk).  Rebecca Ruttle, Andrei Matorin , Run With It, Anna Felice, Sattam Deb,  Madina Amin, Kristian Rose, Dayz Da Empora shared their talent for a good cause.

For Kansas City, MO, band Run With It, who drove 22 hours for this NYC event, getting to be a part of ‘Echoes of Love’ was a great honor.

“We believe art can change the world,” frontman Miguel Caraballo said, “so when we were invited to come together with a plethora of artist by Q we had to come. I personally have dealt with depression and anxiety all my life and know the dark places those can lead you too.” Echoes of Love also hit deep with Run With It bassist Clint Velazquez. “When I was young my grandfather committed suicide. I never really got to know him because of that, but I’m told how much he loved me. I would have liked to have known him.”

Echoes of Love also hit deep with Run With It bassist, Clint Velazquez. “When I was young my grandfather committed suicide. I never really got to know him because of that, but I’m told how much he loved me. I would have liked to have known him.”

How does suicide cross the minds of people? Depression, untreated or misdiagnosed mental illness, incorrect medication, substance abuse, and family history are contributing factors. It is also an equal opportunity offender. No one is immune which is why getting the word out is important. 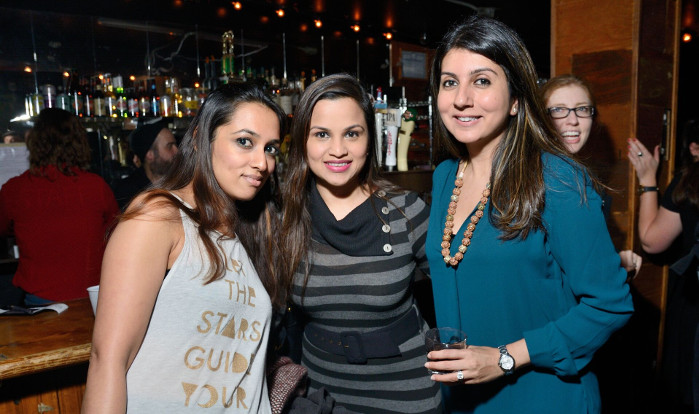 Most people are unaware of the signs and the percentages of people who attempt or commit suicide—one million people worldwide commit suicide every year.

Restaurateur Shagun Mehandru (Awadh, Bhatti, Moti Mahal) said that she “had no idea suicide was a real issue and such a big one. The stats were shocking. I didn’t know the signs.”

Victoria Guthrie, the award-winning actress, reiterated that “it’s important to be aware of what the signs are and how to interact with someone who is suicidal.” Guthrie also mentioned that it seems like she hears someone committing suicide every couple of weeks. 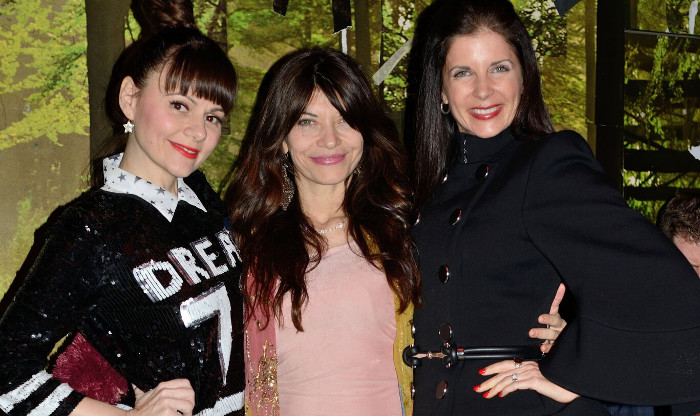 I feel the same way. On the day of the event, I received a message that my friend’s spouse took his life. This news followed by the fundraiser was clearly a message to me. We are not alone. We are not unique in our feelings. Feelings are not facts. We are allowed to ask for help. Sadness is a perplexing emotion as it feels permanent. It isn’t. Kelly Wright says that we have to learn to listen, talk to others, help be the light in their darkness. Suggest counseling and prayer. Suicide is preventable.

Wright said that we have to learn to listen, talk to others, help be the light in their darkness. Suggest counseling and prayer—suicide is preventable.

“When you lose someone to depression and suicide as I have, you run through your mind a million times what you could have said or done differently,” Kadwani said. “I hope this annual event gives people the tools to be able to discuss suicide openly with someone who is at risk in order to save a life. We each have the power to change lives, even save them.”

Yes, we do, Qurrat. Thank you for opening the door.

About Qurrat Ann Kadwani, founder of Echoes of Love
Qurrat Ann Kadwani has won Best Actress, Best Play, Trailblazer, Cultural, State and City Awards for her hit college circuit play, They Call Me Q, focused on identity and diversity. She is the first South Asian female to have a solo play Off Broadway in NYC. She was featured on a National interview on Fox News and Fox 5 NY has deemed her “A Woman Who Shapes the Future” for her portrayal of 13 characters in one hour and her commitment to diversity. Qurrat has performed over 100 times including at The United Nations. She has also conducted workshops on multiculturalism, acting and writing. She has numerous film, theater, hosting and TV credits including Law and Order: SVU, What Would You Do?, The Blacklist, Luke Cage, Falling Water, and One Life to Live. She is the founding Artistic Director of eyeBLINK, a multicultural nonprofit arts organization which promotes diversity within educational and entertaining programming. She is the founder of Echoes of Love, an annual fundraiser which raises funds and awareness for suicide prevention organizations with the help of live musicians. She assists with the coordination of A Slice of Hope, an annual national project that spreads hope and joy at homeless shelters with pizza parties and live musicians. Qurrat supports several organizations that promote education for children in poor locations and psychological and career assistance for immigrant women. www.theycallmeQshow.com and www.qkadwani.com
About the writer:

About the author, Malini Singh McDonald
Malini Singh McDonald is a native New Yorker who has been involved in the arts for her entire life. A passionate and experienced artist and producer, Malini has twenty years of practical experience in the NYC theatre scene. She received her BA in Theatre Arts and English Literature from Baruch College and her MFA in Directing from the Actors Studio Drama School. Malini has been published in Newtown Literary Magazine, Images of America: Kew Gardens, The i’Mpossible Project: Reengaging with Life, Creating a New Life, and Untapped Cities. To read Malini’s blogs about theatre, please go to www.malinism.com. For more information about Malini’s ongoing project Theatre Beyond Broadway, please go to www.theatrebeyondbroadway.com