Narendra Modi is equated to Fawad Khan in this spoof on ADHM and currency demonetization! 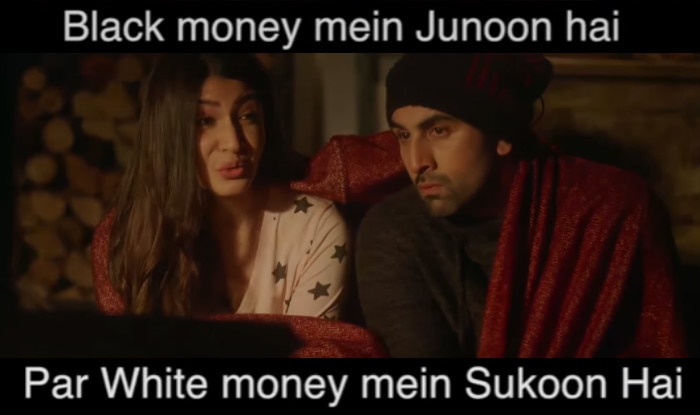 Love the internet, totally my soul mate. After all, it has the power to mix two totally diverse topics and yet make it so relatable that it simply leaves our mind blown. Take, for example, this amazingly awesome amalgamation of Ranbir Kapoor-Anushka Sharma-Aishwarya Rai Bachchan starrer Ae Dil Hai Mushkil and Prime Minister Narendra Modi’s currency demonetization effect. The two topics which have no relation to each other in the real world seem to gel well in this spoof video perfectly. The trailer of Karan Johar directed ADHM is given a quirky twist to present Ranbir as the common man, Anushka as the banned Rs 1000 note and Aishwarya as the new Rs 2000 currency note. Apart from tickling your funny bones, this ADHM spoof video will summarise the demonetization effect in the simplest manner. Also Read - After PM Modi's Request to Keep Kumbh Mela 'Symbolic', Juna Akhada Calls Off Celebrations

Titled Ae Bill Hai Mushkil (and rightly so), the trailer starts with common man Ranbir Kapoor stating how keeping black money is tedha kaam (illegal). Jumping to the next scene, we got lovely Anushka as the Rs 1000 note (now banned) friend zoning our common man saying, Black money mein junoon hai, par white money mein shukoon hai (there is passion in keeping the black money but peace of keeping the white money). The black money holders will totally get this point. But what is truly rib-tickling is the introduction of new Rs 2000 currency note in the form of Aishwarya Rai Bachchan. Understandably, none can match the beauty and aura of Aish just like the craze of new 2K notes among the mass at present. (ALSO READ: This ADHM movie spoof shows we are still a country amused by juvenile gay jokes!) Also Read - FACT CHECK: Has Modi Govt Announced Nationwide Lockdown Till April 30? Know Truth Behind Viral Message

The trailer of Ae Bill Hai Mushkil hands down beats all the jokes and memes circulating on the social media so far. The biggest irony showcased in the video is the character of Fawad Khan equated to PM Narendra Modi who wrecks havoc in poor Rs 1000 note’s life. You will die laughing this video which draws inch-perfect parallel with PM Modi’s crackdown of India’s biggest black money scam and a vision of corruption free India. Watch the video and decide for yourself if this trailer was better than Karan’s ADHM and deserves to be turned into a full blown movie. As for us, we are still getting over the line – Kisi ne aapko suddenly chaata maara hai..phattt!! uss chaate ko BAN kehte hain! Also Read - Virat Kohli on How Vamika Changes Him And Anushka Sharma: Just to See Your Child Smile...