Alia Bhatt is a reigning diva of the Hindi film industry. She has impressed all with her terrific performances on-screen. The actress has got many big films in her kitty and she’s also in the news for her rumoured relationship with actor Ranbir Kapoor. In fact, she recently visited Ranbir’s parents, actor Rishi Kapoor and Neetu Kapoor in New York. After spending some good time in the US, Alia returned to the country a few days back and her airport appearance just had something special.

Alia is also one of those from Bollywood who knows how to make heads turn with their stunning public appearances. So, when she jetted out of the Mumbai airport last week, she appeared all comfortable and casual, like always. That’s until you see the bag she was carrying. Alia had a small Dior bag hanging from his shoulder as she got clicked by the paparazzi at the airport. It was a saddle bag that comes with the price tag of whopping Rs 1,99,000. Yes, that tiny black and white thing on Alia’s shoulder costs almost Rs 2 lakh. Hold your jaws now and take a close look at it! 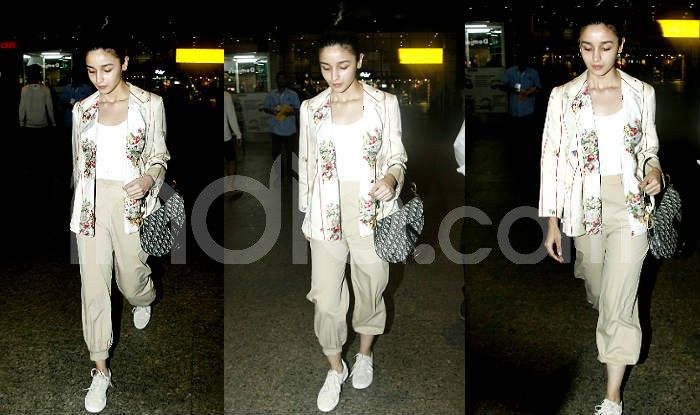 Thanks to our folks at Bollywoodlife.com, we got our hands on the screenshot of the price tag. It clearly shows the price in bold and just how much our Bollywood celebs are willing to spend on their accessories. Here: 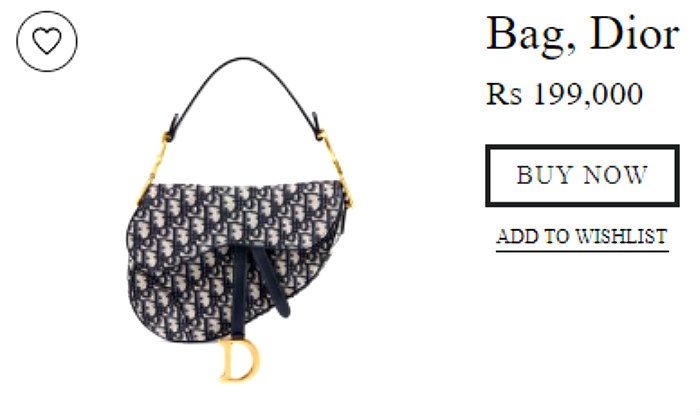 It’s hard to move past the price but on the work front, Alia Bhatt is quite busy. She is currently shooting for Brahmastra, directed by Ayan Mukerji, which also features Ranbir, Amitabh Bachchan and Mouni Roy in important roles. Alia also has Gully Boy coming up with Ranveer Singh, which is directed by Zoya Akhtar. She also has another Dharma Productions film, Kalank, with Varun Dhawan, Madhuri Dixit, Sanjay Dutt and others.