Arpita Khan Sharma chooses a Sabyasachi creation in a gorgeous purple colour to wear on the auspicious occasion of Ganesh Chaturthi. The same suit was worn by Anushka Sharma earlier. Check out the pictures here.

Actor Salman Khan‘s sister Arpita Khan Sharma brought Ganpati Bappa home on the occasion of Ganesh Chaturthi on Monday. The 10-day Ganpati festivities have begun and Bollywood celebrities can be spotted worshipping Lord Ganesha with their families. The Ganpati darshan at Salman Khan’s house is famous and many celebs visit the Khan family to take part in the festivities. However, since last year, the actor’s sister has taken the responsibility of bringing Bappa at her place. This year as well, Arpita was clicked by the paparazzi as she carried the idol of Lord Ganesha and walked towards her building where Bappa will be kept for 10-days. One can also see Arpita’s mother Salma Khan doing the Ganpati aarti before entering the house. Like every year, the family has brought the beautiful idol of Lord Ganesha in red colour. Also Read - Heavily Pregnant Neeti Mohan’s Incredible Workout Video Goes Viral- Don’t Try Without Supervision

Arpita wore a purple coloured Sabyasachi suit on the special day. She wore the stunning creation by the designer in a casual manner with no addition of jewellery and a no-makeup look. Her hair also seemed undone. Arpita, to her credit, made her look work. Check out some pictures here: Also Read - Inside Yuvraj Singh-Hazel Keech’s Rs 64 Crore Sprawling Apartment in Mumbai- See PICS 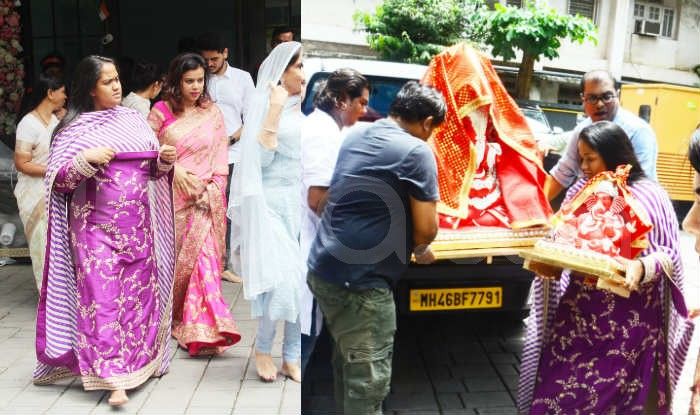 Also Read - Bigg Boss 14: Nikki Tamboli on her journey in the show, bond with Rahul Vaidya and more [EXCLUSIVE]

The same purple coloured suit was worn by actor Anushka Sharma during the promotions of Sui Dhaaga: Made in India last year. The actor styled hers rather glamorously with a giant pair of Chaandbali earrings and a middle-parted hairdo. Anushka looked stunning in that look. 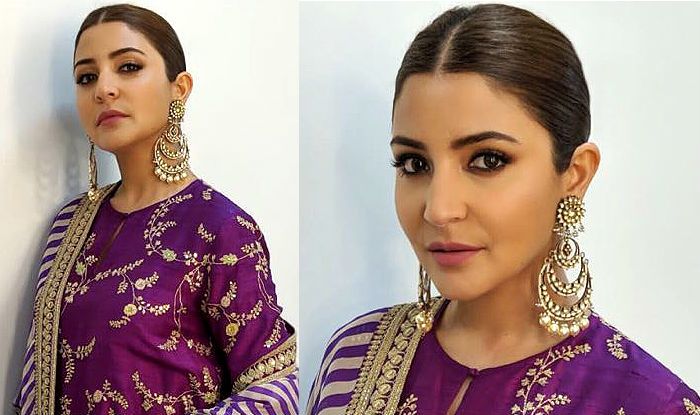 Meanwhile, a report in Mumbai Mirror earlier suggested that Arpita and Aayush are expecting their second child soon. However, the couple hasn’t officially announced the same.