Baroke: A lounge in Mumbai that takes you back in time!

Tucked away in Grant Road, this lounge offers some sumptuous delicacies in an elegant setting.

Most pubs and lounges these days are going for the bare-minimum, grunge look and offering drinks at steep prices that can range anything between Rs 2 to Rs 200. The idea is to attract customers whose agenda is to drink more for less and nibble on a few titbits that are usually the same in most of these places. And while these pubs are surely a good idea for youngsters and the last few days of the month before the salary arrives, if you are looking for something more elegant, there’s a new place in town that you should check out. Baroke Lounge is located in Hotel Krishna Palace in Grant Road which is right on the main road so it is easy to spot. We had a chance to visit the lounge last week, and here’s what we liked about it. ALSO SEE Is the new Social in Mumbai really worth your while? Also Read - 21 Cases of Delta Plus Variant Found in Maharashtra so Far, 2 in Mumbai 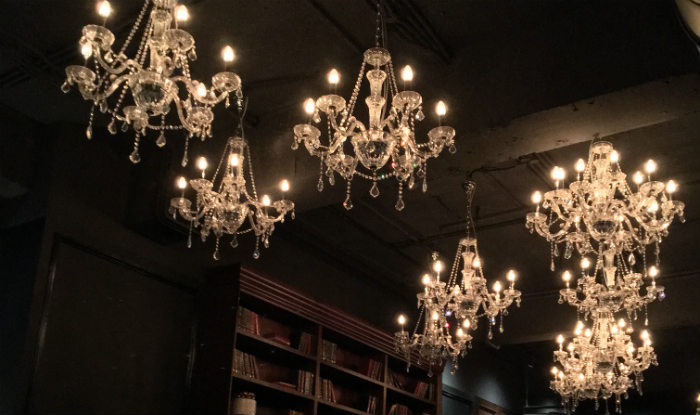 Also Read - In a First, Tree Surgeons Appointed in Mumbai to Save Vulnerable Trees From Falling | See Pics

Baroke was earlier an after-party club that many Mumbaikars frequented as it stayed open until 3 am. But after five years of surviving as a club, the owners recently revamped the place to convert it into a classy lounge. Bar stools have been replaced by couches and chairs with velvet upholstery and disco lights have given way to lavish chandeliers. There is even a bookshelf in the lounge and mirrors and line the walls at strategic places. The interiors have been inspired by the French style of baroque and are reminiscent of an era when people took the effort to dress well for a party at a fancy place. Despite being a Friday night, only a few tables were occupied and we learnt from one of the owners that it is because many still know it as a club and usually walk in post midnight. However, we were pretty impressed with the regal ambience Baroke had to offer. Also Read - Mumbai Mega Block Latest News: Local Train Services to be Affected Today. Check Timings 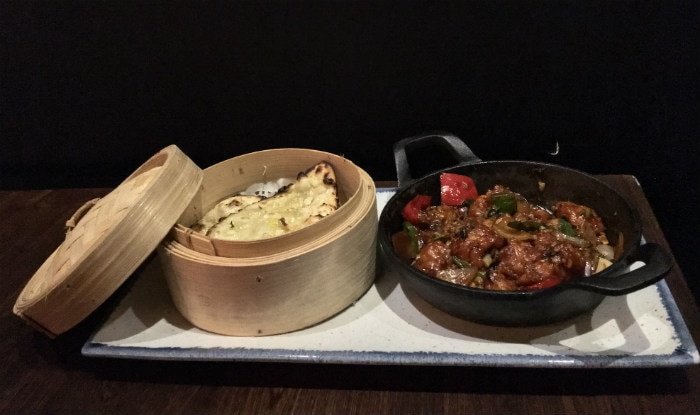 After a glance of the place, it was time to put its culinary skills to test and find out how good a cocktail it could make. We ordered two of its signature drinks, the Highland Research in Motion which had whisky, blackberry and egg white, and The Brown Shamrock which consisted of brandy, kahlua, and amaretto syrup. While both were an unusual blend of flavors, they tasted good and even though the alcohol content in both was higher than usual, you could taste the flavor more than the spirit which was a welcome change. The Shamrock tasted little like eggnog and made for a yummy drink while the Highland was more of a cooler that soothed the senses with its fresh flavors. 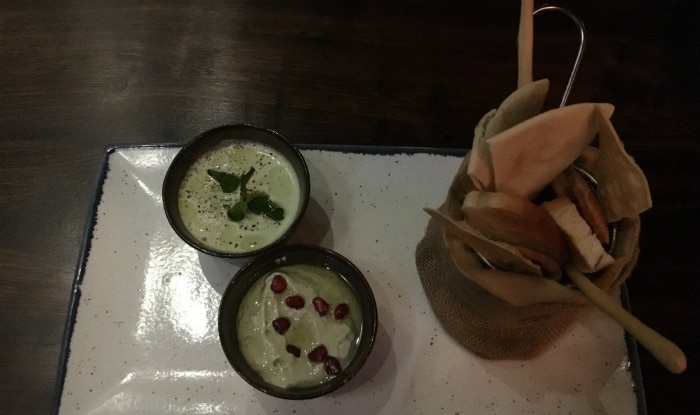 After a round of drinks, we moved on to try items from its extensive menu. Baroke’s USP is their selection of skinny dips that come with a variety of breads and make for a healthy as well as tasty treat. We had the tzatziki which was Greek yoghurt with garlic, mint and crushed pepper, the moutebel which had smoked eggplant, tahina and pomegranate and labneh which was a blend of paprika, celery and crushed pepper. While all tasted well, our favorite was certainly the last one with its fiery flavors on the palate. 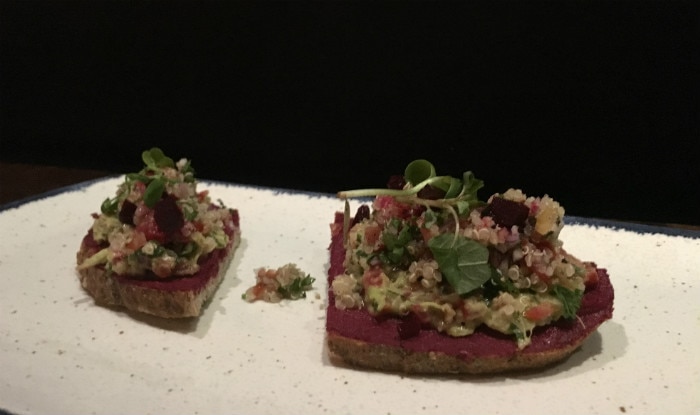 Next, we moved on to small plates where we opted for beetroot hummus, avocado and quinoa toast, Baroke fries and TCC tacos. The toast sounded fancy on the menu but a bite into it and we were reminded of desi sev puri chaat albeit its healthier counterpart. The fries were crisp and came with an apple cider vinegar spray that you could use for a tangy tingle in your mouth. However, the TCC tacos were done to perfection. Chilly chicken with baby garlic naans that need to be held like a taco and stuffed with the chicken filling was the clear winner. 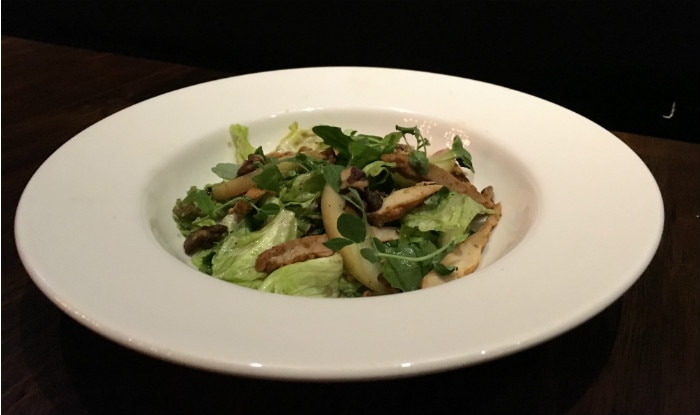 To reduce our guilt, we opted for a plate of smoked chicken, pickled apple and walnut salad that had arugula, cranberries and cider vinaigrette as well and was the just as good as its name. 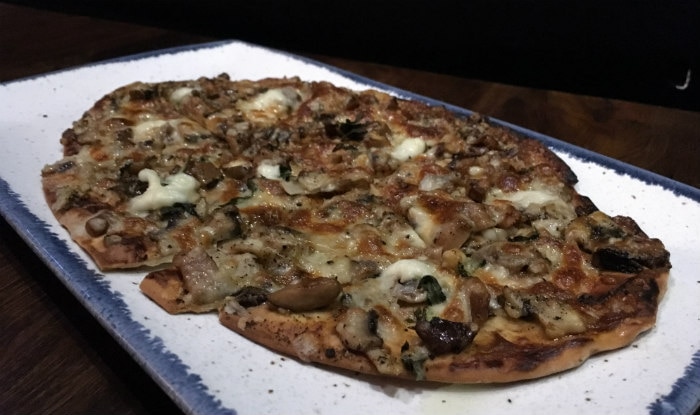 Even though we were stuffed by now, we tried the oh shitake flat bread which was more like a thin-crust pizza and one of the best dishes of the night. We ended our dinner with a bite of the wolf’s shepherd pie from its large plates selection. The pie was one big portion with multiple layers. It had minced chicken, a layer of pav bhaj’s bhaji and melted cheese on top, all baked together creating a burst of flavors and served with garlic pav. The dominant taste was of the bhaji that blended well with the chicken and cheese. 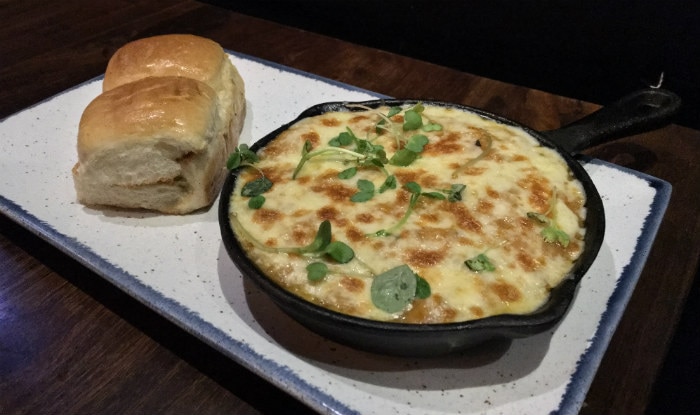 Baroke’s menu is best described as global cuisine with a contemporary twist that is perfect for the Indian palate thanks to its dash of spices and flavors. The food is fresh and delicious and much better than most other pubs. The lounge is aimed at patrons who appreciate food and are not here for just cheap drinks. Their portion sizes are quite large so make sure you have a good appetite before you enter Baroke.

A meal at Baroke will cost you about Rs 2,300 with alcohol and while this is slightly on the expensive side, the generous portion sizes makes it value for money.