Sonam Kapoor’s Rs 1.8 Lakh Bag is so Tiny That Only Your Fingers Can Fit

Sonam Kapoor flashed her million-dollar smile for the camera, with her Patsy bag which is named after American country music singer Patsy Cline.

Actor Sonam Kapoor Ahuja loves fashion and everything in between. From donning the classic numbers to adorning hidden gems, Sonam’s taste in fashion is exquisite. Not just clothes, her wardrobe is filled with designer shoes and handbags too. Her love affair with stylish micro bags is known to all. For her special date night with husband Anand Ahuja, Sonam opted for a white fluid silk crepe skirt with a matching cream top. She carried a lunchbox-shaped brown leather handbag, worth Rs 1.8 Lakh from the international label, Gabriela Hearst.Also Read - Happy Birthday Sonu Sood: Have A Look How Fans Celebrate Sonu Sood's Birthday | Watch Video

Sonam shared a new set of pictures from her date night. She also expressed her state of mind with a poem. In the caption, she shared a Rupi Kaur poem which read, “You do not just wake up and become the butterfly… Growth is a process.” Adding, “All smiles on a date night.” Also Read - From Prince And Yuvika to Riteish And Genelia, Your Favourite Stars Were Spotted Here | Watch Out

She opted for gold heels from Aquazzura and accessorized her look with a pair of studded earrings and a ring. Sonam went for a natural no-makeup glam, she opted for a nude pink lipstick, rosy cheeks, kohl-lined eyes, mascara, filled-in eyebrows. She tied her hair in a mid-parted low ponytail hairstyle. Sonam was styled by stylist and creative director Nikhil Mansata. Also Read - From Jasmin Bhasin in Orange And Black to Aditya Narayan in Blue, Know When And Where These Celebrities Were Spotted | Watch Out

She flashed her million-dollar smile for the camera, with her Patsy bag which is named after American country music singer Patsy Cline. The shape was inspired by the lunch boxes of women entering the work force during the 1940’s. The Made in Italy bag is credited to designer Gabriela Hearst. The Patsy Bag is worth $2495 on the designer website which is approximately Rs 1,83,029. 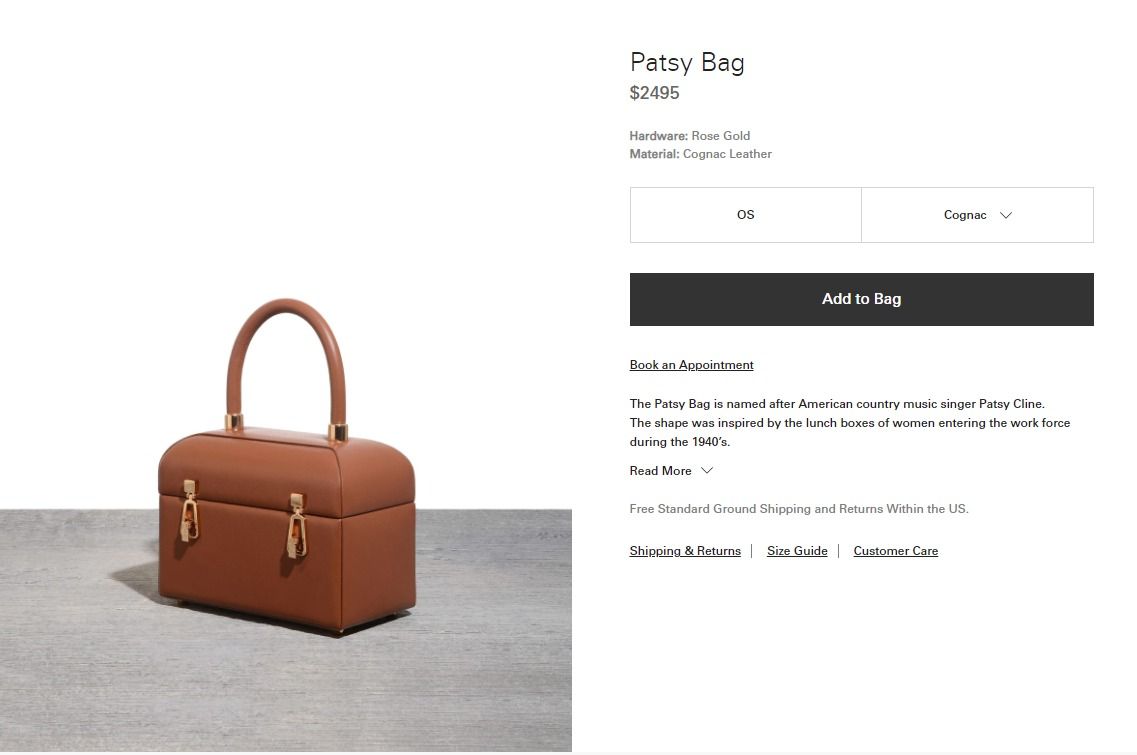 On the work front, Sonam will appear next in Shome Makhija’s film, Blind.

What are your thoughts on Sonam Kapoor’s date night look?