Rocking her Indian attire, Disha Patani makes you weak in the knees in this Kung Fu Yoga trailer with Sonu Sood and Jackie Chan.

Disha Patani is one of the most beautiful actresses to have hit the big screens of late. Her performance in the successful Bollywood biopic M.S. Dhoni The Untold Story fetched her several accolades. She also flaunted her stunning dance skills when she posted a video of her grooving to the beat pe booty song to promote Tiger Shroff‘s A Flying Jatt. And now, Disha is all set to appear alongside none other than the king of action and Kung Fu Jackie Chan in his upcoming movie Kung Fu Yoga. A new trailer of the film was released and Disha looks oh-so-gorgeous in the trailer. The film aslo features the extremely talented Sonu Sood who looks quite dapper too!Also Read - Kangana Ranaut is 'Tiger Shroff Plus Hrithik Roshan' in Dhaakad Trailer 2, Says Ram Gopal Varma, Do You Agree? - Watch Video 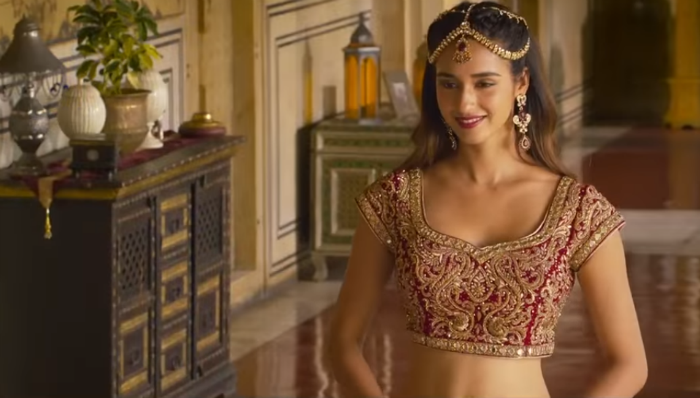 The trailer shows Disha in her Indian attire wearing a a stunning fishtail lehenga clubbed with an embroidered choli with some intricate work. Paired with her beautiful earings and head gear called maang tikka, Disha Patani’s look is as bridal as it gets in India. Needless to say that Disha has carried the look off like a princess. (ALSO SEE These pictures of Taramani actress Andrea Jeremiah prove that she is Bollywood ready!) Also Read - Video: Disha Patani, Nawazuddin Siddiqui,Kapil Sharma Glamed The Screening Of Tiger Shroff And Tara Sutaria's Heropanti 2 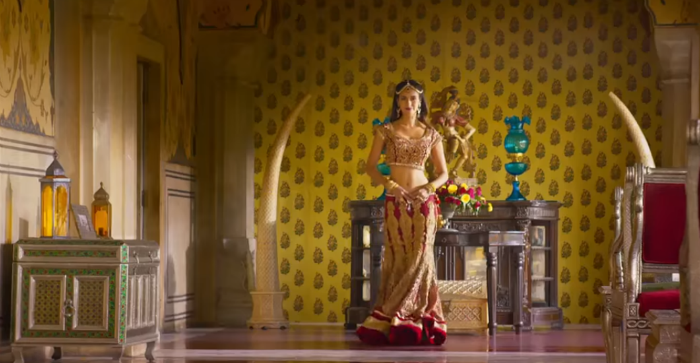 The trailer looks thrilling like all Jackie Chan movies. You can see Jackie and Disha in several Indian backdrops, the Amer fort in Jaipur being most prominent among them. Though in Mandarin, the trailer gives you a fair idea of the movie and how exciting it would be. From the look of it, Disha seems to be playing a prominent role. (CHECK OUT Kiara Advani style files: Sushant Singh Rajput’s muse Kiara’s stylish Instagram look book! View pics) Here is a look at the new Kung Fu Yoga trailer: