Divyanka Tripathi Gets Trolled For Allegedly Copying Sabyasachi, Actress Apologises And Hits Back

Divyanka Tripathi wore a belt that had the same 'tiger' detail that belongs to Sabyasachi's signature collection.

Actor Divyanka Tripathi just got trolled for wearing a belt allegedly inspired by Sabyasachi’s signature Bengal Tiger belt collection. The actress was wearing a beige coloured dress with a belt at the waist. An Instagram handle popular for picking up celebrities wearing a rip-off of the original outfits/ brands, called out Divyanka’s choice of adding that belt to her look. Here’s the post:Also Read - Divyanka Tripathi Gives Befitting Reply to User Who Accused Her For Copying Condolence Post For Lata Mangeshkar

https://www.instagram.com/p/BtIbE_gnbX9/ Also Read - Divyanka Tripathi Breaks Silence on Facing Casting Couch in Industry: 'You Have to be With This Director'

The post got all kinds of reaction with some praising the handle for calling out such scams to criticising it for being mean and making an issue out of nothing. Some also asked the handle to not troll celebrities but their stylists as in most cases, the celebs don’t know who and what they are wearing. Here are some comments: Also Read - TV Industry Diwali Bash: Adaa Khan To Aly Goni, TV Celebrities Who Were Spotted At Diwali Parties | Watch Video 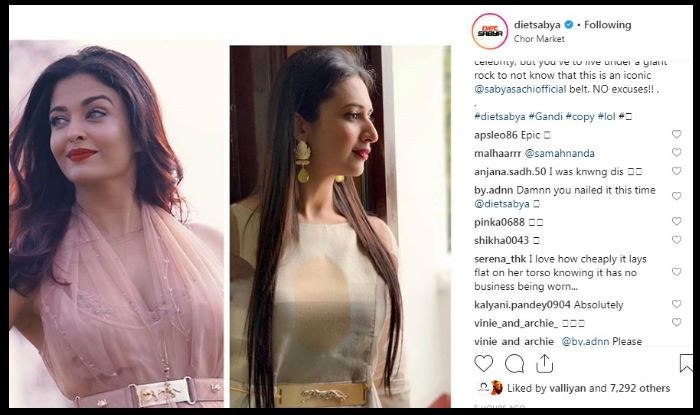 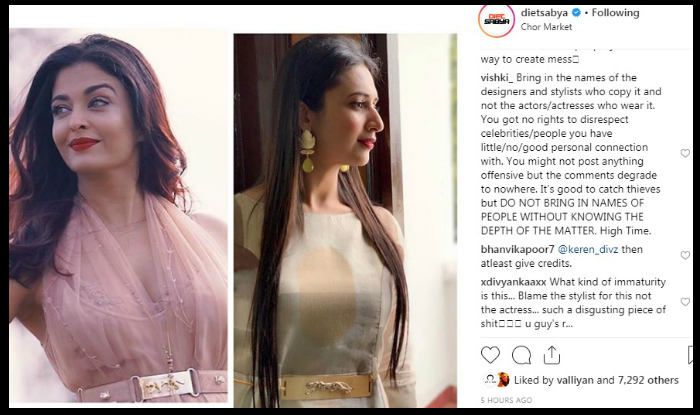 What is striking is what Divyanka commented on the post. The actor apologised for not being careful with her pick of the belt. However, she slammed the handle for being unnecessarily rude to her. She wrote, “My genuine ignorance maybe a big fashion crime for you…but you guys definitely have the guts to be rude to another level. 🙏 Thanks for pointing out the mistake.
No thanks for being inhuman and harsh!” (sic) 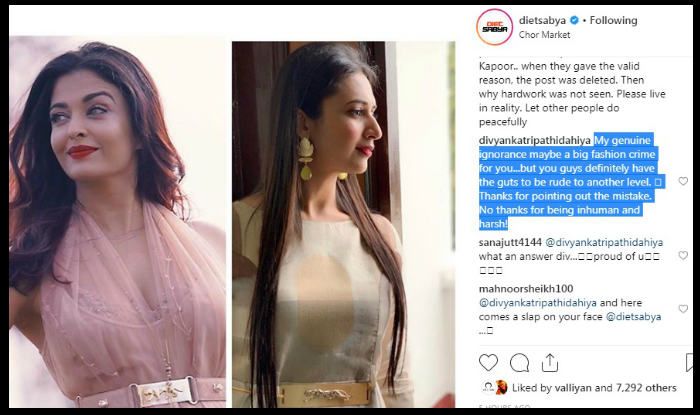 While the handle is appreciated for keeping an eye on the ‘copycats’ of the industry, it has also faced backlash for being too harsh in its posts. In fact, actor Sonam Kapoor and her sister Rhea Kapoor criticised the handle for trolling their designer friend Anamika Khanna by alleging she copied the ‘AK-OK’ detail of her latest collection. Sonam even dedicated an entire post revealing that Anamika found strength in her difficult times from what her sons told him. Soon after her post, the handle removed the post blaming Anamika of copying someone else’s design.