How to wear a condom: Step-by-step guide to using a male condom correctly!

This step by step guide will tell you how to wear a condom correctly for safe sex.

For the uninitiated, condom is one of the best products used during sexual intercourse to reduce the chances of pregnancy and even sexually transmitted infections.  Time and again, people have spoken and written about how important it is to use a condom. You can prevent unplanned pregnancies and also stay away from any kind of infections. There have been several doubts and queries about a condom and how to wear a condom. There are two types of condoms that you get- the male and female condoms. You get the condoms in both rubber and latex.  Here we will tell you on how to use a male condom with the help of step by step guide. ALSO READ How to use female condom: Step by step video guide to use a femidom before having sex Also Read - Condom or not: Shouldn't women have equal say in contraception? #FairSexFairSay

1. Store a condom in a cool place

Always store a condom in a dry place and make sure there is no direct sunlight falling on the condom.  Condoms always come in wrappers and you need to tear the wrapper. You will see the easy to tear edges on it.  Never carry a condom in your back pocket or boxes. Men usually have the habit of storing it in their wallets or pockets, avoid doing this. Tear the wrapper only when you want to use it. 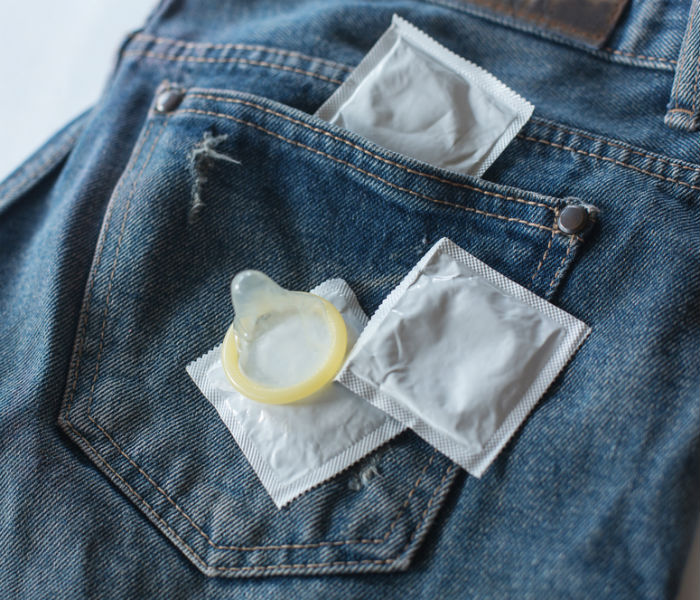 2. Check the expiry date of the condom

Always check the expiry date of the condom before you buy it. Using an expired condom is obviously of no good use. It can tear and the whole purpose is defeated. Also check for any previous tears, discoloration or brittleness. If you find any of these, just throw it away and get new ones.

3. Tear the wrapper of the condom

If you feel the condom closer to the tear area of the wrapper, push it away first. Once you feel only the wrapper, tear it. You often will find zigzag edges that are meant to be easy to tear edges. For a man who uses opens a condom right before the act, this is convenient because it is quick.  It is always best to tear it with your hands. Avoid using scissors or teeth to tear the wrapper. You might end up having a torn condom.  And if this is your last condom, party over guys!

4. Find the rim of the condom

This can be quite tricky in the initial few attempts. It is very important to understand which way the condom rolls.  Do not roll your condom too much. Roll it a little bit and just pinch the tip of the condom. If the condom is rolled in the right direction, you will see a rim else it will be pretty smooth. 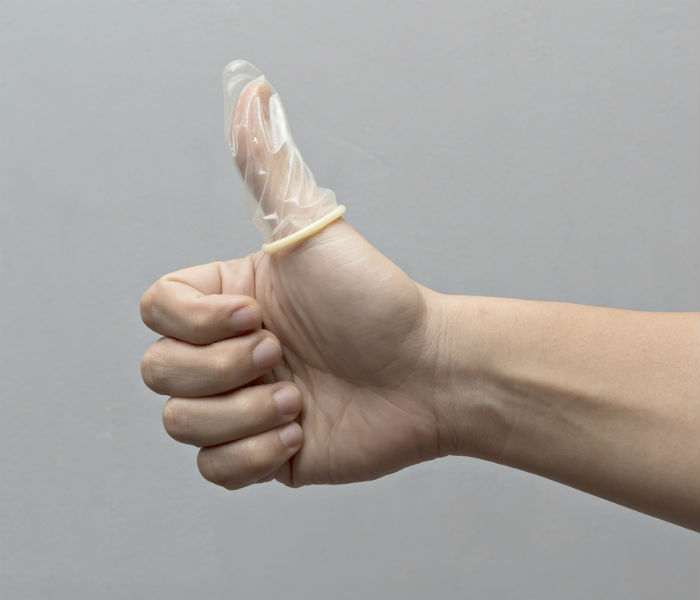 5. You can use lube on your condom

Use some lube in the inside of the condom. The part that will touch your penis is where you should put the lube. Just put a small amount so that rolling in on your penis will be easier. If you do not prefer use a lube, you can opt for condoms that come with lubricants. ALSO READ OMG! This smart condom will tell you how good or bad your sexual performance was!

6. Your penis has to be fully erect to use a condom

You can wear a condom properly only if your penis is fully erect. It should feel fit on your penis else chances of it falling off are high. The condom should roll from the package to your penis smoothly and quickly. If you have used a condom already and it didn’t fit properly, do not try to reuse it.

7. Once you put it on, pinch the top tip

Now you have put on the condom, what you have to do next is pinch the tip of the penis. This will give it some space for the semen to collect because it creates an air pocket.

8. Withdraw the penis immediately after your ejaculation 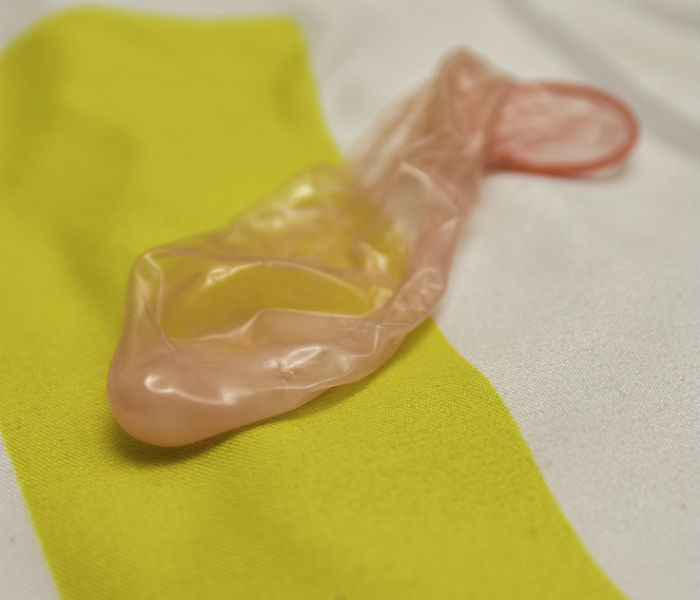 10. Use it every time you have sex

Practice safe sex so that you do not have to go through the worse health implications later. Always wear a condom during sex.