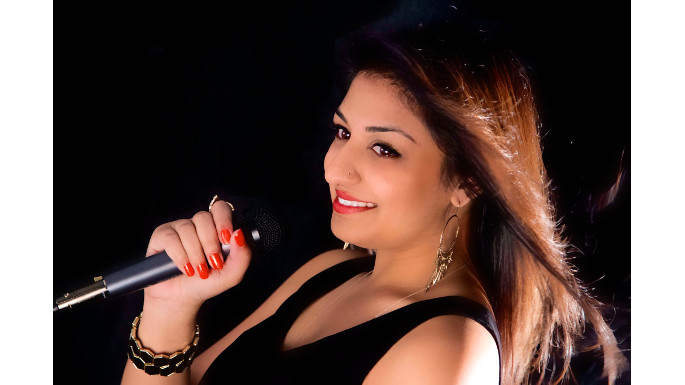 Patel comes from a family of music lovers, since the first music lessons were taught by her mother in the form of shlokas and bhajans. Being a devotee of Bhagwan Swaminarayan, Patel attended several spiritual events at the various BAPS Shri Swaminarayan Mandir temples. These occasions served as great outlets for Patel’s hidden talent and were where she first showcased her talent in singing and piano. Also Read - Badminton's World Junior Championship Cancelled Due to Coronavirus Pandemic

Even through Patel’s journey with music, she’s also found a way to excel in academics. She is attending Edward Via College of Osteopathic Medicine – Carolinas Campus. Patel said it is because of her mother that she is able to wear different hats and give her best in everything she takes up. From a young age, Patel’s mother enrolled her in dance, piano and tennis lessons.

“Whatever it takes, I will somehow, some way get it all done,” Patel said.

She said her musical inspirations come from an array of Bollywood and American singers.

“My inspiration comes a lot from Shreya Ghoshal, a goddess of musical talent when it comes to current Bollywood music style, and Christina Aguilera and Jojo for American music. I have always admired them, so I think my style of singing has stemmed a lot from listening to them.”

Patel said when people tell her that she sounds like Ghoshal, she is not surprised. She said it’s because she always turns to Ghoshal’s songs and tries to mimic her style.

While Patel said she loves Indian classical music, she said it is not an easy feat to perfect.

Patel’s exposure to Indian classical music was through sargams and bhajans, taught by her guru Chandrakantha Courtney, during summer breaks.

“Although it was for a brief period, it did give me a little platform/basis that I could use to teach myself then on,” Patel said.

“I remember when I played the harmonium and sang at the same time. It was the first time I had ever attempted that. I was a bit nervous initially, but with time I gained more confidence.” she added.

“I love the variations in classical music, ” Patel said. “I think it’s a unique talent to be able to sing classical music because it’s not something that just anyone can learn and master — it takes natural ability.”

One of Patel’s favorite styles is the fusion of Bollywood and American music, she said.

“I think it’s so awesome when the two styles blend so well,” Patel said. “It’s also really unique and I think the audiences prefer something creative like that versus just singing a cover of a song.”

Nowadays, singing talent and music reality shows have become synonymous with each other. When asked about her take on the present day music reality shows and their role in paving paths to success, she said “it is only temporary fame as far as singing goes.”

She said the music industry is so competitive now, that it’s hard to get your big break.

“It’s rare that someone gets a chance to become a booming Bollywood playback singer,” she added.

Patel recently joined a South Asian a capella group, which she was the turning point in her musical career, because it gave her the confidence she needs to further her singing ability.

“It [singing] was something I did for fun at home,” Patel said. “But after being a part of this group, it was the first time I was singing in front of a huge number of audiences, but as time has passed it is not a ‘butterflies in the stomach’ kind of experience anymore.”

Also after joining the group, Dixi said she realized she has a good ear for being able to fuse American and Hindi songs together.

Considering that a capella is singing without instrumental accompaniment, Patel said some groups use their voices to emulate instruments.

Coming up with the parts for each person and arranging it can be a little tricky when trying to make the song sound as true to the original song, she added.

As for becoming noticed on a national level, Patel said a singer’s tone distinguishes a great singer from a good one.

“They both may be able to sing well and have the same level of skill, but the person with a nicer tone of voice is definitely going to stick out and catch people’s attention more.”