If it seems like every other day a rape in India makes headlines, it’s still not often enough. A 13-year analysis by the Commonwealth Human Rights Initiative of crime data in 28 states showed more than 2.6 million rapes between 2001 and 2013 — meaning more than 57 incidents of rape were reported on average everyday, two rapes occurring hourly. 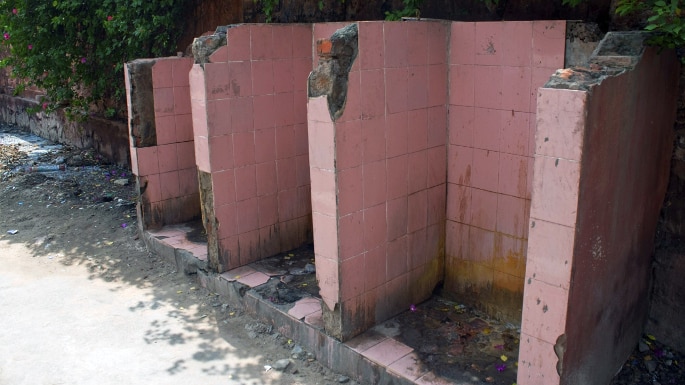 If it seems like every other day a rape in India makes headlines, it’s still not often enough. A 13-year analysis by the Commonwealth Human Rights Initiative of crime data in 28 states showed more than 2.6 million rapes between 2001 and 2013 — meaning more than 57 incidents of rape were reported on average everyday, two rapes occurring hourly. Since 2013 that number has only gone up, according to figures released by the National Crime Records Bureau, which reports an average of 92 women were raped everyday last year — making that hourly average more than three.

Then there’s this grisly fact that elevates the issue to an entirely new level: These are only the reported rapes. In a country where women are still objectified, suppressed and often humiliated by their communities, let alone the police, it’s horrifying to imagine how many violent acts against women happen everyday. Whatever the number, it’s far too many. As Prime Minister Narendra Modi eloquently said in his Independence Day address, India should “hang its head in shame” over this ongoing crisis. The time is truly overdue for the largest democracy in the world to wake up and address a series of simple issues plaguing India’s women and depriving them of basic, human rights. Perhaps then, Indians can truly gain the right to puff out their chests and proclaim, “Jai Hind!”

In 2014, a private bathroom is still a luxury for millions around the world, including India. A discreet, hygienic, and most importantly, safe place to use the restroom in the privacy of a woman’s own home or school could be a determining factor for so many Indian girls. Last May, two teenage girls from a village in Uttar Pradesh were raped and hanged from a mango tree for their families to find the next morning. Their crime? The girls went to the fields in the middle of the night to relieve themselves.

U.N. figures show that more than half of India’s population, about 665 million people, don’t have access to a private bathroom. Even in places where public restrooms are available, many women hesitate to use them due to poor upkeep and because they serve as a hot spot for men to harass women.

“Around 65 percent of the rural population in India defecates in the open, and women and girls are expected to go out at night,” UNICEF representative Louis-Georges Arsenault told AP News in a statement.

“This does not only threaten their dignity, but their safety as well,” he added.

Teenage girls in rural India are suffering from misplaced blame and societal taboos, all while their perpetrators escape punishment time and time again. Consequently, women — especially those in rural areas — are left with very little choice, but to do something every creature must do to live.

“The evenings are really scary. The young men, sometimes drunk, pass indecent remarks, and we can do nothing.” Sarita Kuswaha, 50-year-old mother of two, said. Kuswaha was similarly attacked in the fields of her village home in Uttar Pradesh.

“I told my mother-in-law, but she asked me to keep quiet because that person was a relative of the village head,” sh e added.

Modi seems to be fully aware of the lack of basic sanitary restrooms — for the lack of a better word — an embarrassment for the largely developed country.  In celebration of what would have been Mahatma Gandhi’s 150th birthday, India’s new charismatic prime minister recently committed to literally cleaning up India by 2019, addressing the overwhelming filth on Indian streets and the polluted holy river Ganges. One particularly ambitious goal he has set: Get a toilet in every Indian home within five years.

“I’m a very modest man.” Modi told a packed Madison Square Garden on September 28, during his U.S. tour, as he pledged his commitment to resolve India’s sanitation issues. “And that’s why I plan to do big things for modest people.”

More toilets can do a lot for India’s modest people, especially those at the lowest rung of India’s well-known caste system. Some 1.3 million “Untouchables,” as they are often called, are working as manual scavengers to clean up human excrement from open roads, dry pit latrines and railroad tracks with their bare hands, according to the International Dalit Solidarity Network. Although Indian law prohibits such menial work, the inescapable caste system by which so many Indians abide traps low-caste people from doing anything else. To eat and maybe make a rupee (or two U.S. cents) a day, these scavengers clean up human waste around India, in a way that no person should ever have to.

Nonprofit organizations like  Sulabh International, which has worked since 1970 to bring environmentally friendly and affordable toilets to 1.2 million homes and install another 8,000 pay and use basis public facilities, are far ahead Modi’s mission in providing clean and safe facilities for Indians. The group constructed toilets in 108 houses in the village of Katra Sadatganj, where the two raped teenage girls lived.

“Absence of toilets in houses, particularly in rural areas, is behind such incidents of rapes and sexual assaults in villages, Sulabh’s founder Dr. Bindeshwar Pathak told The Hindu. “This campaign is the most fitting tribute to the girls whose death triggered a national debate on women’s rights to safe toilets. I hope the government wakes up to this mammoth challenge and starts building toilets in each household on a war-footing.”