Isha Ambani’s Golden Lehenga at Her Wedding Reception Had Something Special About it; See Pictures

It's rare to see an international designer curating something traditional for an Indian bride. Isha Ambani does the most unthinkable by wearing that lehenga at her wedding reception

Isha Ambani and Anand Piramal hosted their second wedding reception last night, on December 15 in Mumbai. Apart from the big names from the political world, the who’s who of the Hindi film industry also attended the big event. The entire Ambani family posed with the Piramal family for the camera and every picture spoke volumes about the warmth in relationships they share.

For the reception, while Nita Ambani chose a pink-peach Abu Jani & Sandeep Khosla lehenga, for the bride, it was a custom made lehenga from an international designer. Seldom do we see an international designer creating something which is essentially rooted in Indian culture… say a saree or a lehenga. Therefore, Isha wearing a lehenga, in its original sense and not a modified version of the dress, is definitely appreciable. The bride’s lehenga was from Valentino, a luxury fashion brand, popular internationally. Check out the pictures here: 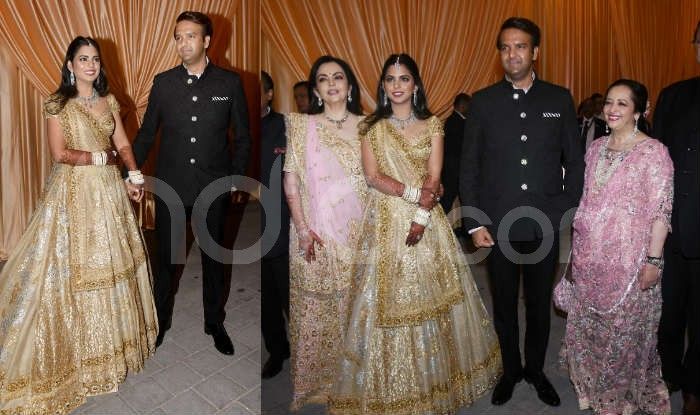 Isha’s golden lehenga had layers and a side trail. A lot of volume, golden embellished blouse and sheer dupatta added the required charm to her outfit. Isha styled the lehenga with heavy diamond jewellery and subtle makeup, making a gorgeous combination of golden-silver stood out. 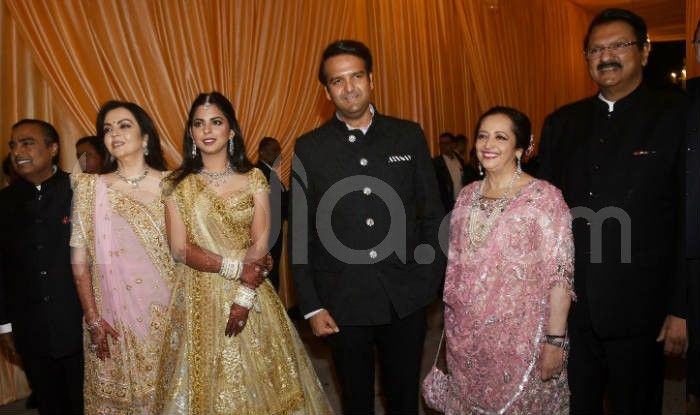 Isha has donned lehengas in all her wedding functions. For the wedding, she wore a heavily embellished Abu Jani & Sandeep Khosla golden lehenga and added her mother’s bridal saree as a dupatta. For her Sangeet, she chose an ornate purple Manish Malhotra lehenga with diamond jewelley. The 27-year-old looked radiant in all her appearances. 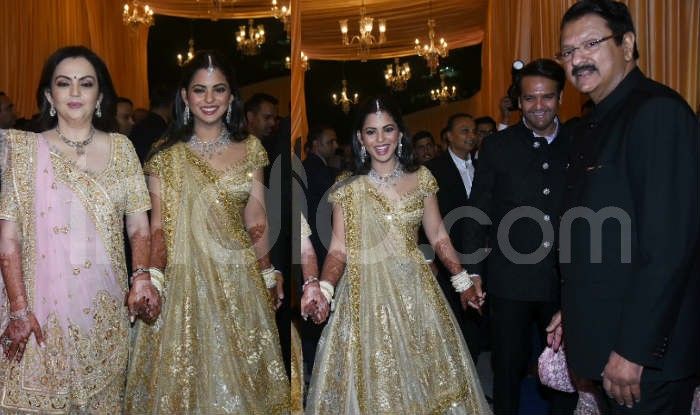 Meanwhile, for the uninitiated, Isha and Piramal met each other at Ivy League and remained friends ever since. Their families also share a good bond. Earlier this year, Anand proposed Isha for marriage in Mahabaleshwar in Maharashtra. The duo got engaged in May this year post which the Ambanis threw a lavish bash to celebrate their engagement. Meanwhile, Isha’s brother, Akash Ambani is also set to te the knot with fiancee Shloka Mehta. The duo will reportedly be getting hitched next year.