There has been a lot of hullabaloo over Ivanka Trump’s visit to Hyderabad. Hyderabad has been on a cleaning drive with beggars, peddlers and street dogs evacuated and relocated in the anticipation of the US President Donald Trump’s daughter’s visit. Ivanka Trump is currently in India to attend the Global Entrepreneurship Summit 2017 and will be dining with Prime Minister Narendra Modi tonight along with other dignitaries like External Affairs Minister Sushma Swaraj. Ivanka Trump who is usually turned out in the best of dresses and has her makeup bang on could not live up to the expectations in her second appearance. Her first public appearance saw her flaunting a black jacket outfit with Indian designs made out of white pearl embellishments, the second appearance proved quite a drab. She wore a gaudy, green coloured dress in silk with black pumps which did nothing more than flaunt her svelte figure. She wore this dress to the actual Global Entrepreneurship Summit and it actually proved a complete disaster.

The yellow and pink flowers on the dress gave it a dull look and took away the sheen of the green silk. The dress had a weird keyhole neck which gave it a kimono-style look which was not at all flattering. Ivanka Trump teamed the dress with black pumps. If she had worn shoes in either nude or mild pink colour or even tan or yellow, it would have complimented the dress well but the black pumps were a total no-no. Are Stray Dogs Getting Poisoned in Hyderabad For Ivanka Trump’s Visit For Global Entrepreneurship Summit?

Check out Ivanka Trump’s dress in photos below: 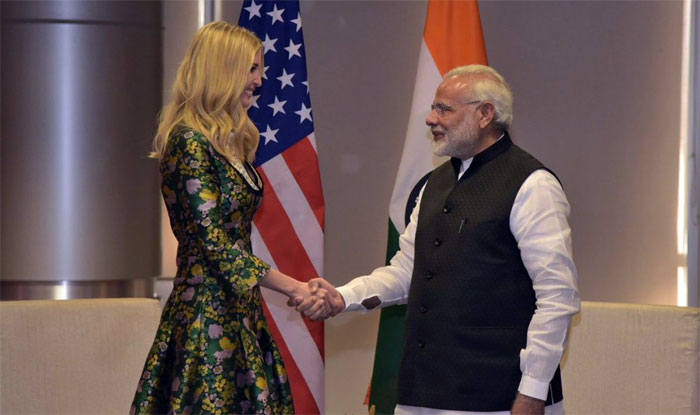 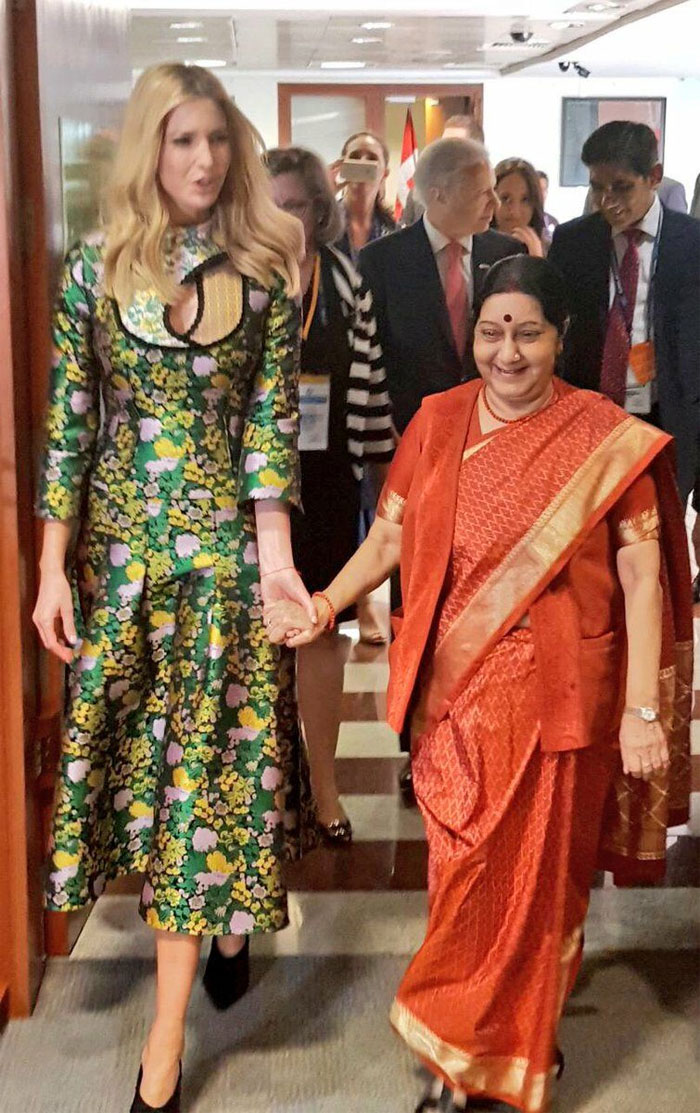 Ace Indian designer Neeta Lulla has been commissioned to design a dress for Ivanka Trump which hopefully will be better than what she was wearing today. As reported by Newstrack, Neeta Lulla said in a statement, “As stylish and elegant as Ms. Trump is, her ensemble too will be intricate and exquisite. We are honoured to present an exclusive bespoke collectible inspired by the Vrindavan Symphony which is our tribute to the celebrated Radha-Krishna fable.” She further said, “It has a motif of the traditional musical instrument sitar, which has its roots… in classical music… and is inspired by the Vrindavan Gardens where the impeccable portrayal of the divine romance was performed as ‘Raas Leela’. We have created a signature ensemble using the traditional sari restyled into an elegant gown. Dawned in ivory and golden silk threads, this gown has a ‘sitar’ on the trail made of finely woven silk from the historic city of Varanasi.” Hopefully, Neeta Lulla will not disappoint and ensure that Ivanka Trump makes a statement with the ensemble.