The Mumbai reception of actors Deepika Padukone and Ranveer Singh was a grand affair. Bollywood celebrities kept their stylish foot forward at the event, as expected. From Shah Rukh Khan, Amitabh Bachchan to Kareena Kapoor Khan and Katrina Kaif, many stars graced the party and gave best wishes to the couple. Janhvi Kapoor, along with her sisters Khushi Kapoor and Anshula Kapoor, attended the reception. She looked stunning in a yellow saree. Also Read - Ranveer Singh Gets Most Difficult Role of His Career as he Signs Shankar's Anniyan - All You Need to Know About Film

While  that colour did wonders on the actress, Janhvi’s drape left us in an iffy.  The Dhadak star gave her saree-pallu a spin by tying it in an unusual manner. She let the heavily embellished blouse be the highlight of her look and therefore, Janvhi didn’t carry her saree-pallu from the front. Rather, she held it like a dupatta on one shoulder. A mangtika and a pair of big earrings finished her look. Also Read - Deepika Padukone Resigns as MAMI Chairperson - What Does it Mean And Why is it Important?

Check out her pictures from the event: 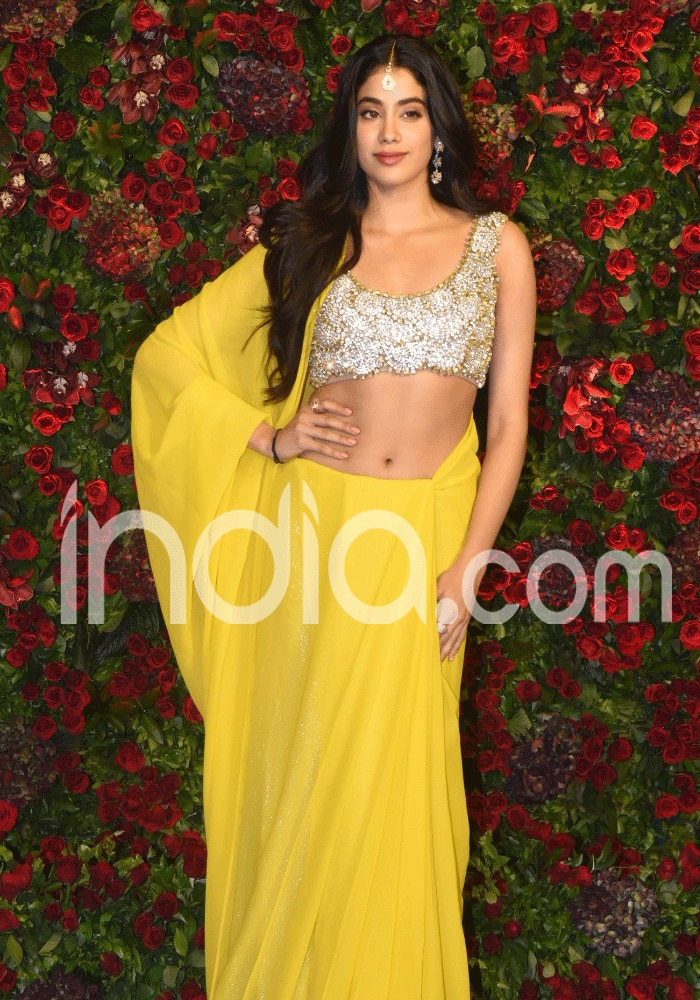 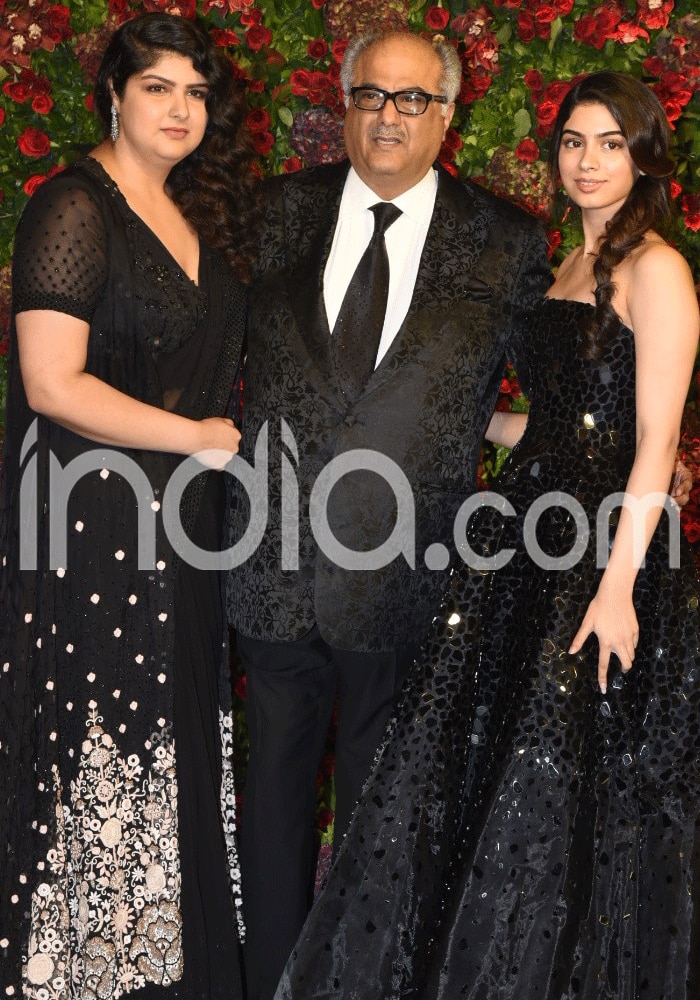 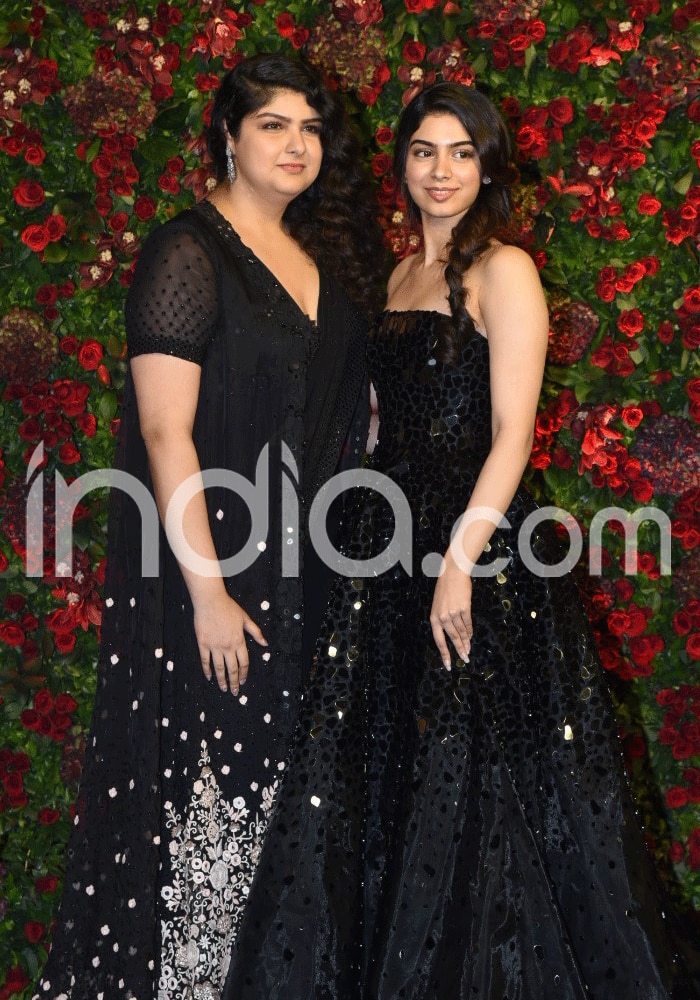 While Janhvi sure knows how to rule a red carpet, this particular look couldn’t really fall at par with our expectations. The actress, who has always been a fashionista, to her credit though, made it work.

Lately, the actress was seen in Karan Johar’s celebrity talk show, Koffee With Karan 6. She shared the couch with Arjun Kapoor. The siblings spilled many secrets and made the episode entertaining.

The actress made her Bollywood debut with Dhadak. The film also featured Ishaan Khatter. It was the Hindi remake of Marathi blockbuster Sairat. The film did a decent business at the Box Office. She has also signed Karan Johar’s Takht, that also stars Anil Kapoor, Vicky Kaushal, Ranveer Singh, Kareena Kapoor Khan and Bhumi Pednekar.

On a related note, Deepika and Ranveer tied the knot on November 14 in Italy. It was a private ceremony which was attended by only close friends and family. The couple hosted their first wedding reception in Bengaluru on November 21. Ranveer is gearing up for the release of his upcoming film, Simmba. It is directed by Rohit Shetty and is all set to hit the screens on December 28.