Janhvi Kapoor who recently made her big Bollywood debut with Dhadak already has a huge number of fan followers. The young actor who is also a fashionista seems to be following her older sister Sonam Kapoor‘s footsteps when it comes to fashion. She was recently spotted in a basic white t-shirt and tight metallic blue skirt.Also Read - Uorfi Javed Reacts to Alia Bhatt's Pregnancy, Says 'Begani Shaadi Mein... | Watch Viral Video

Janhvi, who never fails to impress the fashion police with her fashion sense was spotted earlier today in a basic white t-shirt which she teamed it with a blue metallic mini skirt and colourful heels. With wavy messy hair and subtle makeup, Janhvi gave a sweet smile to the camera. Also Read - Katrina Kaif Loves Hrithik Roshan's Beardo Vibes, Hubby Vicky Kaushal Says 'We Need To Talk' 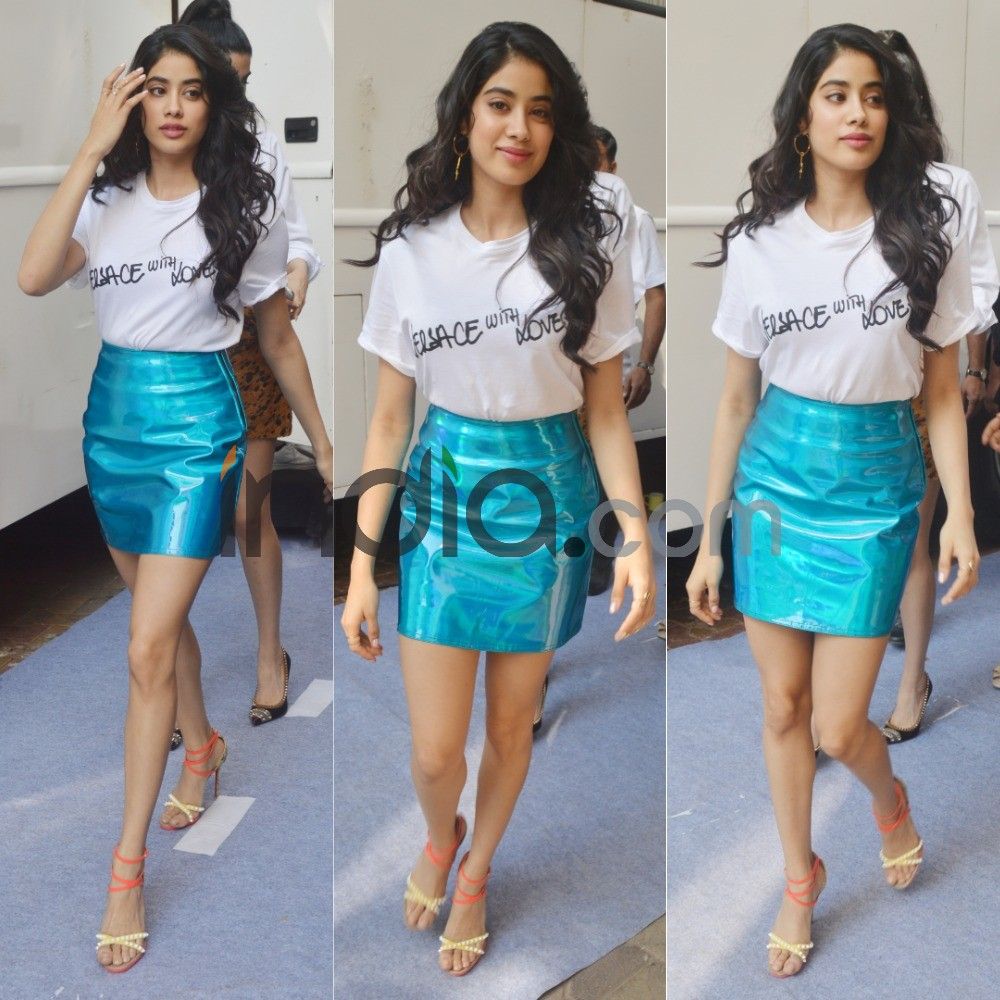 She was earlier spotted in a gorgeous tribal inspired outfit by Anamika Khanna at the 25th edition of SOL Lions’ Gold Awards. With subtle makeup, hair tied in a perfectly neat ponytail and heavy jewelleries, Janhvi looked drop-dead-gorgeous as always. The way Janhvi carries herself is just incredible. Also Read - Alia Bhatt To Enjoy A 'Quick Babymoon' With Ranbir Kapoor Before Returning Back To Mumbai: Report

Janhvi made her big Bollywood debut with Dhadak with Ishaan Khatter. Though the film got mixed reviews from the audience, her performance was praised by many. Her fans are now eagerly waiting to see her in her next film. Talking about her fashion game, the young actor has always left the fashion police impressed with her incredible dressing sense. Seems like she is following her older sister Sonam’s footsteps when it comes to fashion.

On the work front, Janhvi is busy with the preparation of her next film, Dharma Productions’ Takht. The film also features Ranveer Singh, Kareena Kapoor Khan, Vicky Kaushal, Alia Bhatt, Bhumi Pednekar and Janhvi’s uncle, Anil Kapoor. It’s Karan Johar‘s next big directorial and is going on the floors from mid-2019.