Actress Janhvi Kapoor looked stunning in casual attire as she celebrated the birthday of her sister, Shanaya Kapoor. The lady proved that she gives more importance to comfort than glamour. Janhvi wore a green shirt which she teamed up with blue jeans. The actress was all smiles for shutterbugs. Also Read - Khushi Kapoor Sizzles in a Super Hot Purple Bikini, Shanaya Kapoor Says ‘On Fire’ | See Viral Pics

She tied her hair into a ponytail and was seen in minimal makeup. Also Read - Janhvi Kapoor Shares Sizzling Hot Bikini Picture As She Soaks In Sun And Water Midst Of Sea, Fans Say 'Have Some Mercy'

Along with Janhvi, Khushi Kapoor, Arjun Kapoor, Boney Kapoor and Suhana Khan also made the day special for Shanaya. The pictures are here and it will surely make you a fan of Janhvi’s sartorial choices. Also Read - Janhvi Kapoor Looks Sensuously Hot in Bright Orange Bikini, Manish Malhotra Drops Hearts 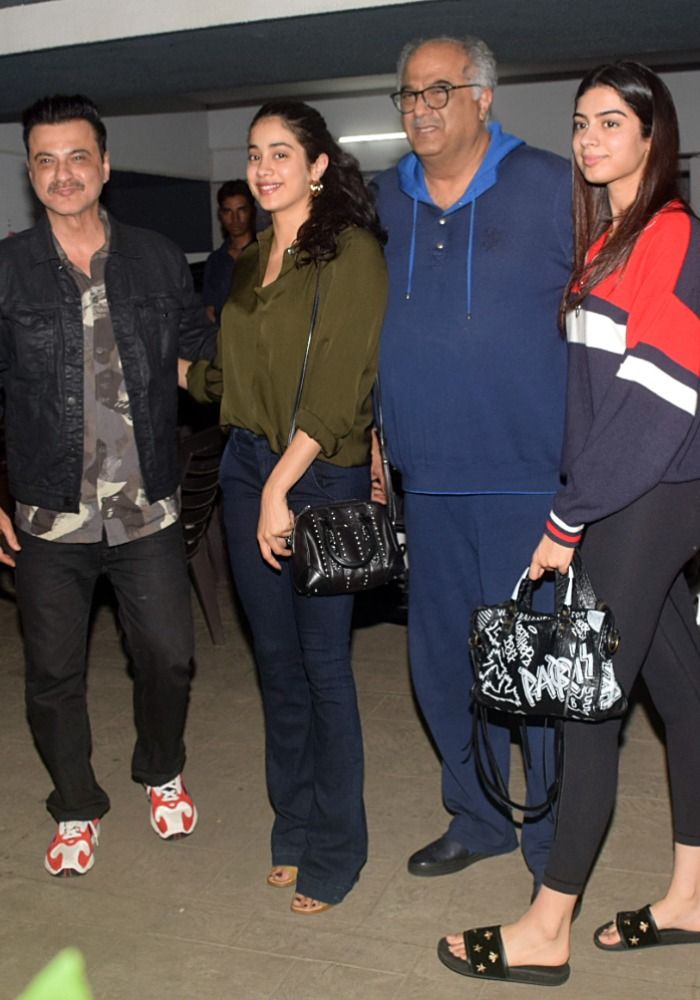 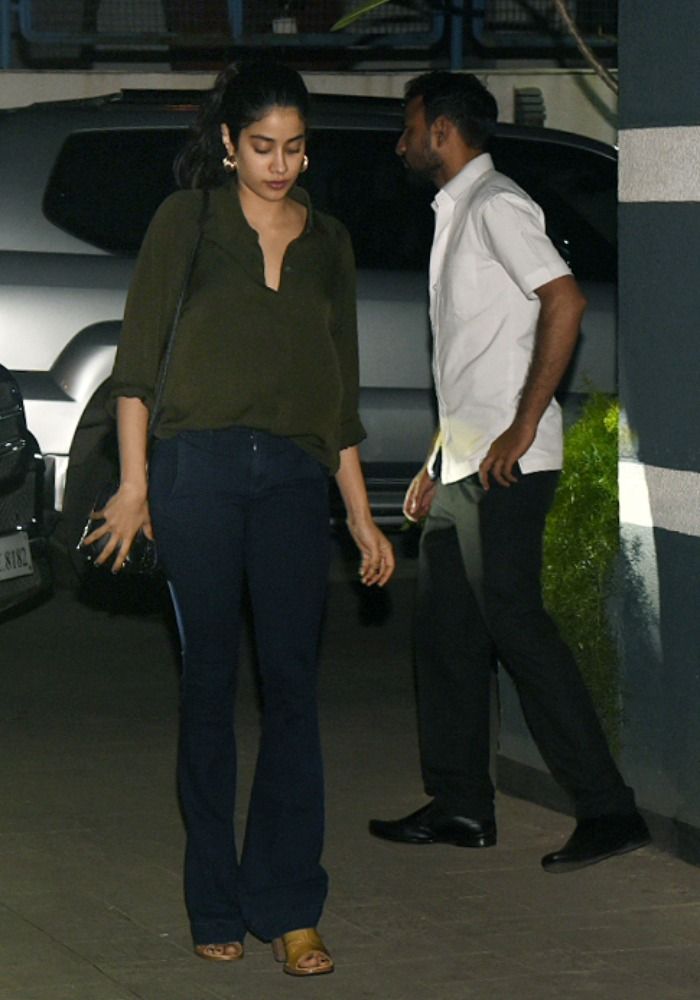 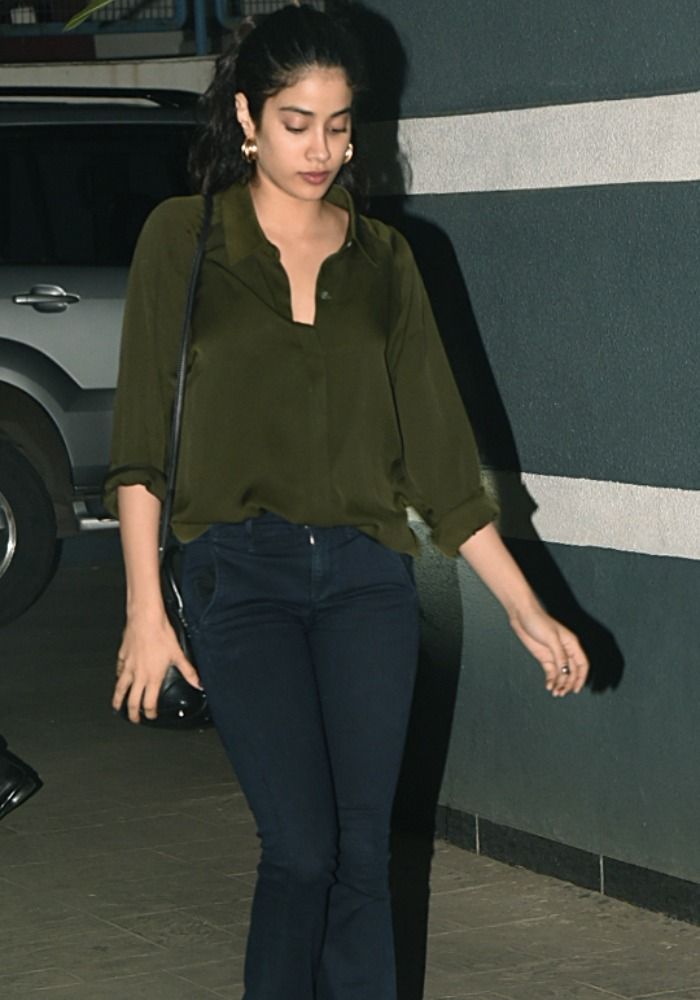 From rocking the airport look to walking the red carpet in style, Janhvi never fails to give style goals to her fans. She always manages to impress fashion police with her style sense. Lately, the actress graced the Vogue Women of The Year Awards. She looked super hot in a golden shimmery high-slit gown. She kept her hair open and went for the nude makeup look. 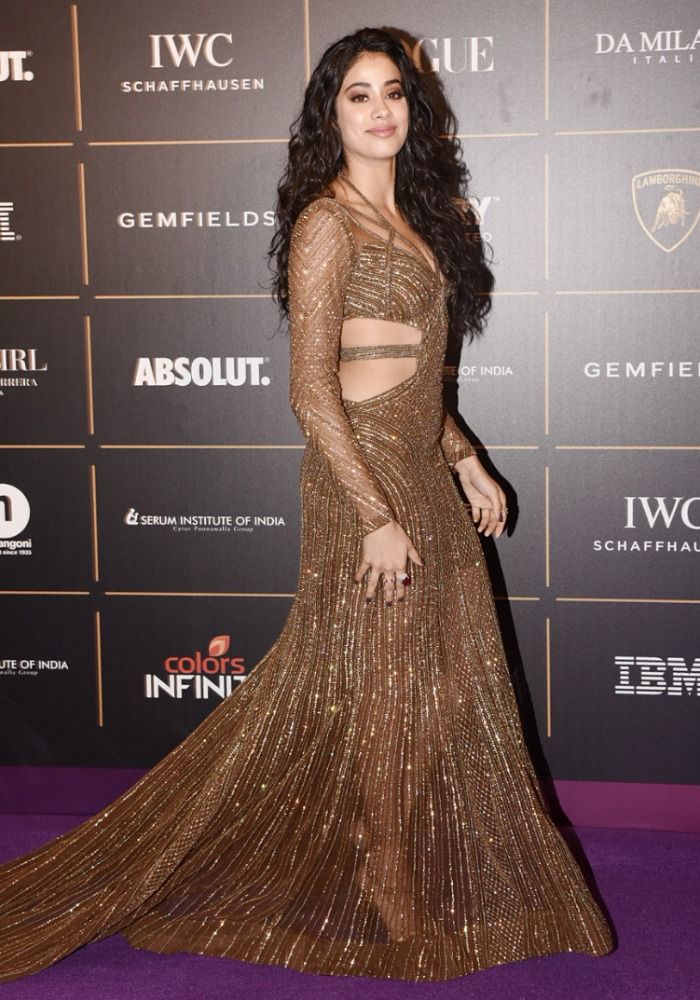 Janhvi is one of the popular star kids. She made her Bollywood debut with Ishaan Khatter starrer Dhadak. The film was bankrolled by Dharma Productions and did a wonderful business at the box office.

She is all set to make her debut on Karan Johar’s celebrity chat show, Koffee With Karan. She will be seen sharing the couch with Arjun. The latter recently talked about his relationship with Janhvi. In an interview to Hindustan Times, Arjun said, “It’s something that has been growing and still evolving. I’ve been very honest about it. I’ve not made any pretense saying that we’re a happy family and we’ve sorted everything. So, I don’t care what people think; I just want them [my sisters] to be okay. It’s my job to be a good son to my father and the byproduct of that is I’ve managed to find two more sisters; they allow me to call them my sisters and that’s very large-hearted on their part”.

On the professional front, Janhvi will next be seen in Karan’s Takht with Kareena Kapoor Khan, Anil Kapoor, Vicky Kaushal, Ranveer Singh and Bhumi Pednekar.