Janhvi Kapoor wears a Prabal Gurung pink dress at an event and that's how you dress up for your age. Check pics inside...

Janhvi Kapoor has become the new face of a popular cosmetic brand. The actress, who has made a successful Hindi cinema debut with Dhadak recently, looked as fresh as daisy at the event. Janhvi is one of the most loved young faces from the film industry. The actress’ stylish appearances at the red carpet and at regular public events draw immediate attention from the fashion police.Also Read - Koffee With Karan 7: Karan Johar Clarifies on Favouring Janhvi Kapoor And Bullying Sara Ali Khan

This time, with her latest appearance at an event, Janhvi did what she does the best. The 21-year-old star looked pretty, wearing a pink embellished dress. The actress wore an embroidered Prabal Gurung short dress which had flower-details on it. Middle parted wavy hair and soft makeup finished her look. White heels and golden earrings further added to the look. Also Read - Janhvi Kapoor Makes Things Steamy in White Bodycon Short Dress With Plunging Neckline- See Hot PICS 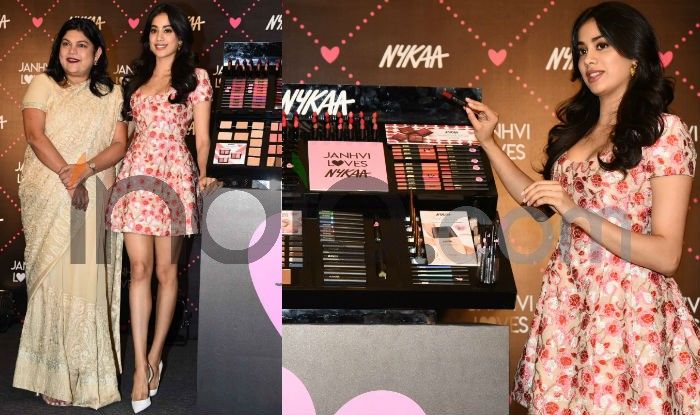 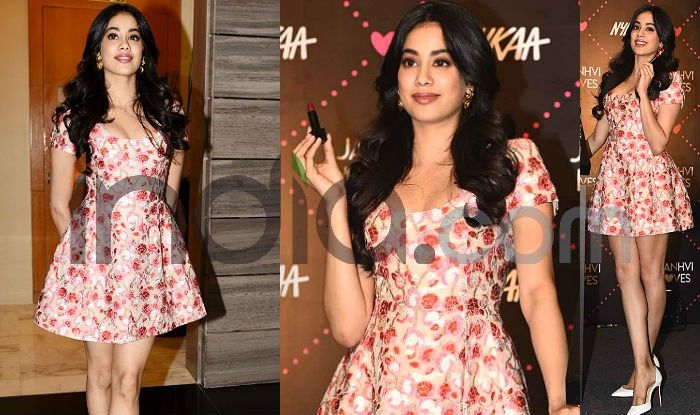 Janhvi was recently awarded Vogue’s Fresh Face of The Year Award. She stunned at the red carpet of the event wearing an elaborate Manish Malhotra outfit. Her various looks from the promotions of her film were also a hit. While talking about her fashion inspiration in an interview to a magazine, Janhvi named her mother, late actress Sridevi. Also Read - Janhvi Kapoor Spices Things up in Ivory Sequin Saree With Plunging Sweetheart Neckline at Kunal Rawal Pre-Wedding Bash

She also added that her father, Boney Kapoor, has always had a say in the way she dresses up. She said, “We [she and sister Khushi Kapoor] love clothes and are roughly the same size. We enjoy dressing up. Papa would call us “three women on a mission” when we shopped. He’s always been very into our look—he’d approve them or make us change. And all of those photos of mom and me before events? He clicked them!”