Janhvi Kapoor is one of the most sought-after stylish actresses of Bollywood. The actress, who made her film debut with Dhadak earlier this year, is a red carpet stunner and never fails to impress with her fashion choices. However, her latest look isn’t what can be considered a perfect style pick. Janhvi attended an event with her father wearing a black and pink dress. Also Read - Khushi Kapoor on Being Trolled For Her Appearance: People Still S**t on me For Not Looking Like my Mom

The actress wore a Reem Acra number which had a black top and a sparkly pink skirt. She accessorized her look with a layered necklace and a black sleek choker. Keeping her hair half open, Janvhi finished her look with pink lips and a pair of tiny diamond earrings. Overall, on paper, it was a look that could have done wonders. It was also a look that would have been right up Janhvi’s alley considering she dressed up for her age. However, something about that look fell off-beat. Either the styling or the choice of the dress itself was a downer. That shimmery skirt did absolutely nothing for the diva and the weird print on the top (or is than an embroidery?) worsened the overall impact of the dress. Check these pictures: Also Read - Janhvi Kapoor Turns Chef For Ishaan Khatter And Shows Some 'Dhadak' Chemistry, Video Goes Viral - Watch 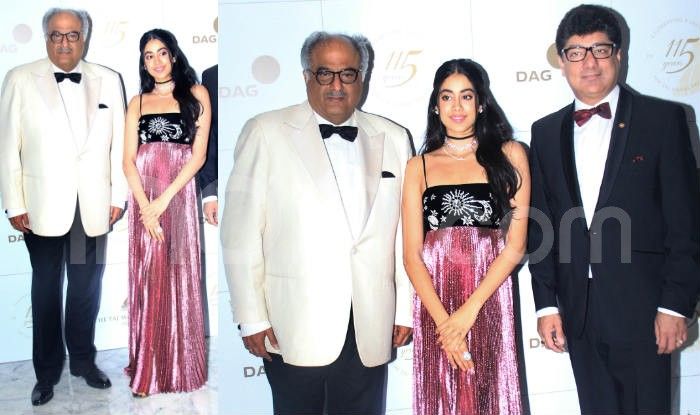 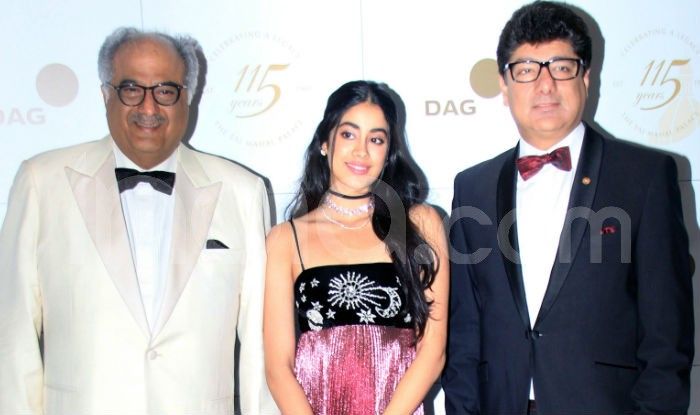 Can it be deemed as one of Janhvi’s worst appearances? Unfortunately, yes. What also disappoints us is the fact that this appearance is coming right after her some stunning traditional looks. Like this Falguni & Shane Peacock lehenga that she wore at the wedding reception of producer Dinesh Vijan:

Or this breathtaking maroon Manish Malhotra lehenga that she wore at the lavish wedding of Isha Ambani and Anand Piramal.

Talk about simplicity and we also had her rocking this blue Manish Malhotra saree at an event recently. Like, give her all browny points for reminding us of her late mother’s iconic Kaante Nahi Katte look with this one!

And if we go just a few days back, the actress flaunted this lime yellow saree with an embellished blouse at the star-studded wedding reception of Ranveer Singh and Deepika Padukone. She looked every inch like a quintessential Bollywood diva.

Now, after looking at all this, we are still scratching our heads over Janhvi’s latest appearance. If the idea was to dress up younger with the inclusion of all that pink and sparkles, it was sure fine but it definitely didn’t come out well. Your thoughts?