Janhvi Kapoor recently received an award and for the event, she wore a pink Reema Acra dress. Check out pics inside...

Janhvi Kapoor was recently felicitated for her stunning entry into Hindi film industry. The actress, who debuted with Dhadak in Bollywood, received the WIFT Emerald Award at the Women in Film and Television (WIFT) India Awards in Washington DC. Janhvi wore a pink dress for the occasion and worked every bit of it.

The off-shoulder Reem Acra gown had silver detailing and Janhvi picked onto the colour to style her look further. She wore silver heels and a pair of diamond studs to complete her look of the day. Natural hair and nude makeup were her choices to make the look stand out. And well, she did that successfully! 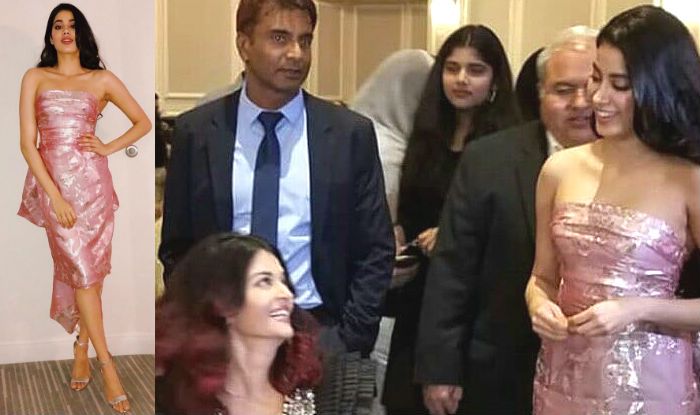 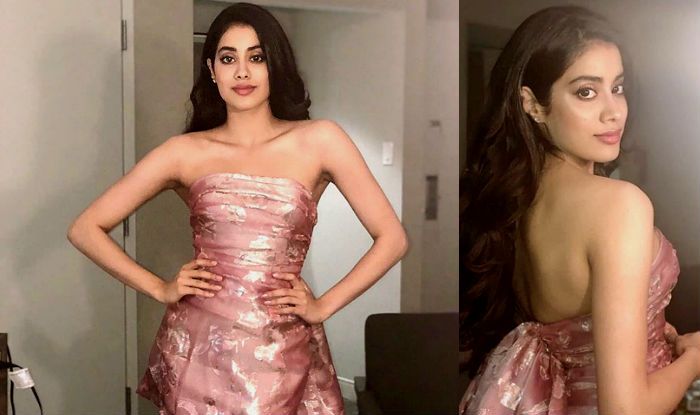 Along with Janhvi, Aishwarya Rai Bachchan was also honoured at the event. The actress received the inaugural Meryl Streep Award for Excellence Award. A picture of Janhvi greeting Aishwarya is surfacing on the internet.

On the work front, the actress is now gearing up to star in Karan Johar‘s next directorial, Takht. The film is a period drama and features other big names like Ranveer Singh, Kareena Kapoor Khan, Alia Bhatt, Vicky Kaushal, Anil Kapoor and Bhumi Pednekar among others.

Recently, while talking about his sister’s foray in Bollywood, actor Arjun Kapoor praised Janhvi. He told Mumbai Mirror, “She’s very young and it was her first film, but I saw nuances you’d expect from someone more mature. When Janhvi was on screen, you couldn’t take your eyes off he.”

He added, “She’s an introvert and needs time to come out of her shell. We are really proud of her and while as a family our reasons are emotional, I can say as an actor that Janhvi Kapoor is here to stay”.

Well, there’s a long way to go for Janhvi but she’s excelling at every step of it!