Justin Bieber in India: Here’s what we know so far about the Sorry hitmaker’s reported Purpose Tour concert in Navi Mumbai in May 2017!

Word is out on the streets that Justin Bieber is finally going to perform in India in May, as part of the Asia leg of his Purpose World Tour. Here's everything we know about the purported concert so far!

Canadian singer songwriter Justin Bieber, who is currently also among the biggest English popstars of the world, might be stopping over for a gig in Maharashtra in May. Word is out on the streets that the Sorry hitmaker might give a live performance at DY Patil Stadium in Navi Mumbai on May 12, during his ‘Purpose’ tour in Asia. The news has made bieber fans, or as they are fondly called ‘beilebers’, very excited, and it seems May cannot come sooner for them. Other cities Justin is scheduled to perform in are Tel Aviv in Israel and Dubai in the United Arab Emirates (UAE).Also Read - Indian Idol 12: Shanmukha Priya Impresses Fans With Her 'Zabardast' Performance, Netizens Compare Her To Shakira, Justin Bieber

Organizer Shailendra Singh, who is responsible for bringing music stars like Ed Sheeran, Deadmau5, Swedish House Mafia and Afrojack to India and now has done all the groundwork for getting Bieber here, has been held back by non-disclosure contracts to not reveal anything about the gig, just yet. However, Singh was quoted as saying by Mid-day, “No question about it: Bieber is this generation’s Michael Jackson. He has sold an estimated 100 million records, making him one of the world’s best-selling music artists.” ALSO READ: Sula Fest 2017 Complete Music Lineup: Here’s everyone who will be performing at the Sula Fest in Nashik this year! Also Read - World Music Day 2021: History, Significance And Inspirational Quotes by Well-Known Personalities 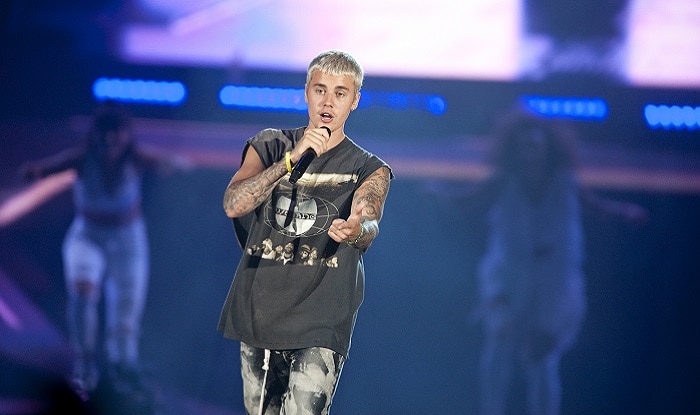 A Facebook page has also been created and is doing the rounds, with over six thousand fans already expressing their interest in attending the event, were it to be confirmed. However, there is no official word from Bieber or his manager himself. Neither does hie website mention anything about the Canadian star coming to Mumbai. On the other hand, inside reports have suggested that negotiations for the one-day performance have already begun. But obviously, the matter is still very hush-hush and no information about tickets to Justin Bieber’s live performance is available anywhere, as of now. ALSO READ: VH1 Supersonic 2017 in Pune: Here’s how to buy tickets for the EDM festival happening in Pune

DJ Marshmello, who has produced hits like Alone, Keep it Mello and Ritual, is also rumoured to be present at the Justin Beiber concert, as a supporting act. Although the What Do You Mean hitmaker has not explicitly promised plans for any concerts in India, he did however, declare his love for Indian food, during a 2012 interview with Jimmy Fallon. So if he does plan to come to India this year, he might fulfill his gastronomic desires by gorging on some delicious food that Mumbai has to offer. ALSO READ: The controversial reason why Sunburn Music Festival moved from Goa to Pune

Justin Bieber live performance news comes after popular British band Coldplay performed in India, during a one day Global Citizen concert, which was also attended by many Bollywood celebrities, as well as Prime Minister Narendra Modi. The much-hyped concert was a resounding success, with music lovers travelling from all across the country to hear Coldplay perform live for the first (and probably the last) time in the country. The success of the concert has raised hopes of international music artistes, who now view India as a country offering them with a great promotional potential.