Kareena Kapoor Khan was honoured at an event in Delhi last night. The actress wore a white saree for the event and looked absolutely radiant in it. Kareena carried a stunning white minimalist saree designer by her favourite, Manish Malhotra. She teamed up the saree with a sequined blouse which had a stunning back detail. While Kareena rocked every inch of her look, the actress could have draped her saree better. Also Read - Kareena Kapoor Khan Tries Her Hands at Pottery With Taimur in Rs 2k Striped Sweater 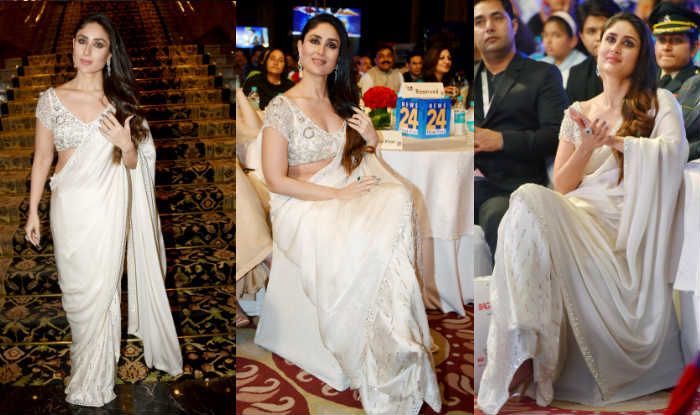 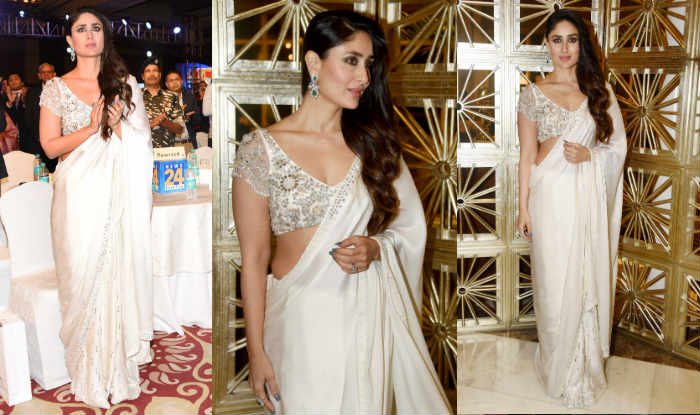 Kareena is not often seen wearing traditional outfits. So, an appearance in saree was a welcome change of pace. The actress wore a beautiful green saree from Sanjay Garg (Raw Mango) during Diwali festivities and finished her look with a striking emerald neck-piece. That was one look Kareena aced with all elan. Check this out:

Kareena Kapoor Khan in our ‘Sultanah’ Rama green Mashru silk sari with a red selvedge. The selvedge of the handwoven sari is the "self-finished" edge of fabric that does not require additional finishing work such as hem or bias tape, which keeps it from unraveling and fraying. This technique reflects the craftsmanship and skill set of the weaver, as the selvage is especially set on the loom by increasing the density of the yarn, which results in a smoother and more sturdy finish of the fabric. #rawmango #sanjaygarg #mashru #textile #weaver #craft #india #kareenakapoor

Kareena has currently been busy with her debut radio show, titled What Woman Want. For the same, the actress is seen rocking some vibrant outfits. Recently, she rocked a print on print number, which on papers might appear little offbeat, but trust Kareena to make even a piece of rag look like ramp ready. Whether it’s her bold red suit or her brown polka-dotted skirt, the actress has been giving some noteworthy fashionable looks these days. 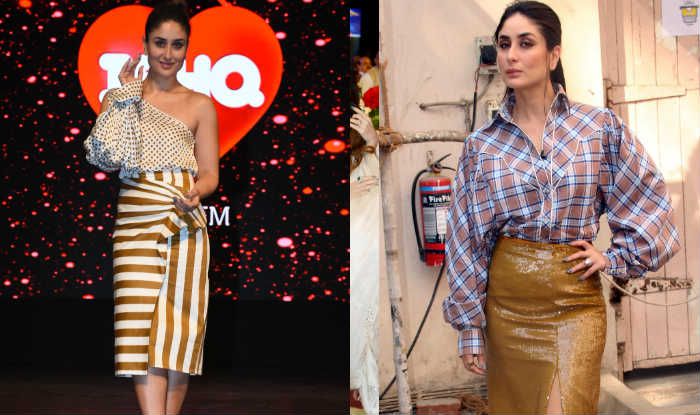 On the film front, Kareena is busy with preparation of two big Dharma Productions projects. The actress will be seen with Ranveer Singh, Alia Bhatt, Vicky Kaushal, Janhvi Kapoor, Bhumi Pednekar and Anil Kapoor in Karan Johar‘s directorial Takht. In Good News, which is being directed by Raj Mehta, Kareena has been paired opposite Akshay Kumar. The film also features Diljit Dosanjh and Kiara Advani in other important roles.