Katrina Kaif is back in town and was spotted recently doing some pandal hopping to celebrate Durga Puja. The actress has finished the Abu Dhabi schedule of her upcoming, Bharat, with Salman Khan. Katrina returned to the city a day before and last night, she was seen joining friend and director Ayan Mukerji at a Durga Puja pandal. There’s no moment when this diva doesn’t look radiant but this time, Katrina brought her look a notch higher by wearing a saree. Usually the one who stays away from making a style statement, Katrina has impressed all by wearing a stunning fuschia saree. The Masaba Gupta saree with that striking colour can snatch away the limelight from anybody at any occasion. Seeing Katrina wearing it was a surprise because if you have been closely following her fashion choices, you would know that Katrina doesn’t like to experiment a lot with her styling. Also Read - Kolkata's FD Block Durga Puja Pandal Gutted in Massive Fire Ahead of Idol Immersion

The actress is often seen wearing some simple dresses, not-so-attention-grabbing colours, and dewy makeup. While this time also, she kept her hair simple and carried an almost no-makeup look, that saree just stole our hearts. Also Read - West Bengal: 5 Killed as Boat Capsizes During Durga Idol Immersion in Murshidabad 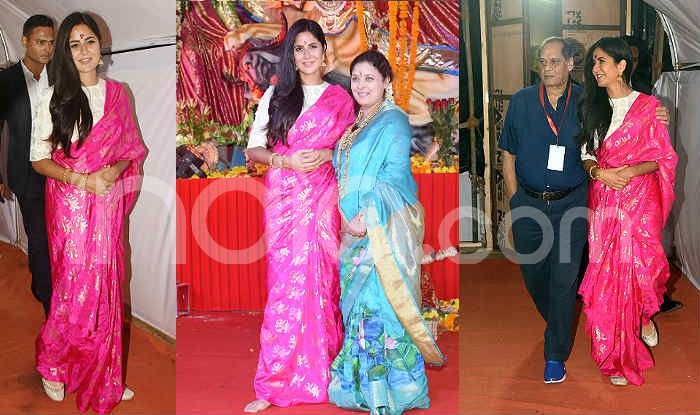 Also Read - Need Some Fitness Motivation? These 5 Bollywood Celebrities Will Inspire You to Hit the Gym Right Away

What accentuated the entire look was her decision of teaming it up with a white blouse. White really helped toned-down the look considering the colour in itself seemed enough to spread sparkles around. 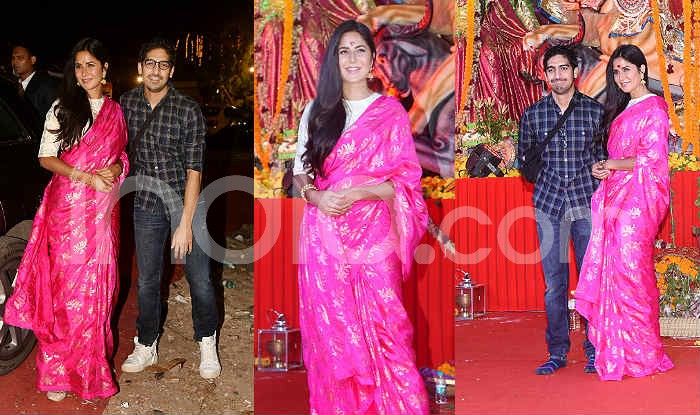 Not just Katrina, Bollywood is all going desi with actresses donning sarees to visit Durga Puja pandals. Kajol, Kiran Rao, Mouni Roy, and Sushmita Sen among others are a few prominent names who were seen flaunting some lovely sarees in the city. 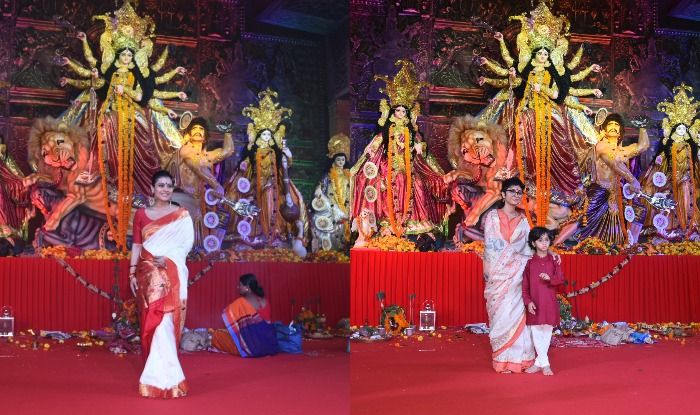 As for Katrina, the actress is quite busy at work. Her shooting for Bharat is still left and the promotions of her upcoming, Thugs of Hindostan, are going to begin soon. Post which, the actress will move to promote Zero, with Shah Rukh Khan and Anushka Sharma.