Game of Thrones's Jon Snow is now engaged to his on screen pair Ygritte. Kit Harington and Rose Leslie are engaged and they made an official announcement in the most unexpected ways,

Game of Thrones star Kit Harington and Rose Leslie who are also a real life couple are now engaged after being in a relationship for 5 years. And fans of Game of Thrones will agree when we say that a wedding or a love story in the series has never got a happy ending. Thus, when this real life couple ( who were also on-screen couple) announced their engagement, fans went into frenzy. However this news was expected because the couple had already moved in together sometime back.  And you know what took all of us by surprise? Kit and Rose did not announce their engagement on social media like most people do these days. They chose the most traditional ways of doing it and announced their engagement in Times newspaper. This is what it read- ‘The engagement is announced between Kit, younger son of David and Deborah Harington of Worcestershire, and Rose, middle daughter of  Sebastian  and Candy  Leslie  of Aberdeenshire.’ On this happy occasion we decided to share with you some adorable pictures of Jon Snow and Ygritte. Take a look.Also Read - Game of Thrones Couple Kit Harington and Rose Leslie Send Wedding Invites With Jon Snow Limited Edition Stamps, View Pics

Both Kit and Rose met on the set of Game of Thrones back n 2012.  On screen they start of as enemies who then become lovers. In real life however, they hit it off really well right from the start. This picture was taken when Kit Harington and Rose Leslie appeared together hand in hand at premiere of GoT’s Season 7. Also Read - Kit Harington vs Lilly Singh: Who Looks Better as Daenerys Targaryen in Game of Thrones Spoof Videos? 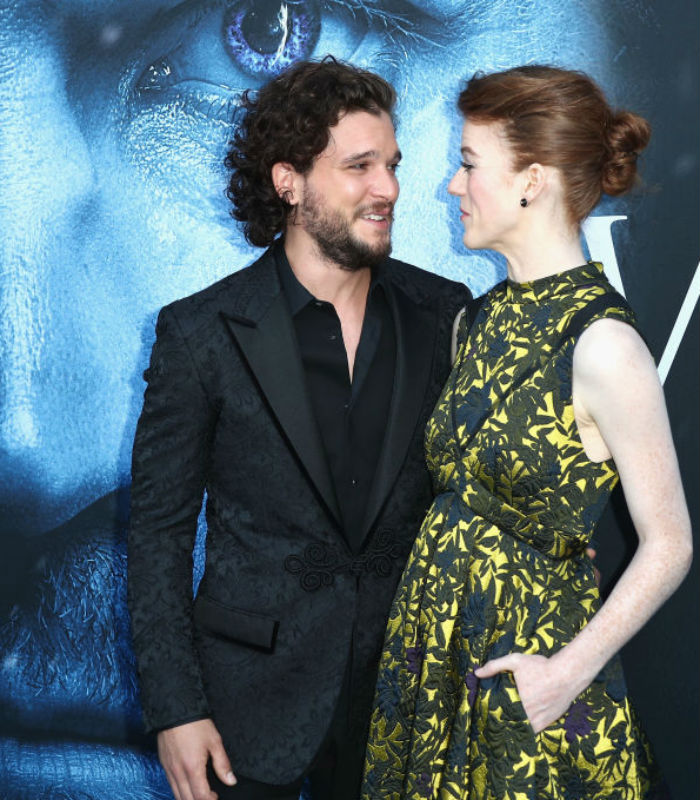 Kit and Rose did not make their relationship public for many years. Though there were rumors, this couple maintained a complete silence.  This picture is when the couple arrived at Olivier Awards looking completely besotted with each other. 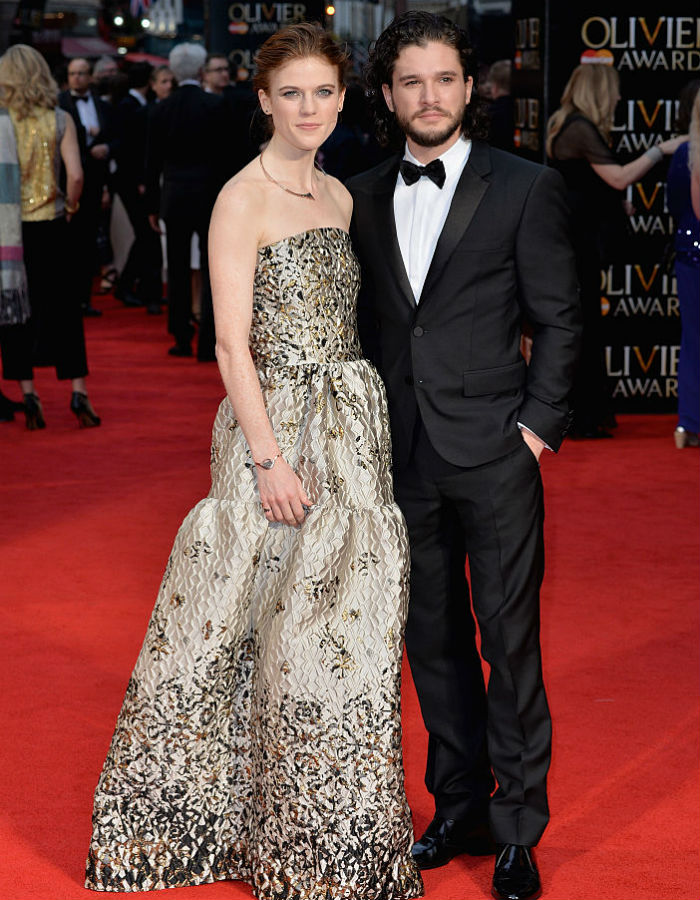 And that appearance at the Olivier Awards was their way of announcing it to the work that they are were much in love and in a relationship.  Aren’t they a good looking pair?!?!Rose looks gorgeous in this off shoulder, floor length gown and complementing her is Kit in a dapper three piece suit. 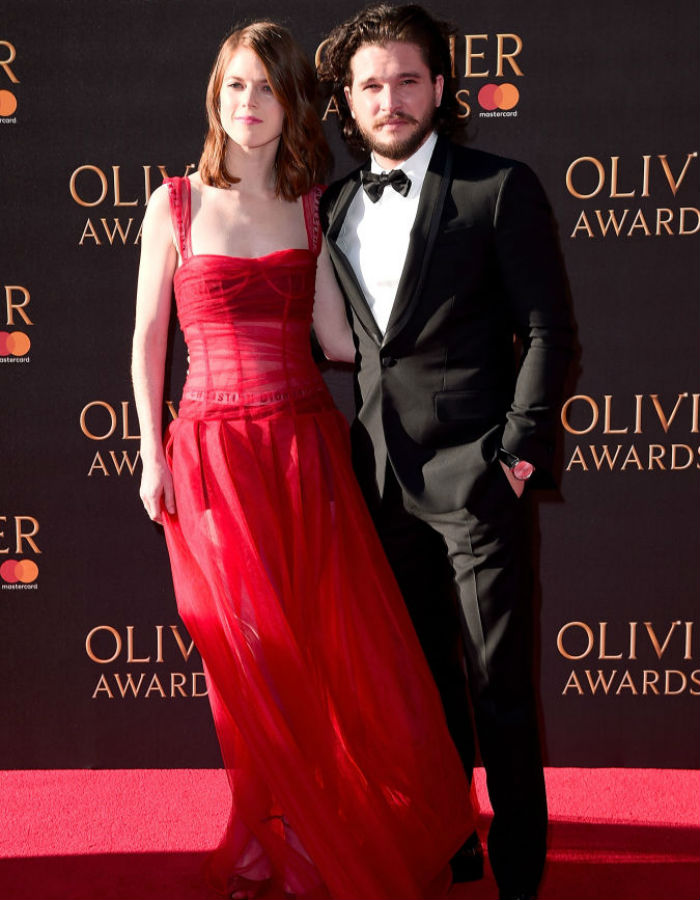 Every time this couple has made public appearances, they have always looked completely head over heels in love.  Though the couple might have parted ways in the show, in real, they are headed towards their  ‘happily ever after.’ Kit Harington has also once told Vogue that it was easy for him to fall in love with Rose since she is so attractive. When Kit had also appeared on the The Late Late Show , he was urged to marry Rose soon by actress Nicole Kidman who was also a guest on the show.  And that is now finally happening and we can’t keep calm. These guys give us intense love goals