Actor Kriti Sanon who will soon be seen in Luka Chuppi with Kartik Aaryan was recently spotted in a comfy peach floral gown. Earlier, Sonam Kapoor donned a similar gown at the special screening of her film Ek Ladki Ko Dekha Toh Aisa Laga. Kriti was spotted at a famous restaurant in Juhu, Mumbai and was all smiles for the paparazzi. Also Read - Dostana 2: Is Kartik Aaryan's Exit Outcome of His Fallout With Janhvi Kapoor?

Kriti who has been trying out different roles and winning hearts of many with her performances was spotted earlier today in a peach floral gown. She teamed it with brown flats and long earrings. With subtle makeup and open wavy hair, Kriti looked lovely as always. Also Read - Kartik Aaryan Once Again Shares Quirky Post To Remind Fans of COVID-19 Vaccine Registration 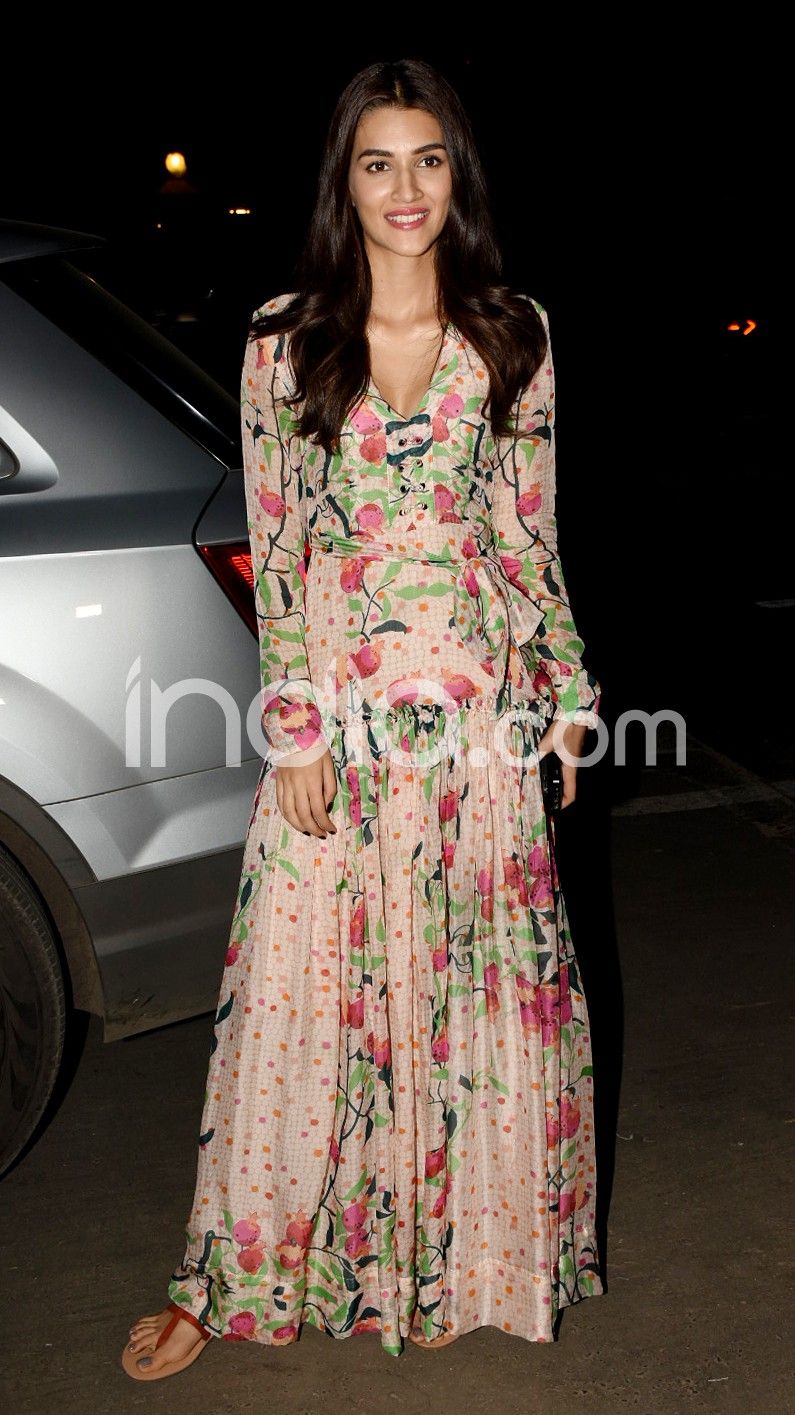 Also Read - Kartik Aaryan Drops Out From Dostana 2: Real Reason Why Karan Johar Ousted Him From The Sequel 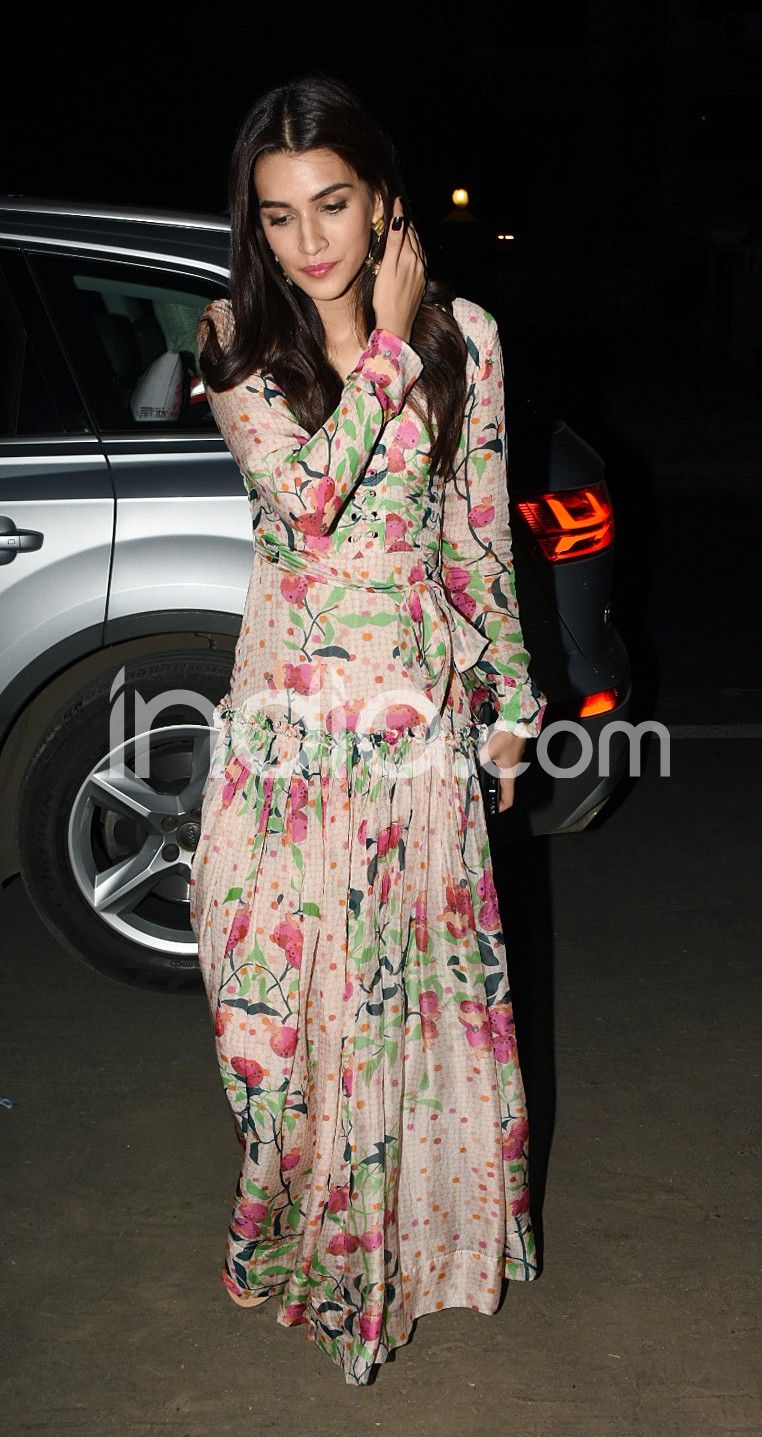 On the professional front, Kriti is gearing up for her upcoming movie, Luka Chuppi, where she will be seen opposite Kartik Aaryan. The film is a romantic comedy helmed by Laxman Utekar. The film revolves around the story of a couple who decides to get into a live-in relationship before tying the knot. They fake a wedding in front of everyone as a result of which their parents also get involved in it.

The project is bankrolled by Dinesh Vijan. Kartik plays the role of a TV reporter. However, details about Kriti’s role are yet to be known. The movie is all set to hit the screens on March 1. Apart from Kartik and Kriti, the film also features Pankaj Tripathi, Aparshakti Khurrana and Vinay Pathak in pivotal roles.