The celebration was on Supreme Court's decision to repeal Section 377, which criminalised homosexuality.

Presented by the Fashion Design Council Of India, the grand finale show on Saturday night was titled ‘Rainbow’. The rainbow, an emblem for the LGBTQ community, was originally created by San Francisco-based artist Gilbert Baker, in 1978 using six stripes: red, orange, yellow, green, blue, and violet to represent diversity and peace. Also Read - Manish Malhotra Gets BMC Notice For Unauthorised Construction at His Bungalow, Gets 7 Days to Respond 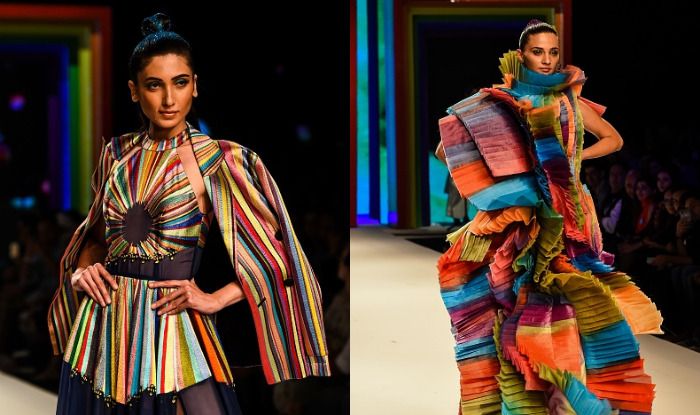 For the finale, the main show area was decked up with rainbow coloured frames, slogans like “love has no gender” in cut out hearts. There was peppy music and bright lights, lending a lively aura to the presentation. 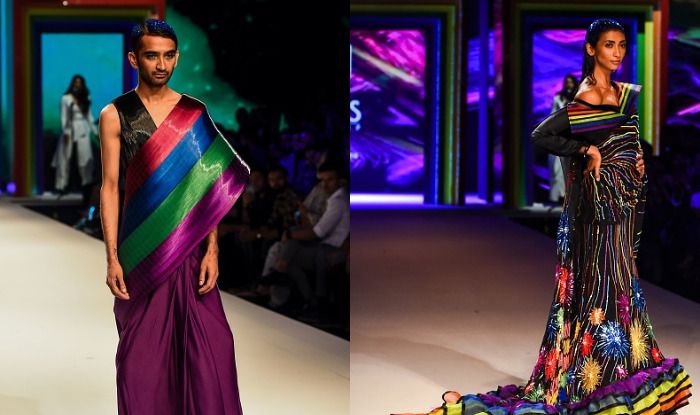 There were several highlights in the show — from designer Gaurav Gupta opening the show with a white asymmetrical one shoulder dress embedded with fairy lights in the colour of the rainbow, to a man wearing a sari styled by Rimzim Dadu. The gala also saw plus-size model walking the catwalk.

Another beautiful moment in the show was when veteran designer Suneet Varma kissed his husband Rahul Arora on the ramp. 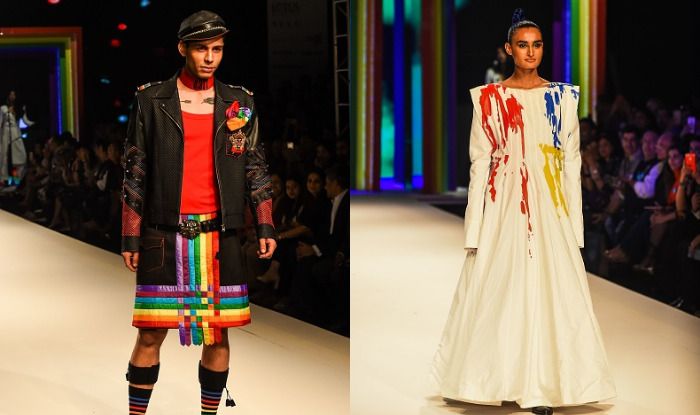 Staying true to the theme, designers, who showcased over 40 garments consisting of dresses, pants, swimsuits, pants and saris, chose colours of the rainbow to represent diversity and peace through their range. 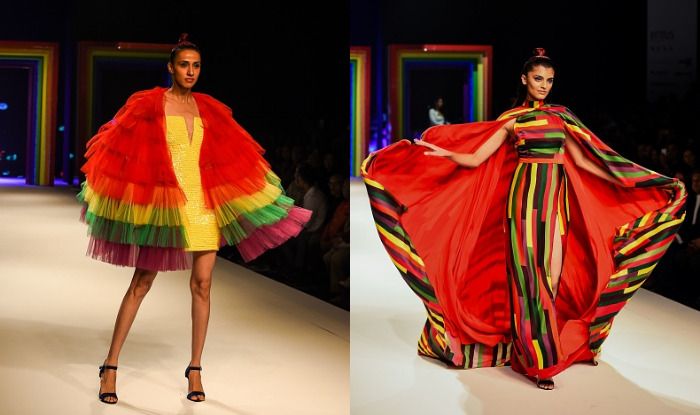 Other designers who showcased their range in the grand finale were Rina Dhaka, Anavila, Wendell Rodricks, Raghavendra Rathore, Shivan & Narresh and Namrata Joshipura among many others.

Bollywood actress Huma Qureshi, who sizzled on the ramp in an all-white floor sweeping gown, brought down the curtains on the show and the fashion gala. Huma said it was an honour to be a part of such a celebration.

“What a show… It was just pure love, wasn’t it? I feel so special because I got to be a part of something that has never happened in this country before. The entire fashion fraternity has worked together to celebrate love and free choice… It’s amazing.”

Channelling my inner White Swan .. Last night for the Grand Finale Rainbow Walk @thefdci 🌈40 designers walked together to celebrate #love and the verdict on #Section377 .. What a show !! So blessed to be part of this moment in our history .. I’ve always stood up for LGBT rights and it was my honour 🏳️‍🌈 #free #people #love Wearing @manishmalhotra05 #rainbow #fashion @manjarisinghofficial @mohitrai @nautankichaiti

Inclusivity has been a recurring theme this year for the fashion week, which began on October 10. On concluding the show, all 40 designers were called on the runway and swayed to numbers like “YMCA” and “I’m Alive”.