Malaika Arora who never fails to impress the fashion police was recently spotted in a stylish white kurti and straight cut pants. Malaika who is very particular about the clothes she wears is often seen in stylish outfits. She is capable of carrying any outfit with a certain poise. She looks stunning even in a basic white t-shirt and denims.

In her recent look, Malaika donned an embroidered complete white kurta which she teamed with straight cut pants. Her look had a boho touch with strands hanging from the bottom of her pants. With bold red lipstick and shades, Malaika posed for the paparazzi. 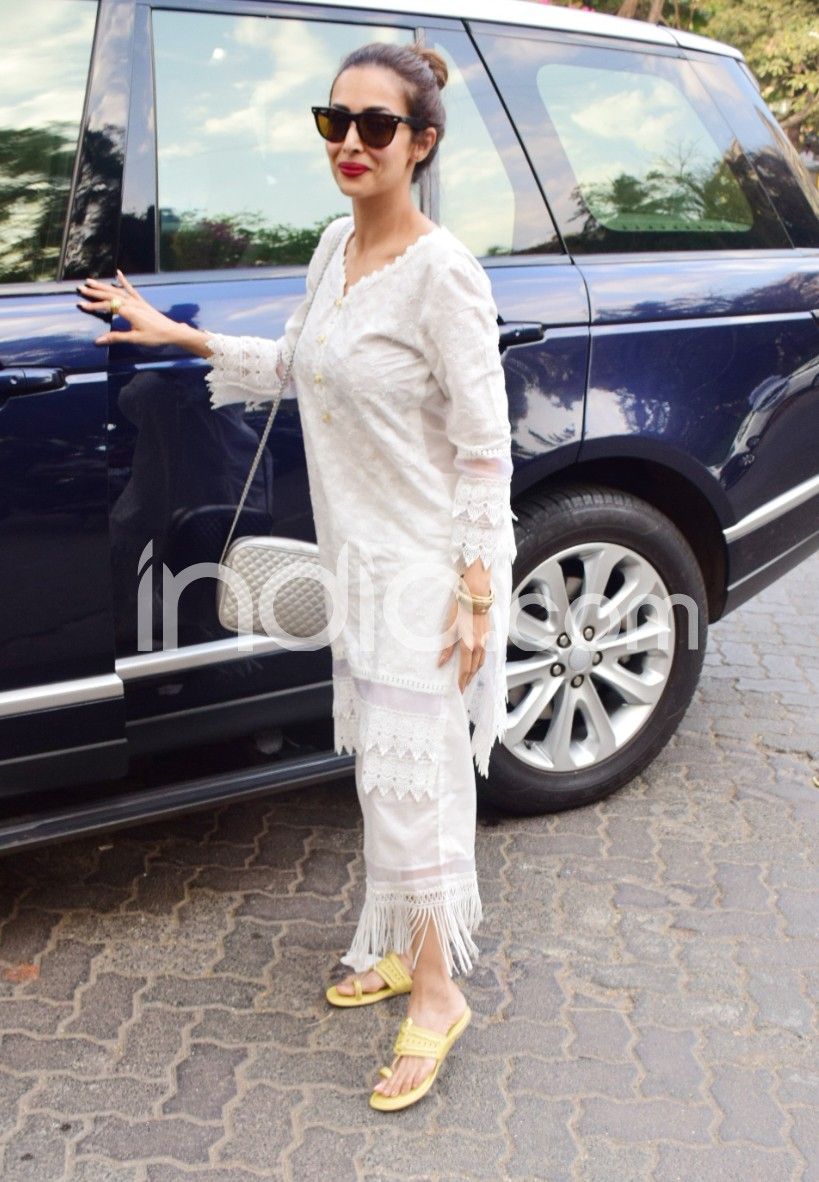 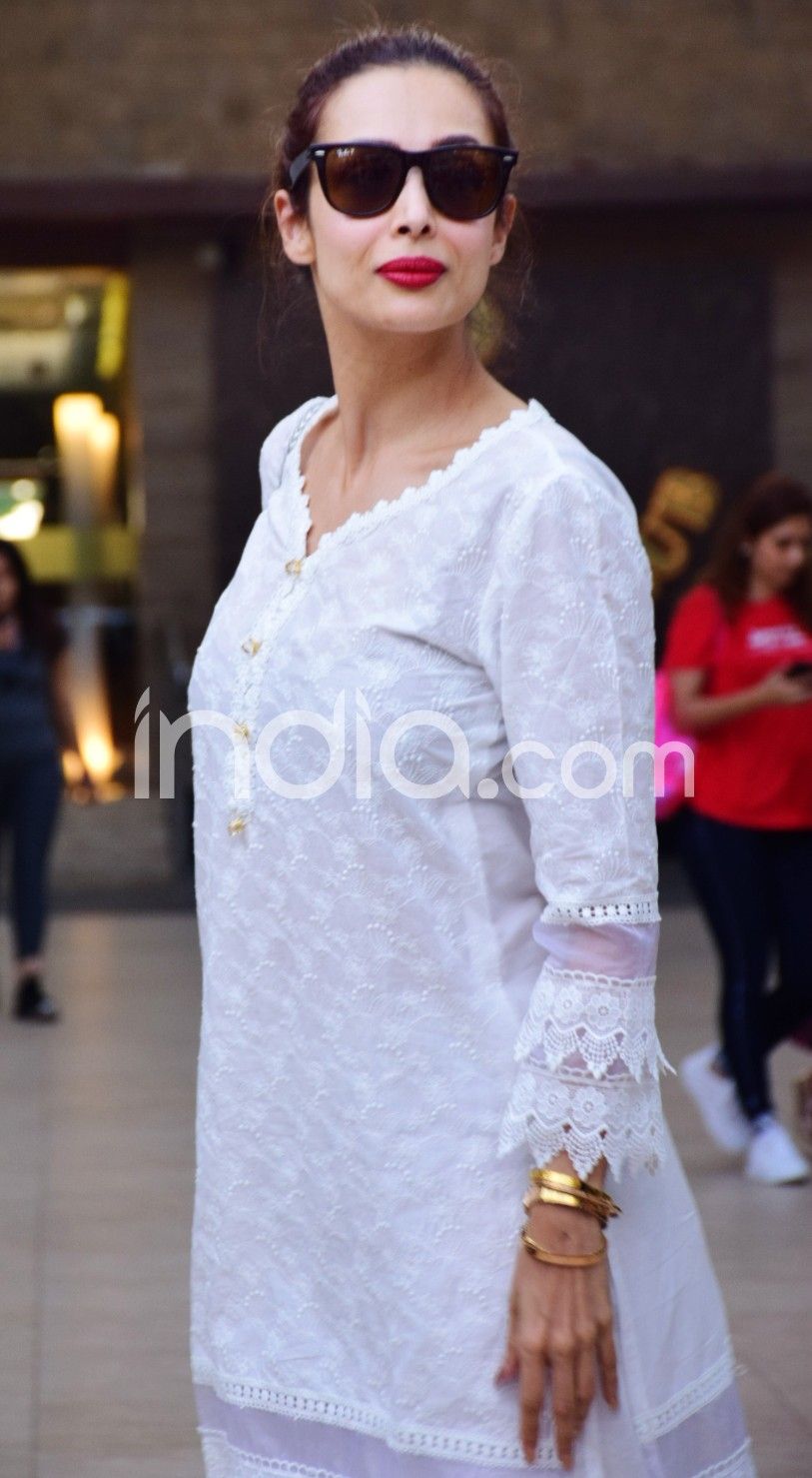 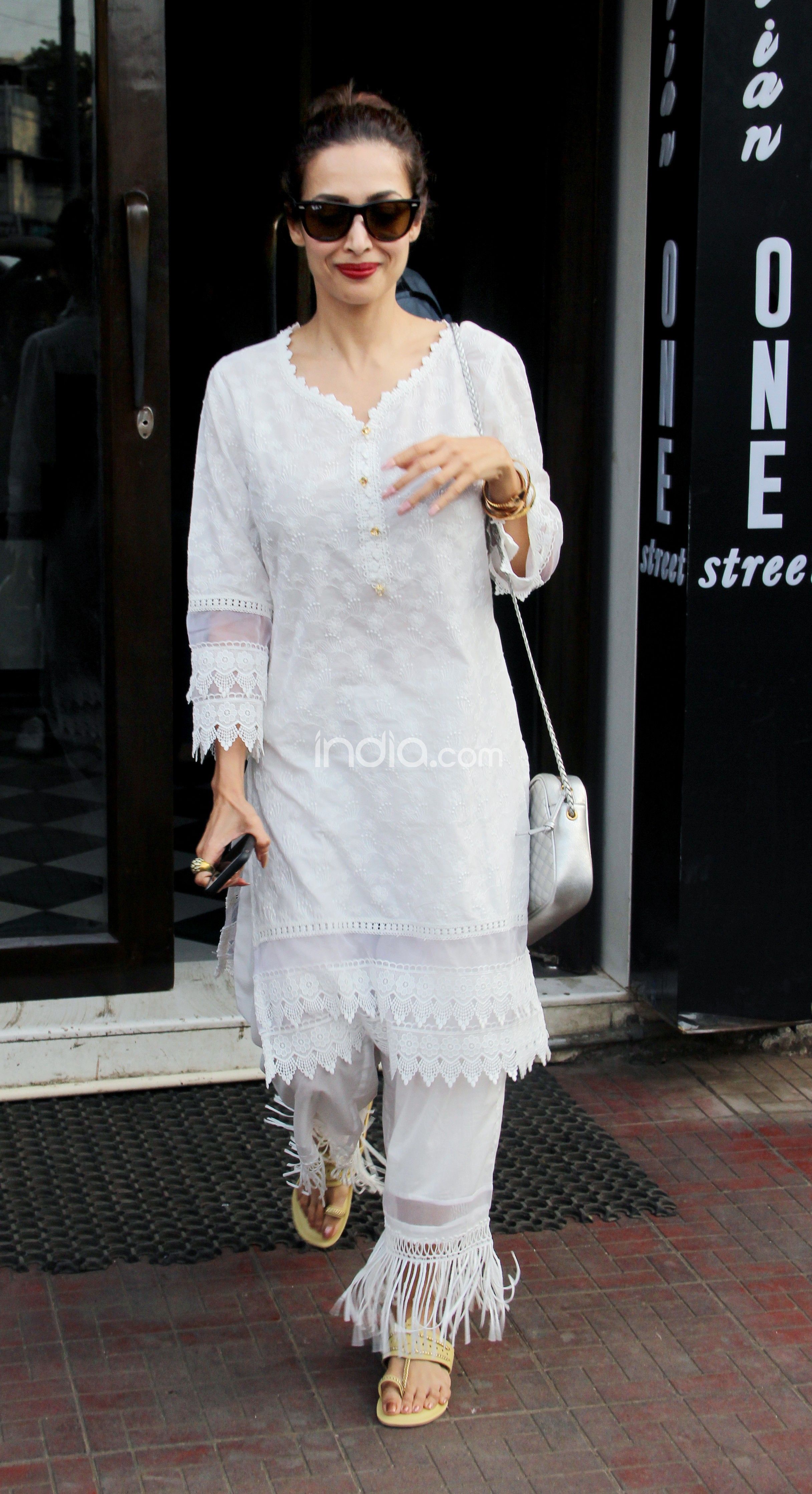 Malaika is often spotted with her rumoured boyfriend Arjun Kapoor going out on dates. A few days ago, they were spotted coming out of a restaurant in Mumbai post their Sunday lunch date. Even though rumours are rife about the two dating each other, the couple has not once spoken about their relationship in public. Arjun, on a talk show, revealed that he is not single which further led to speculations about the two tying the knot soon.

Earlier, reports suggested that Arjun and Malaika will be tying the knot by April 2019. Reportedly, it will be an intimate wedding which will be attended by family and a few close friends. Even though they have not opened up about their relationship to anyone, they never shy away from public appearances together.

Arjun and Malaika were earlier spotted at the airport heading to Switzerland to attend Akash Ambani and Shloka Mehta’s Pre-wedding bash.

Malika had earlier shared a stunning picture of herself in a shimmery thigh-high slit gown. Arjun who is often seen commenting on Malaika’s Instagram pictures left a comment on Malaika’s lastest picture and wrote, “Trailblazer”.

Post that, a picture of theirs from Switzerland went viral on social media where the two could be seen standing close to each other.