Marketing Guru Megha Desai Shares The Secret to her Success

In 2007, marketing guru Megha Desai took on the challenging role as director of the Desai Foundation—a nonprofit founded by her father, Samir Desai, 10 years earlier. Since then, the organization has grown considerably under her leadership, with many crediting Megha for reshaping the organization’s focus.

[Megha in Brooklyn. | Photo Credit: Vik Manchanda]Also Read - Payal Singhal associates with US based NGO for a limited line

In 2007, marketing guru Megha Desai took on the challenging role as Director of the Desai Foundation—a nonprofit founded by her father, Samir Desai, 10 years earlier. Since then, the organization has grown considerably under her leadership, with many crediting Megha for reshaping the organization’s focus. Also Read - International Singer Falu: From India to Boston

“There are many challenges in building an organization whose growth is difficult to measure. Community development is a tough thing to measure,” Megha said. “But we are steadfast in our mission, and our belief that what we are doing is making a difference to empower the people we serve.” Also Read - Why Women Are Critical of Each Other

According to the group’s website, the Desai Foundation’s primary goal is to give back to the community by promoting better health and education. The foundation also aims to improve social and economic life in the villages of India, and to develop and implement educational programs to promote Indian culture in the United States.

And given Desai’s family and background, it comes as no shock that the Desai Foundation has become such an integral part of her life, even while she was juggling a career in advertising at the same time.

“The Desai Foundation is my heart,” she said. “It is the dharma that my mother, father, and grandparents instilled in us as children. Supporting the community around you is just as important as your success because you are who you are because of your community.” 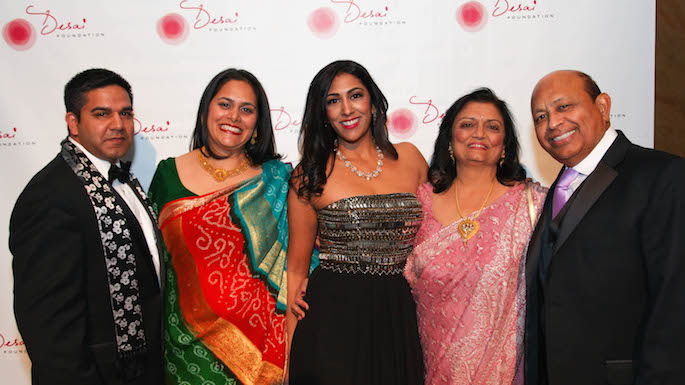 “Though my family and I had always been involved in my father’s work with the foundation, I was now taking a much more active role. It was inspiring work, and it meant a lot more to me than [I] had expected,” she added. “Before taking on the role of Director, I had been a very active member of a number of other socially focused groups in high school, college, and in my 20s.”

This type of experience, she said, helped her prepare for her role as Director at the Desai Foundation.

“I believe that everything you do in your past helps prepare you for your next big role—both professionally and personally! Everything I had done before made me better prepared for my role in the Desai Foundation,” she said. “I also want to give credit where credit is due—my father, is a huge inspiration in my life, and has taught me so much of what I needed to know to be successful at the Desai Foundation.” 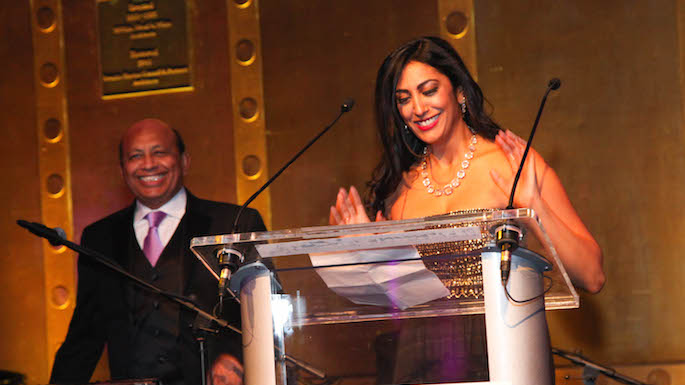 Though Desai worked for some of the best creative shops across the country—even working with a variety of multi-million dollar corporations—in 2010, she decided to end her career in advertising and start her own company. Marketing Strategy Dharma (MSD) is a marketing company specially designed to serve social good brands, emerging brands and start-ups.

“It meant a lot to me to be able to provide marquee marketing services to brands that couldn’t afford the large agencies where I had previously worked,” Megha said. “There are so many incredible brands doing socially conscious work that deserve the opportunity to tell their story in a meaningful and compelling way.”

Despite her tremendous success at such a young age, Desai comes across as incredibly humble. When asked what she thought her greatest accomplishment was, she said:

“Wow. I have never really thought about that [my biggest accomplishment]. Part of me still feels like I haven’t accomplished this yet.”

And what’s Desai’s secret to success?

“I am blessed with a deep curiosity. When I am not working, or having fun, I am listening to NPR podcasts–constantly learning. I am simply one of those people that is fascinated by a lot of things,” she said. “My hunger for learning is what keeps me motivated. The other thing that keeps me motivated are my parents. Aside from being wonderful, supportive, loving and tough parents–they live by example. They work so hard, overcame so much, and I am inspired every day by my parents.”