Mouni Roy Looks Sexy in Black as She Jets Out of Airport in Style; Check Her Latest Pics

Airport look is really big and celebrities go that extra mile to get the right style. But if there is one celeb who can rock the airport look, effortlessly, it has to be Bollywood and TV actress Mouni Roy. Be it the casual chic look, Mouni knows how to carry the look with ease and style. Recently, Mouni was spotted at the airport in a little black dress and a red backpack and undoubtedly she looked super hot and stylish. Also Read - NCW Notice to Mahesh Bhatt, Mouni Roy, Rannvijay Singha, Urvashi Rautela, and 3 Others For Allegedly Endorsing Firm Accused of Exploiting Girls

Mouni is one of the sexiest actresses in the industry and has a supreme dressing sense. She became a household name in Kyunki Saas Bhi Kabhi Thi and has featured in almost all K-series. Not only this, she has been applauded for playing Monobina Das in Akshay Kumar’s Gold. She is riding high on success after the film and has received a wonderful response from the industry. The actress has a huge following in the hinterland courtesy her stint as Naagin in the successful TV series. Also Read - Naagin 5 Promo Out: Hina Khan’s First Look as Naagin Sets Internet on Fire 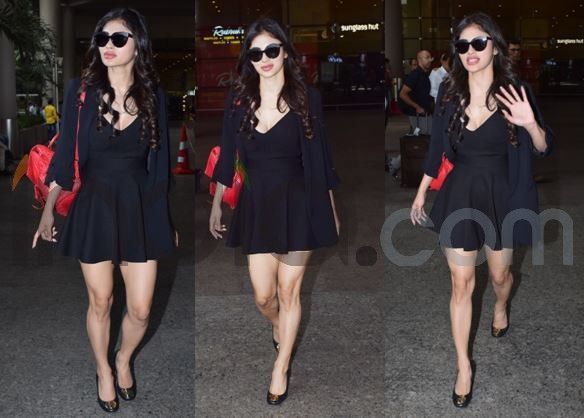 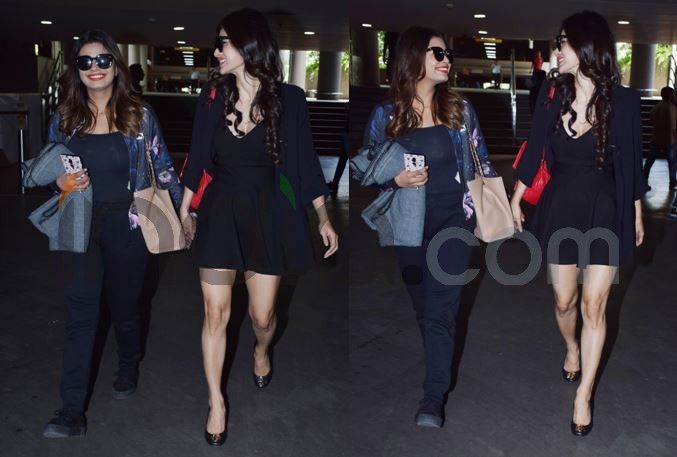 While she looks sexy in all her pictures, this one has a raw appeal that is amazing. Mouni’s pictures go viral every time she poses in something sexy. This has been happening since her Naagin days. On the work front, Mouni will be seen in Ranbir Kapoor and Alia Bhatt starrer Brahmastra.