Now You Can Create a .Desi Domain Name For Your Business, Brand or Name

Move over .com – there is a new domain on the online market. A team of South Asian professionals recently launched .desi, a website domain catered specifically to South Asians. That means desis around the world can now register their own websites ending in .desi. 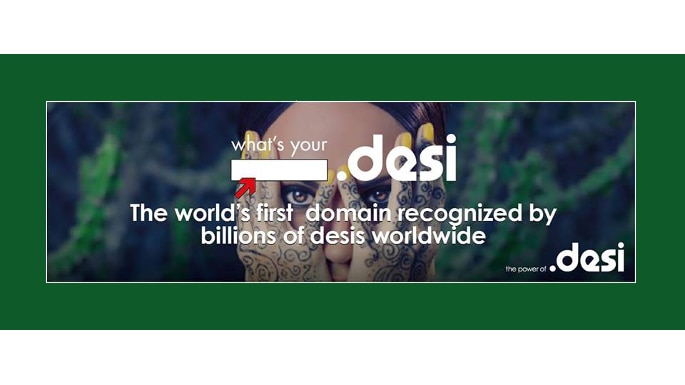 Move over .com – there is a new domain on the online market. A team of South Asian professionals recently launched .desi, a website domain catered specifically to South Asians. That means desis around the world can now register their own websites ending in .desi. Also Read - BJP Official Website -www.bjp.org Down For Sixth Consecutive Day, Experts Say 'it Can't Remain in Maintenance Mode For so Long'

Ravin Ohri, the founder and CEO of .desi, said he has always been proud of his South Asian heritage, and he wanted to honor it in an innovative way. Also Read - SSC Recruitment Notification For Junior Engineer Released; Check at ssc.nic.in

“It’s an alternative vehicle for desis to express themselves and be recognized worldwide,” Ohri said. “There is nothing else like it anywhere. We want .desi to serve as a platform desis all around the world can use to collaborate.”

The .desi domain opened to the public on October 6. There is a fee to register a domain name, but Ohri said the team aims to make the site as accessible as possible for South Asians around the world. He said he has received much support from users in the Indian subcontinent, and he expects it to grow even more.

Ohri said he aimed to fill a void in the market with .desi. There is no other domain that allows the South Asian community to network on such a grand scale, he added.

“To this point, there hasn’t been a clear way to identify desi services and brands on a global level,” Ohri said. “With .desi, billions of desis are able to find what’s important to them, and be found.”

While .desi is likely to attract young South Asian professionals looking to build a website, Ohri said he thinks the tool will have global appeal. As the team works to promote their new venture, Ohri said they have received great feedback from the desi community.

“Desi is everywhere – in fashion, film sports and music,” Ohri said. “[People] instantly connect with the idea. They realize that .desi is more than an address. It’s about creating an identity. We look forward to seeing the excitement build.”

Right now, Ohri is working to build the .desi brand and promote it to as many South Asians as possible.

“We will continue to collaborate with forward-thinking desis and companies,” he said. “We are positioned to be the next big thing by transforming the internet for desis worldwide.”

As for what’s next for the .desi team, Ohri said he wants to solidify their place in the online market and use it to make a positive difference in the South Asian community.

“We have many projects on the go with many desi influencers who support and see the value of the domain,” he said. “We are excited to see the expansion across the globe. Desis are visible and in power around the world. The reach is unlimited.”