Priyanka Chopra and Nick Jonas are officially married now. The two got hitched in a white wedding yesterday, on November 30, with Nick’s father, Paul Kevin Jonas reportedly officiating their Christian wedding ceremony. The wedding as per the Hindu rituals is reportedly happening today at Jodhpur’s Umaid Bhawan Palace. Recently, we had a glimpse of the wedding return gifts that the couple is giving to their guests. Now, there’s a news about PC’s first wedding gift to interest you. Also Read - Priyanka Chopra Shares Love-Soaked Photo With Nick Jonas, Tells Him 'Miss You so Much'

As revealed by Bollywoodlife, Priyanka has received a pair of diamond-gold earrings from her mother-in-law, Denise Jonas, as her wedding gift. And since it was coming from the Jonas family, it had to be a no-ordinary piece. It’s a pair from French Luxury jewellery brand, Van Cleef & Arpels. The 6.7 carats earrings, from the brand’s ‘The Snowflake’ collection, are made in gold with 170 diamond stones in it. What else? The pair reportedly costs $79,500, which is close to INR Rs 55. 46 lakh. The portal wrote, “Mama Jonas walked into one of the most luxurious jewellery stores of the world and handpicked a gorgeous set of earrings for the new Jonas family member. We’ve been told that she has picked trinkets from Van Cleef & Arpels. For the uninitiated, they are a renowned French luxury jewelry, watch, and perfume company”. Also Read - Priyanka Chopra, Sonam Kapoor Help Netizens With Updated List of Resources Amid COVID-19 Second Wave 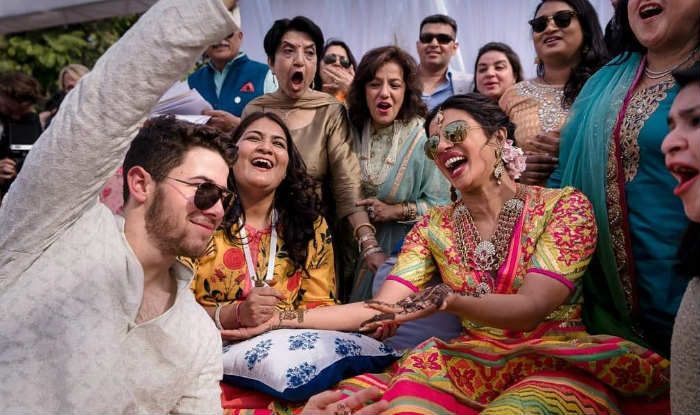 There’s a sample of the earrings on the brand’s website which gives a glimpse of the stunning looking jewellery piece. Priyanka is indeed lucky to have such a lovely mother-in-law! 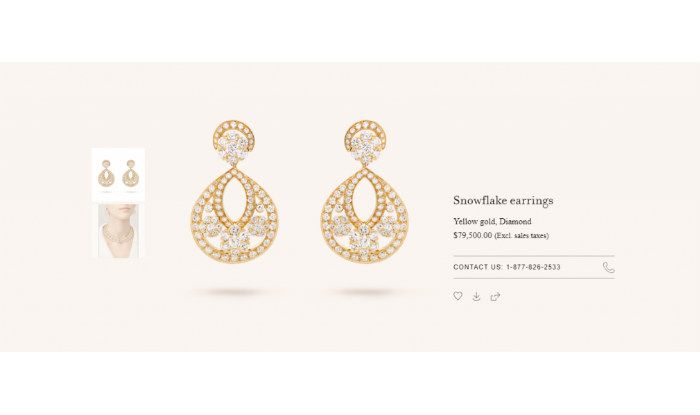 Meanwhile, the festivities are going on at the decorated Umaid Bhawan Palace. PC’s team sent out the pictures of the couple and their families having fun at their Mehendi ceremony. An ecstatic Priyanka could be seen wearing an Abu Jani-Sandeep Khosla outfit that had all the possible colours for the bride. We can’t wait to see their wedding pictures now.