Her Baywatch co-star Dwanye Johnson was also present there, cheering for her as she received the favorite dramatic TV actress trophy. While receiving the trophy at the People’s Choice Awards, she said, “Thank you to the people. This has been an incredible journey. Every single woman that were nominated with me today, all these incredible actresses are the reason that I joined television.” 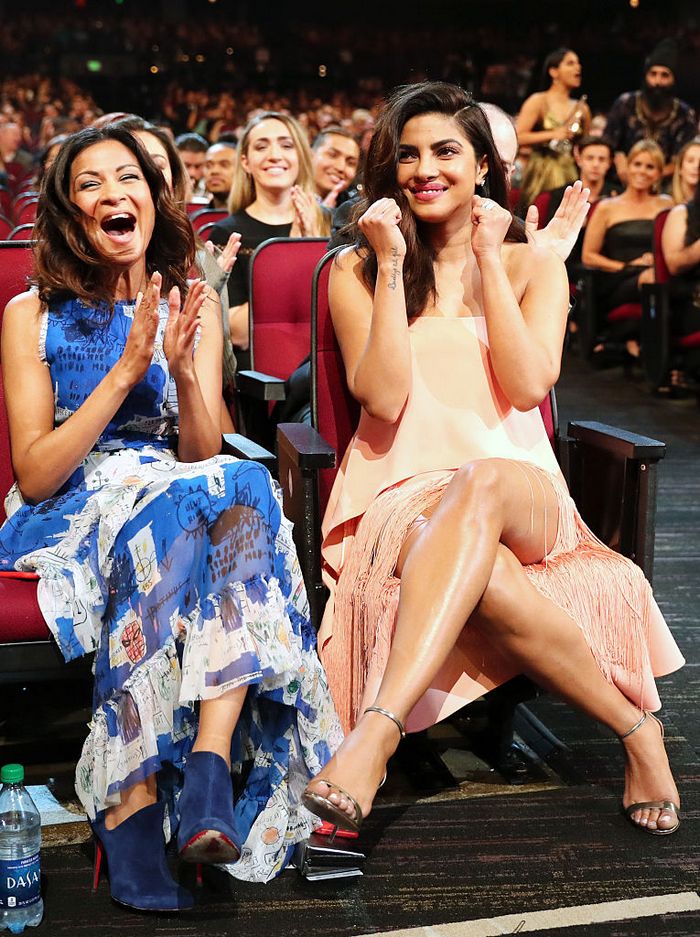 “Being in the same category as them is so overwhelming. Thank you to all of you who have accepted me and loved my show, my wonderful cast… This means the world to me” said added. 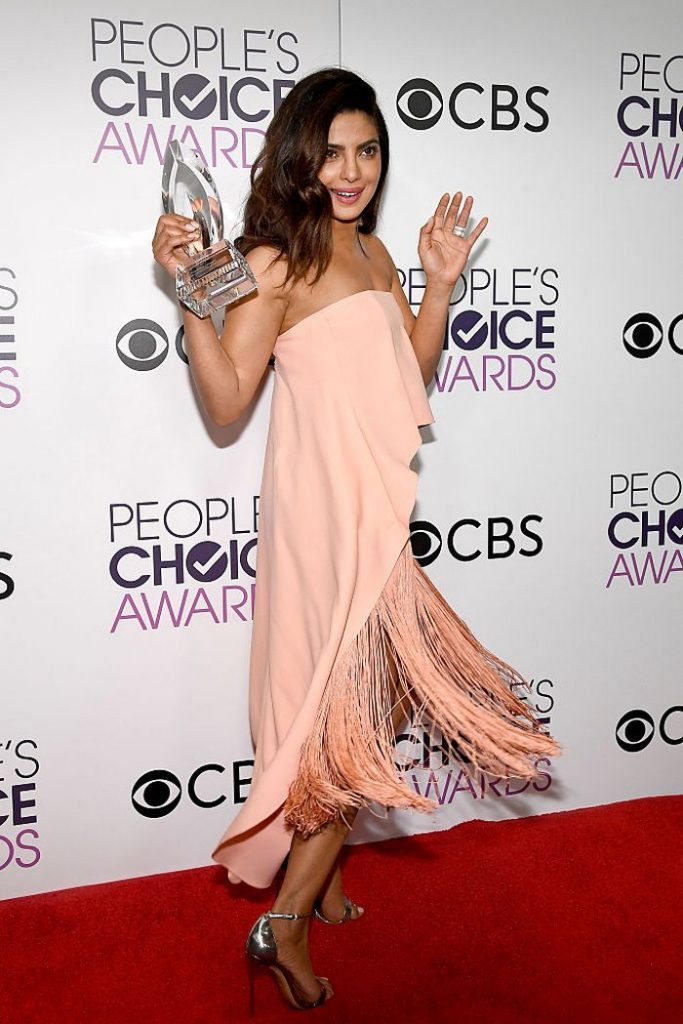 Priyanka stunned everyone making an appearance at the People’s Choice Awards 2017 in a peach strapless ruffled Sally LaPointe number. She wore an asymmetric peach top with a fringe skirt from. The color of the dress complimented her skin tone.  (ALSO READ Priyanka Chopra at Golden Globe Awards 2017: The secret to Priyanka’s look is REVEALED!). 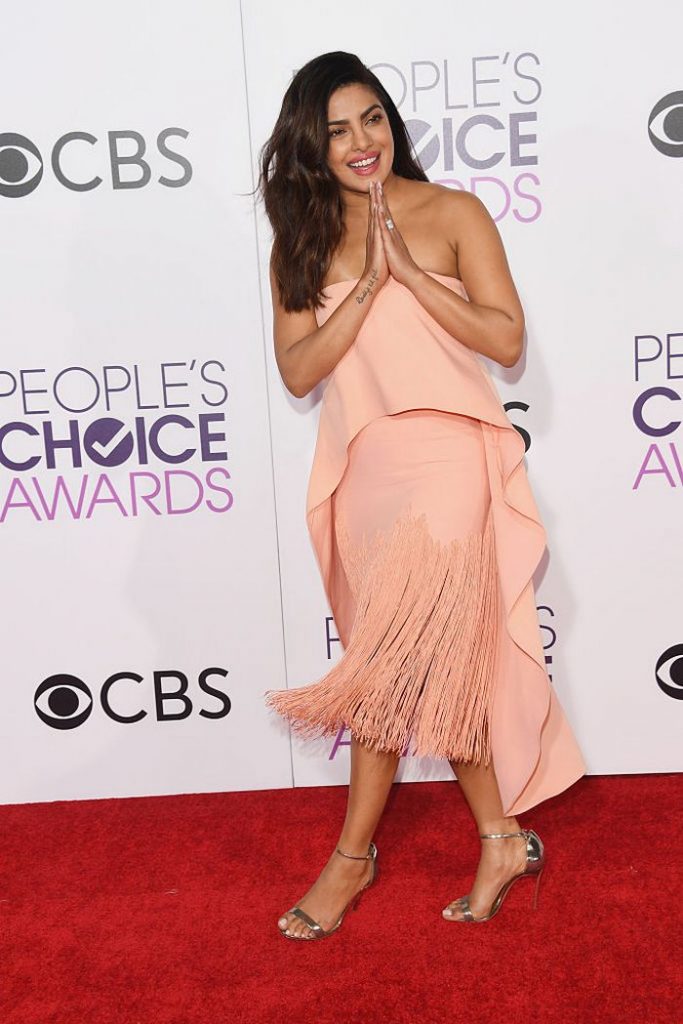 Unlike her previous bold appearance at the Golden Globe Awards 2017, the actress chose to keep it minimal this time. And instead of going bold with gold, she chose for a muted pastel color. (ALSO READ How to get Priyanka Chopra’s bold Golden Globes 2017 red carpet look WATCH MAKEUP VIDEO). 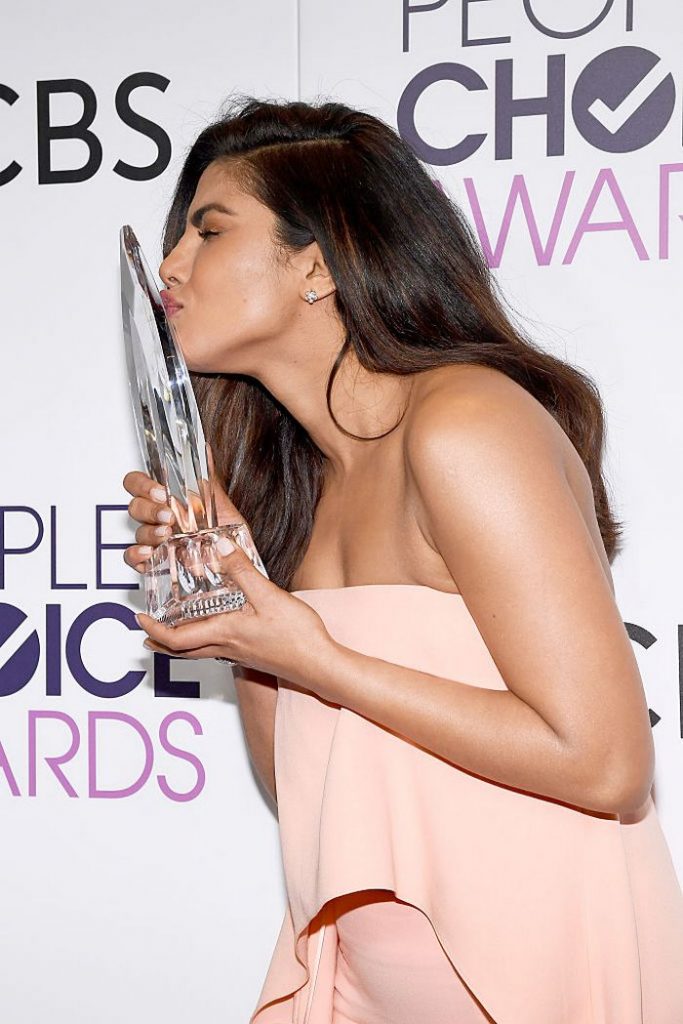 Also, she kept her makeup minimal with an almost nude look and a hint of pink lip color. She had her hair down with a deep side partition. Minus the accessories, Piggy Chops walked the red carpet in a pair of beautiful metallic stilettos. (ALSO READ Priyanka Chopra and Deepika Padukone at Golden Globe Awards 2017: Here’s one thing common between their Golden Globes debut appearance).

Though she met with a minor accident while shooting for the series and was admitted in the hospital, she seemed perfectly fine. She was quoted saying, “As long as I don’t do any action and stuff, I’m supposed to be fine. It was actually scary. I’ve never got hurt before on-set while I do stunts, I always do them myself. This was just a one-off.”