Rangoon trailer is out! 10 photos of Shahid Kapoor working out to get the Rangoon look!

These workout photos of Shahid Kapoor will give you some major fitness goals.

Shahid Kapoor has time and again proved how good an artiste he is. The son of actors Neelima Azeem and Pankaj Kapur, Shahid is one of the most versatile actors around. He is not just known for his acting but also for his dancing skills. The actor trained under the well-known dance instructor Shiamka Davar and was first seen on big screen as one of the background dancers in the movie Taal. He also appeared in several television commercials. Shahid Kapoor’s debut movie was Ishq Vishk, which released in 2003. Before the movie started, Shahid trained to achieve a bulkier physique. Shahid is one of those actors who have the perfect combination of innocence and hotness to make the girls go weak in the knees. The 35-year old actor was last seen in the movie Udta Punjab and impressed with his performance and the chiselled body. The actor works out religiously to maintain his six-pack abs and chiselled body.This movie is directed by the National Award winning filmmaker Vishal Bharadwaj and it features Saif Ali Khan and Kangana Ranaut along with Shahid Kapoor. Rangoon is a gripping story of love, war and deceit set in the 1940s. The trailer of Rangoon is already out and boy, Shahid looks hot in it. The fitness enthusiast actor is an inspiration to all those who are training to be fit and healthy. Check out these hot workout photos of Shahid Kapoor. (ALSO READ How to look like Kingfisher models: Follow these fitness tips and secrets by Kingfisher models to get super hot body) 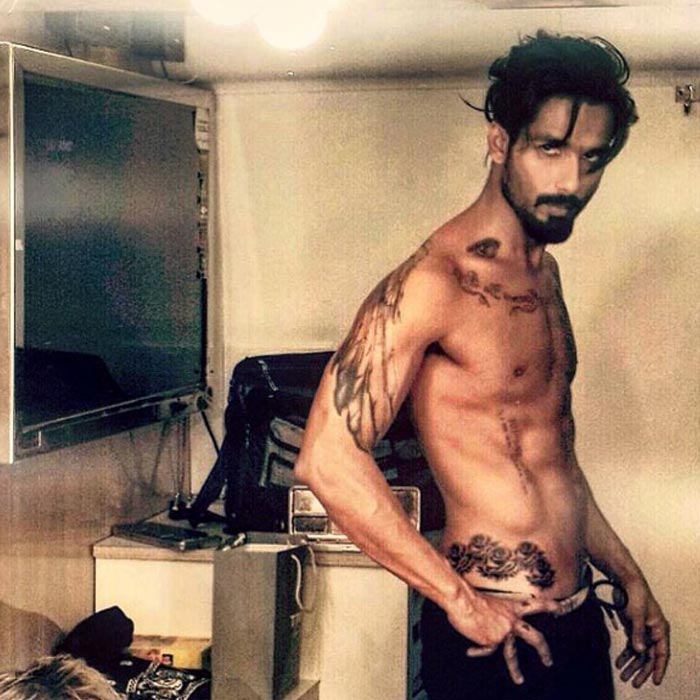 Here’s his chiselled look for the movie Udta Punjab. 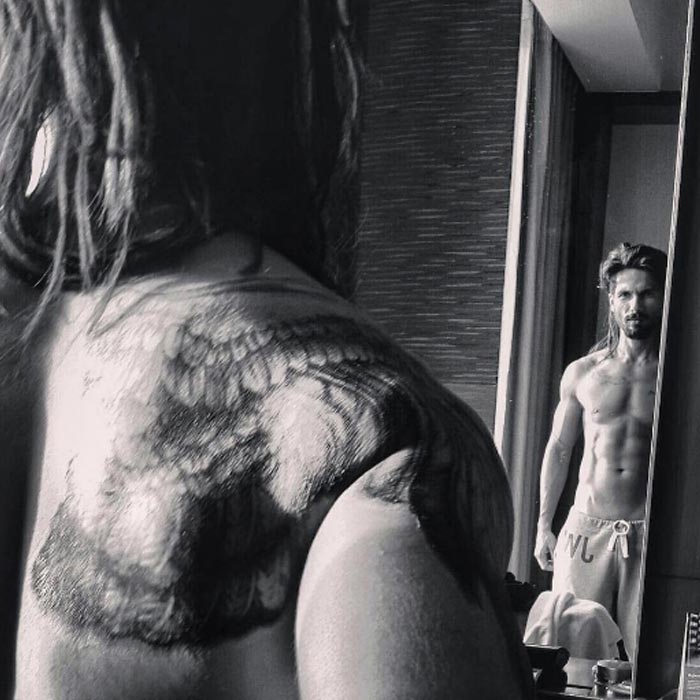 That toned abs will make you want to do two more sets of ab crunches. (ALSO READ Ana Ivanovic shows you how to be fit: Here is a sneak peek into the workout routine of the former World No 1 tennis player) 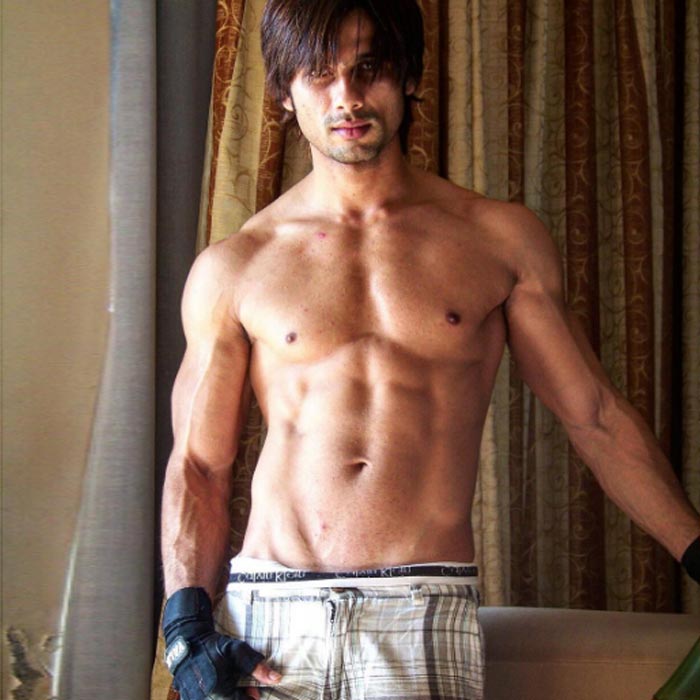 The actor is also part of Deepika Padukone and Ranveer Singh starrer Padmavati, directed by ace director Sanjay Leela Bhansali.  And here he is preparing for the movie. 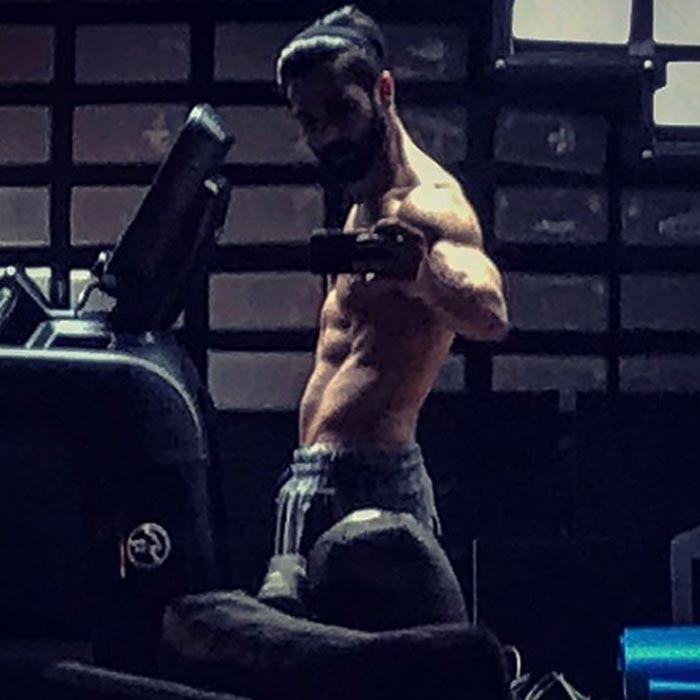 Shahid’s running session. (ALSO SEE These 12 photos of Indian yogini Deepika Mehta are all the YogaInspiration you need!) Another day at the gym. 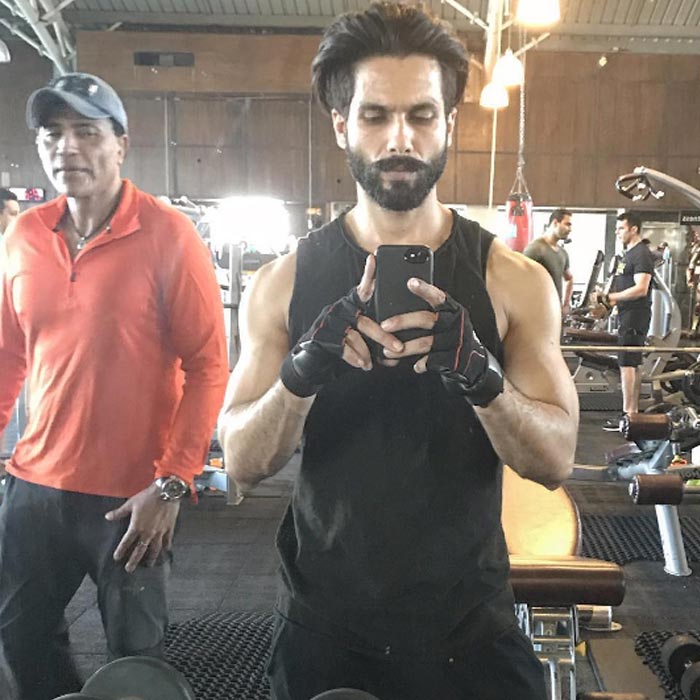 Here he is looking cute, innocent, hot and sexy all at the same time. (ALSO READ These 10 sexy photos of Sushant Singh Rajput are all the motivation you need to hit the gym ) Lazing around after a gym session. 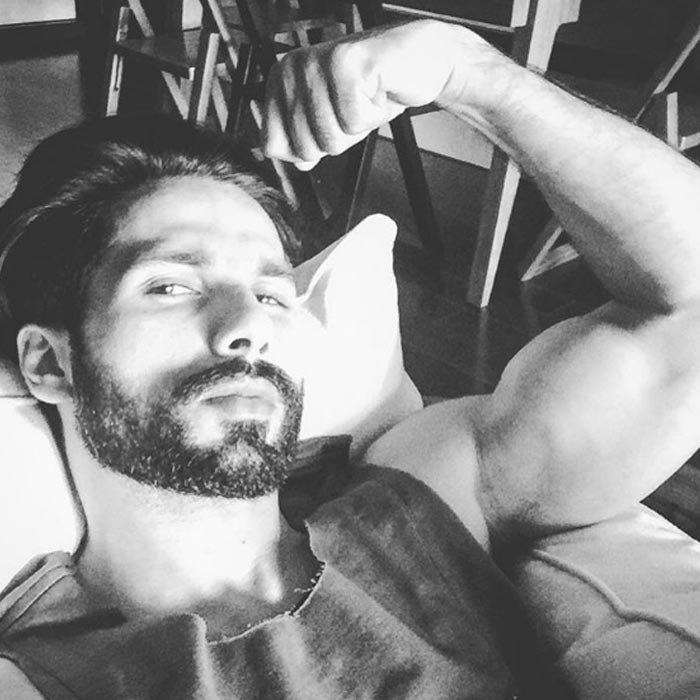 The actor works hard to maintain his chiselled look. (ALSO READ These 10 hot WWE Divas and women wrestlers will inspire you to be strong and fit) 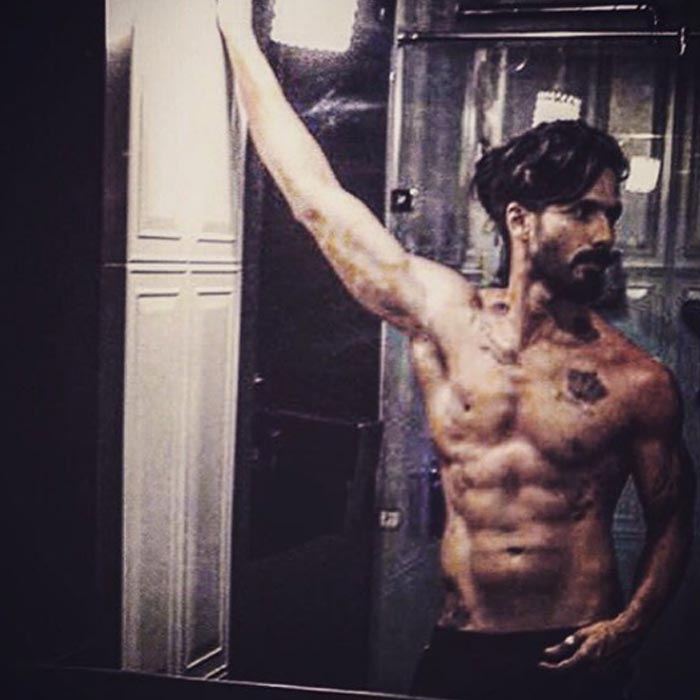 And here he got a company during his workout session. Bingo joins in.

Here’s your inspiration to get fit.