Sadhguru Rides Over 10,000 Miles Exploring Spiritual America, a Look at His Mystical Journey

Have a look at Sadhguru's mystical journey across 16 American states.

A seemingly endless freeway looping like a ribbon through the countryside; a 1600 cc motorbike; a mystic, in biker regalia, riding full throttle, pushing the mean machine to its limits that, in a nutshell, sums up Sadhguru’s 10,000-mile journey. But at the heart of this unique expedition, which has seen him crisscross across 16 states, is Sadhguru’s deep desire to explore what he calls, ‘Spiritual America’. Also Read - Watch: Sadhguru Exclusive Launches 'Devi' Series To Make Your Navratri Special 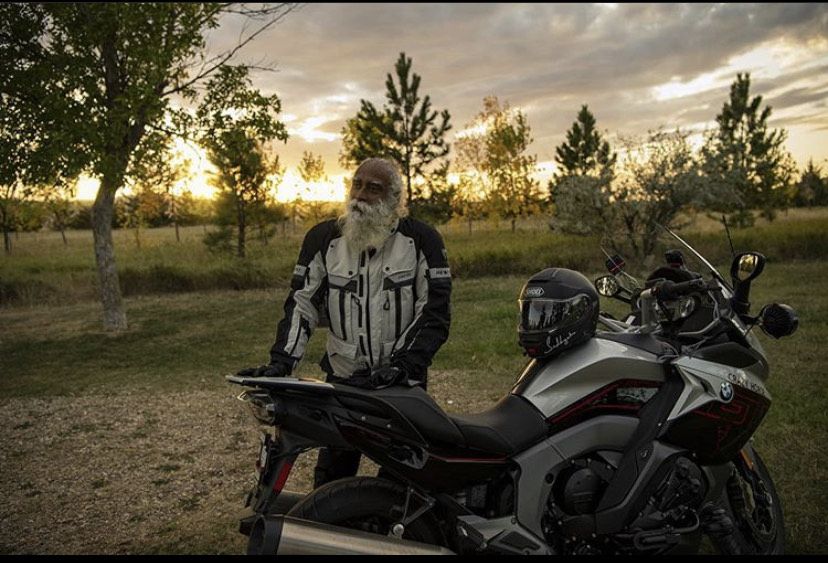 No stranger to motorcycles or adventure, Sadhguru embarked on this one-of-its-kind journey, from his non-profit humanitarian service organisation, Isha Foundation’s sprawling center at McMinnville, Tennessee, on the auspicious day of Mahalaya Amavasya. Enroute, he’s been stopping at locations held sacred by the indigenous people of America, who inhabited this vast landscape for several millennia before the advent of European settlers. His mission is clear – to explore ancient spiritual processes and the energies that have molded the New World and continue to impact the lives of Native Americans. To the extent possible in a melting pot of cultures, the original inhabitants have kept alive their cultures, traditions, and way of life, he observes. Also Read - Sadhguru To Prakash Javadekar: Cauvery Calling Could Meet 8-12% Of India's Carbon Sink Target 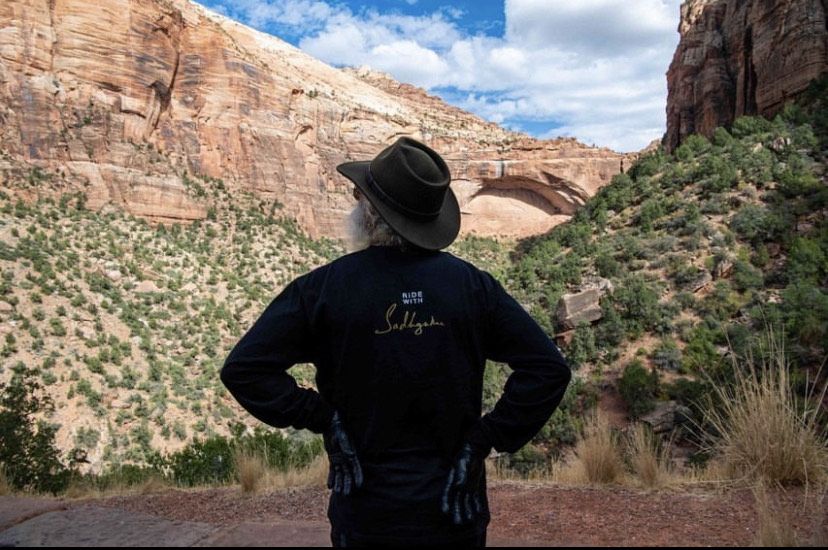 “The Native American culture is not just what you have seen in the Wild West movies where they come hoo-hooing on horsebacks and they shoot arrows at everybody that they see,” says Sadhguru at Cahokia Mounds State Historic Site in Illinois, dismissing the simplistic myth. “The Cahokia at one time held a population of anywhere between 20,000 to 40,000 people. Some of the Mounds here are over 5000 years old.” Mounds are solid structures built from soil, clay and stones that were used for a variety of purposes – from landmarks for social gatherings to places of spiritual rituals and as burial grounds. “For over 5000 years, a city with that kind of population with all the necessary arrangements, with elaborate spiritual and religious processes and rituals and an economic system of its own, existed. They have been living on this land for anywhere between 10,000 and 40,000 years. They’re as much land as land is,” Sadhguru says about the Cahokia Nation. The Native American cultures refer to their individual groups as ‘Nations’. They govern themselves and have their own constitutions. Typically, Sadhguru has done a deep dive. His narratives about the cultural, historical and spiritual significance of the locations are absorbing and evocative. 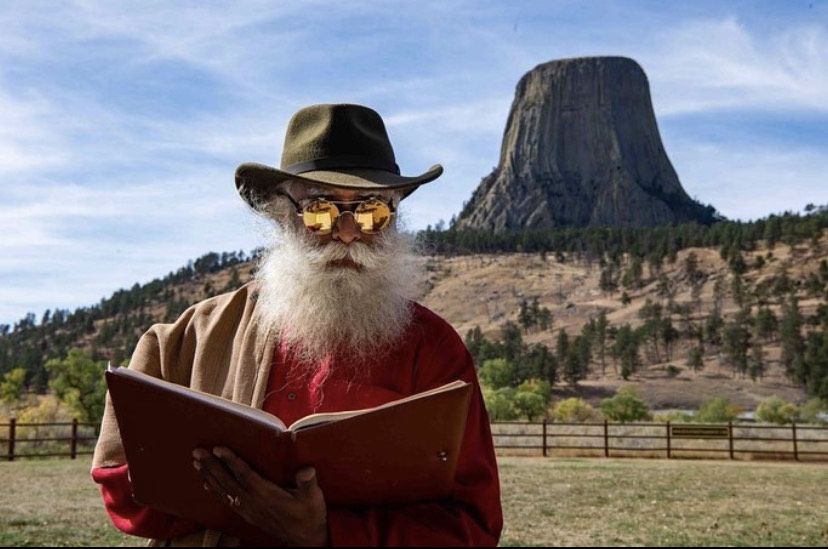 Social distancing is a non-issue as Sadhguru’s two fellow riders barely manage to keep visual contact of the lone biker on the distant horizon. The on-road exploration is being filmed by a video crew providing Sadhguru’s growing legion of followers, a vicarious experience of the journey through Isha’s digital platforms. It’s a somewhat surreal experience – like darting in and out of a revolving door of the Ancient and the Ultra Modern.

Little is known about the Native American people outside America. As with the history of most nations on earth, conflicts between original settlers and explorers who became settlers have shaped the destiny of the country and its people. While a robust and undistracted focus on nation building has made America an aspirational choice universally, it is a legacy that the Native Americans are ambivalent about and largely disconnected from as they struggle to protect and pass on their traditions to the next generation.

Stephen Silva, a Native American belonging to the Nakota Nation sent this video message when he heard of Sadhguru’s exploratory journey.

The experience of the wise, resilient people who survived on this land should not become an ancestral trap but a stepping stone for this generation of Indigenous People. Let us not become wounded— let’s become wise. -Sg#RidewithSadhguru #StephenSilva #NativeAmericans pic.twitter.com/IElazDlpD7

He speaks about the angst of his people terming it a “generational trauma” that haunts his people “due to our lands being stolen, our traditions and ceremonies being outlawed and even attempted genocide amongst other things.” He asks Sadhguru how his people can overcome this generational trauma. While agreeing that the indigenous people have endured a “heartbreaking” history, Sadhguru emphasizes, “It is important that we do not let our Past determine our Future.” 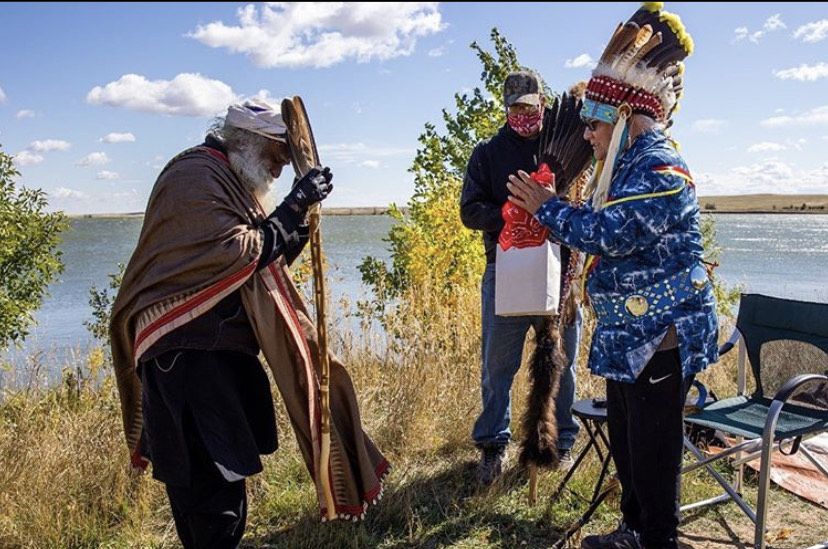 His meetings with the Indian Chiefs and Medicine Men, all set on rugged terrain of jaw-dropping proportions may seem fable-like but it is clear from the reception he gets that the leaders of these indigenous people recognise a kindred spirit. “It was really beautiful,” says Lakota Nation Chief, Izzy Black Spotted Horse, in a soft cadence after meeting Sadhguru at Bear Butte, a sacred place for his people . One of the Chiefs of Lakota Nation is said to have received his vision at Bear Butte. “It was like him and I were walking in the clouds,” he says about the meeting with Sadhguru. “We flew into each other. Very powerful. I could see his spirit. It’s very strong. Maybe our vision will come together someday,” he muses and thanks Sadhguru for coming. His language is characteristically metaphorical.

Chief Izzy Black Spotted Horse of the Lakota people warmly welcomes Sadhguru and honors him with a gift of sacred feathers – a sign of immense respect. #RideWithSadhguru #LakotaNation

“It is very eye-opening to see how they were fond of Mother Earth, how they structured their life around that and lived in tune with Nature with absolute passion for everything around them and a certain sense of dispassion about their own life, their own death,” says Sadhguru speaking about the Lakota Nation. “I think there is a lot that modern societies need to pick up from ancient societies because there was a certain cohesiveness with life around them.”

The mystical journey is not without its light-hearted moments. At the Mark Twain Boyhood Home and Museum in Missouri, Sadhguru is visibly excited to confront a life size sketch of Huckleberry Finn, a universally loved American boy hero. “Huck Finn, one of my favourite characters when I was growing up. Moby Dick and Huck Finn, kind of, lived in my head for some time. Nobody else really occupied my mind much,” he laughs. On the banks of the Mississippi river, Sadhguru confesses that a childhood wish has been finally fulfilled. “I’ve been dreaming of coming to Mississippi since I was probably 11 or 12 because when I first read Huckleberry Finn by Mark Twain, it so excited me which led me to float down Cauvery river and do a few antics there,” he recollects laughing. 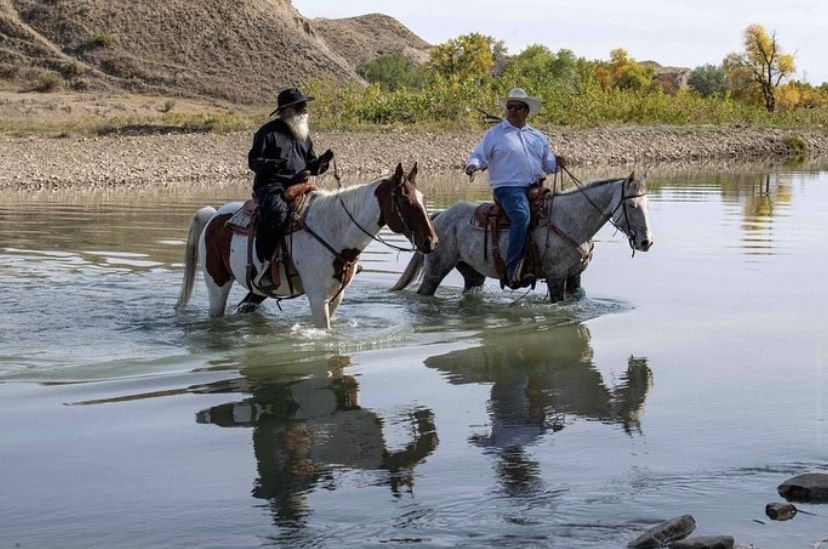 While he credits Mark Twain’s work as being “the cornerstone of evolution of American literature”, he credits another “American icon” with much more. At the Abraham Lincoln Presidential Library & Museum in Springfield, Illinois, Sadhguru playfully doffs his hat imitating Lincoln’s pose at the entrance. He reveals a little known fact about the 16th President of the United States: “Well, this is something that most people wouldn’t know looking at his shoulders,” he gestures to Lincoln’s lanky figure behind him, “but he was quite a consummate wrestler.” Lincoln is credited with the abolition of slavery in the United States and Sadhguru credits him with much more. “The simple statement is he abolished slavery. Yes, it is true but it was not just like a simple law to be passed. It was an existential question for the nation that we today call as United States. The effort to make this change is not about passing a simple amendment. (It) is really about having a grasp of the future that nobody else is seeing at that moment; that these things wouldn’t fly in future was something that this man saw,” he says acknowledging his foresight. “(He is) not just an American icon, (he’s) a hero of the world. A man who makes every human being proud of being human.”

On the road, in his super cool riding gear, Sadhguru shows as much appreciation for another living legend: Bob Dylan. Cruising on Highway 61, bobbing his head to Dylan’s famous track, Sadhguru pulls up under the nameplate immortalized by the song. “Here we are on Highway 61 celebrating Bob Dylan. Can you beat this? Two American legends in one day,” he says referring to Mark Twain whom he’s just left behind behind.

Sadhguru cruises on Highway 61, which has become a classic American landmark because of Bob Dylan’s groundbreaking album of the same name. #RideWithSadhguru #BobDylan #Highway61 @bobdylan

This is a journey that has intrigued many. He is often asked what its objective is. In his meeting with Shawn Real Bird, the Medicine Man of the Crow Nation, Sadhguru tells him people have forgotten “how close we are to Mother Earth” and this journey is an attempt to change that. “People are talking about ecology as a science. It will never work that way. Ecology should become our heart as it was for the indigenous people here. Their heart was land. That is one dimension that we really want to present to the world. That’s the reason I’m meeting all Native American leaders, medicine men and others. Their message is not of the past, it is most relevant for the future.”

Sadhguru rides with Shawn Real Bird of the Crow Nation and recites a poem he wrote when he came across a disembodied Native American in Tennessee. #RideWithSadhguru #CrowNation #TrailOfTears

Sadhguru, who has shared a deep and intimate connection with the natural elements from a very young age seems to instinctively relate to the simple and earthy cultures of the indigenous people. Kiran Bedi, the Lieutenant Governor of Puducherry wants to know whether he finds similarities between Indian mysticism and American mysticism

“Mysticism is not of India or America or Africa. Mysticism is human longing to know, a natural inclination of human intelligence. It wants to know something more. So when somebody gets to know something more than most other people know, then that gets labelled as mysticism. Essentially, the Truth of the existence is same,” he says and adds laughingly “I never go by what people say. (I) feel out the energies and what the energies say. In that sense there’s no difference anywhere in the world. It’s just the methods, language and cultures may be different but essentially Truth is the same thing, that’s about it.”

And so the journey continues with a promise of more sights and sounds from the past. It’s an exploration with many unscheduled detours and is expected to clock 10,000 miles. What mystical insights will it uncover? As Dylan would say it, ‘The answer, my friend, is blowin’ in the wind’.