Sara Ali Khan and Sushant Singh Rajput are all set to release their film Kedarnath tomorrow, December 7. The duo is leaving no stones unturned in promoting their film. Ahead of the release of the film, Sara and Sushant were spotted promoting their film in Delhi. This is Sara’s debut film and the young talent has already impressed the audience with her performance in the trailer.Also Read - Did Kartik Aaryan Confirm There Was Something Between Him And Sara Ali Khan? Here's What He Said

Sara looks great in whatever she wears. Whether it is just a simple t-shirt and denim or a beautiful lehenga, Sara manages to carry all the outfits with a certain poise. During Kedarnath’s Delhi promotions, Sara was seen wearing a long colorful beaded suit that had a little shimmer on it. She teamed it with pointed golden heels. For accessories, Sara did not go over the top. She wore just a simple pair of beaded earring and a ring. With subtle makeup, Sara styled her hair with soft waves. Wearing a beautiful smile, Sara posed for the camera. Also Read - Viral Video: Noida Man Takes Pet Dog to Kedarnath Shrine & Gets Tilak Put on Him, Furious Priests File FIR | Watch 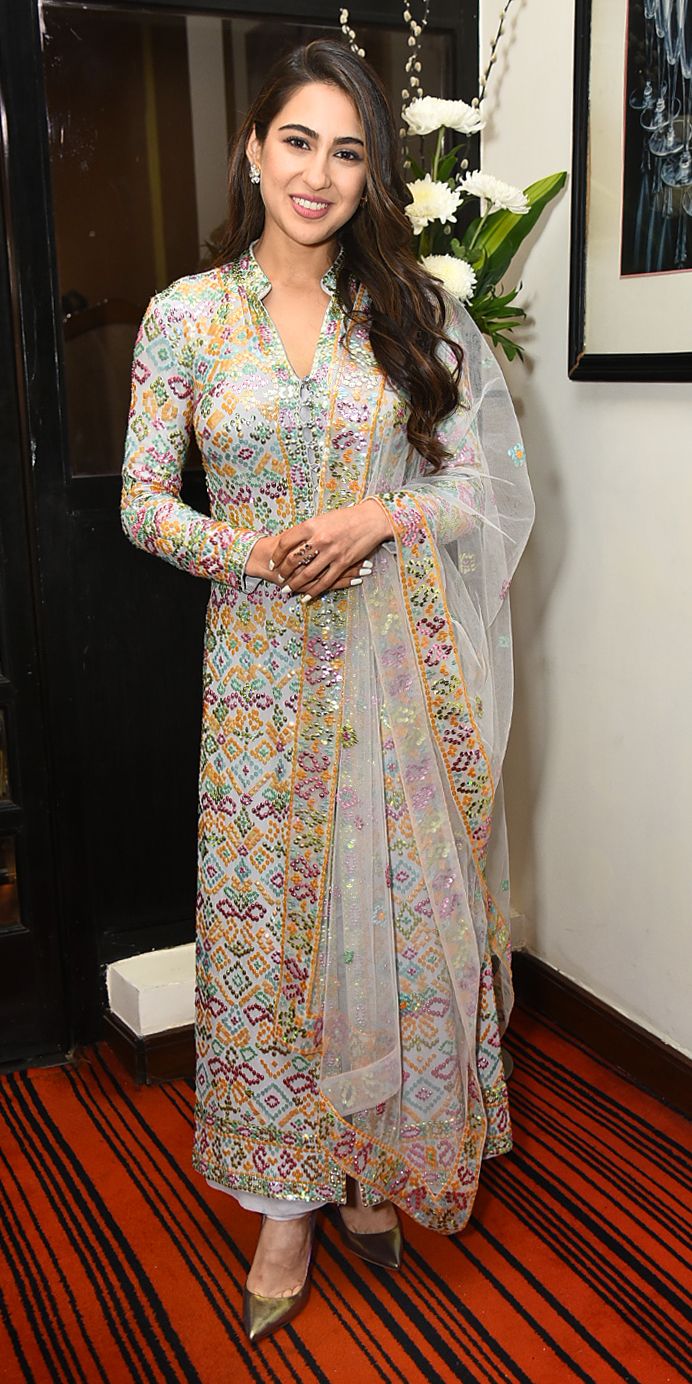 Sara’s next film is Rohit Shetty’s Simmba where she will be seen opposite Ranveer Singh. Simmba, came her way at a time when her debut was facing trouble and Sara says she would forever be grateful to the two directors for taking a chance on her. “I am so lucky because Rohit sir did not even see a glimpse of ‘Kedarnath’ but he offered me this role. He gave me this opportunity at a time when no one in the industry was looking at me because ‘Kedarnath’ was facing issues. Both Gattu sir and Rohit sir will always be important to me,” the actor stated during an interview with news agency PTI. Also Read - Char Dham Yatra: Uttarakhand Bans VIP Darshan At Kedarnath Temple. Check Details HERE