Sheba Remy Kharbanda: The Juggler of Many Hats and Talents

Sheba Remy Kharbanda wears a lot of hats: artist, writer, activist, entrepreneur and spiritual healer among many others. A consummate storyteller, her life and experiences translate into her many creative endeavors. Born in London, England, to Sikh Punjabi immigrants, Kharbanda’s deep connection to her heritage built the foundation for her multifaceted career. 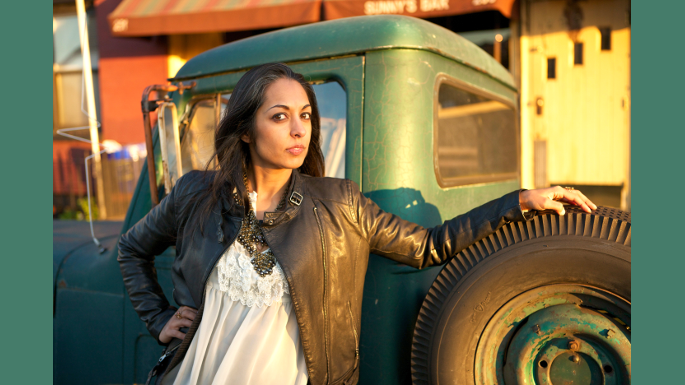 In April 2014, Kharbanda’s essay, “Lessons in Love” was featured in the much- applauded anthology, “Her Name Is Kaur: Sikh American Women Write about Love, Courage, and Faith.” Kharbanda’s essay was an emotional response to the 2012 shooting at the Sikh Gurdwara in Oak Creek, Wisconsin. The tragic event triggered the displacement Kharbanda first felt upon moving to the US from England. Also Read - IPL 2020, KKR vs SRH Predicted Playing XIs, Pitch Report, Toss Timing And Dubai Weather Forecast For Match 8

“I was hurt and angry after Oak Creek and felt utterly betrayed by this nation,” Kharbanda said. “So the piece traces that whole crisis of faith and identity and brings me back to the women in my family, namely my grandmother, mother and aunt, whose teachings on Sikhism were the ones that girded me through that time.”

Migration and displacement in the Punjabi Diaspora are major themes throughout Kharbanada’s work. In 2005, she started The Vilayati Tarti/Foreign Land project, a short film and online archive based on video and audio interviews of women in the South Asian community, living in West London. Like Kharbanda’s grandmother, these women left the Subcontinent for England in the wake of India’s Partition to build a new life.

“I had the vague idea to start documenting stories of elder women in my community and was on the telephone with my mother who had just read an ad in her local newspaper by an Historian who was creating the first-ever archive on the South Asian diaspora in West London,” Kharbanda said.

Kharbanda’s family history also laid the groundwork for Five Rivers: A Portrait of Partition , a video art installation based on her father’s experience of leaving what is now Afghanistan for India in the wake of the partition. The art installation is comprised of four videos projected on the walls and floor of a traditional Indian wedding tent. Five Rivers will be debuting at the India Habitat Centre in New Delhi in mid-November of this year.

After studying law at Queen Mary, University of London, Kharbanda moved to New York in 2002 to work as a human rights researcher with organizations such as Amnesty International, Human Rights Watch and Urban Justice Center. Her experiences working with South Asian American immigrants in a post 9/11 world led to the of co-founding of RFR, a research partnership that works with community-based groups to support popular education and organizing efforts.

“When I moved to the US and started working with international human rights’ organizations, I was struck by the rather large gap – a physical, spiritual and ideological distance between those conducting research and those being “researched,” Kharbanda said.

Along with her husband, Charlie Moss, Kharbanda is also the co-President and Executive Producer of Callejero Films, a boutique video production company. “We produce and support all kinds of projects from corporate to educational to fundraising to art to short story to documentary,” explains Kharbanda.

So how does one woman juggle so many roles? According to Kharbanda, women are archetypical multitaskers. “I was raised by a single mother who had to hustle to make ends meet. She supported us by doing many things at once. So you could say I got to the point of living a multi-faceted life by honoring my femininity – my womanhood.”

Bucking a traditional career path comes naturally to Kharbanda, who says ultimately, “life for me is a creative journey.”

Kharbanda’s advice for creating a passion-filled career? “If a project has merit and as long as you give proper reign to your passion, the pieces will fall into place,” she said.