Actress Sunny Leone never fails to turn heads with her stylish appearances. The lady was recently spotted at the airport and needless to say, she looked super stylish. She donned a grey crop top and teamed it up with red jacket and blue denims. It is hard to miss her red boots. When celebs mostly prefer to wear black footwear while making stylish entry at the airport, this gorgeous lady has brought back the trend of red. Also Read - Sunny Leone Makes a Strange Post After Kangana Ranaut Questions Feminists For Calling Her Sexist in Urmila Matondkar Row 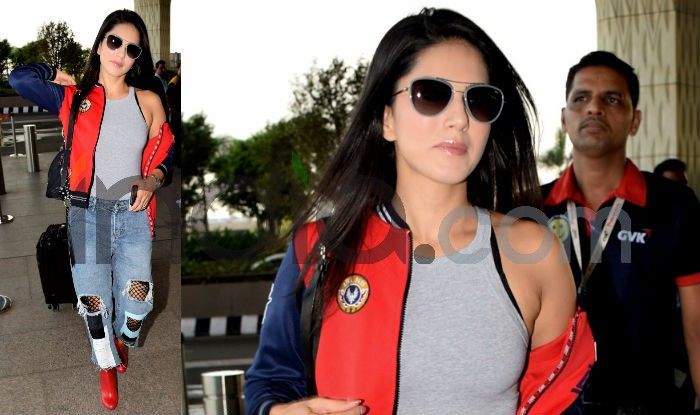 It goes without saying that she is one of the most stylish celebs of the Bollywood. She never fails to make headlines whenever she steps out of the house. Also Read - Sunny Leone Tries Aerial Yoga For The First Time To Keep Herself Fit

Earlier, the lady was spotted in a casual avatar. She donned a black t-shirt with denims, completing her look with black boots and stylish sunglasses. 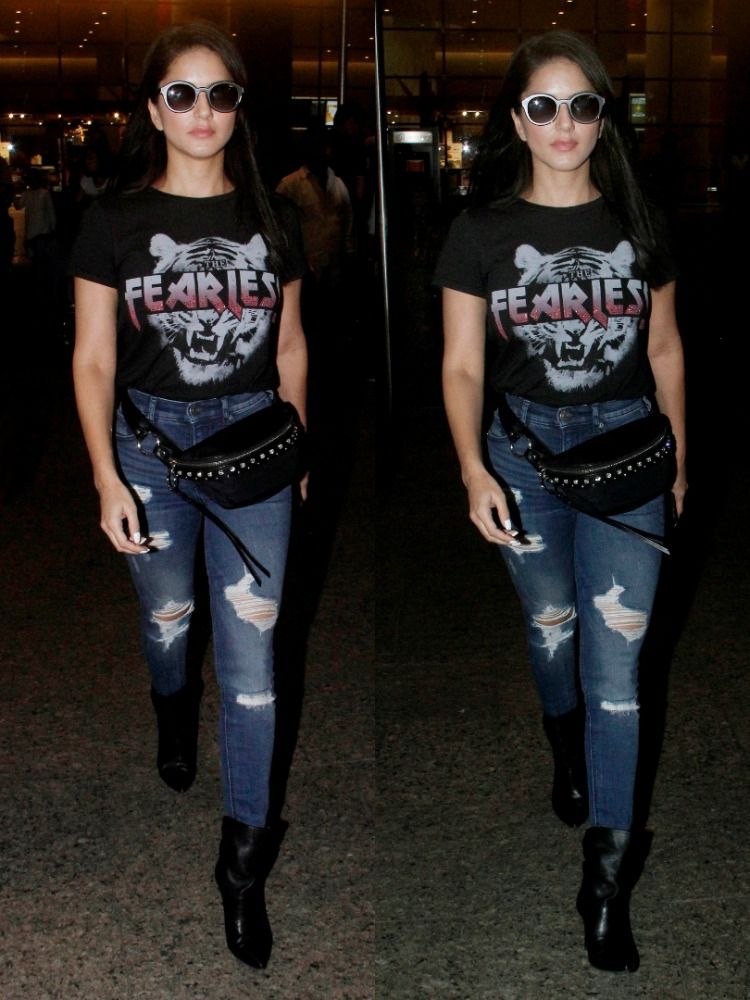