Shah Rukh Khan’s little daughter is not so little anymore. In fact, this 18-year-old ‘diva’ is already making heads turn with her amazing fashion sense. She was recently featured in the August edition of Vogue India magazine and was praised by many. Whether it is a glamorous dress or just a street-style-look, Suhana can carry off anything she wears with a certain poise. Suhana was recently spotted with her father Shah Rukh at the Mumbai airport earlier today in their casual yet stylish outfits. Suhana grabbed all eyes with her ever so stylish casual look.

She was seen sporting a grey crop top and black tights which she teamed it with a checkered knotted shirt and white sneakers. She chose to travel with a no-makeup look but was still glowing as she walked through the shutterbugs. Shah Rukh, on the other hand, was seen wearing a dark green t-shirt and black tracks which he teamed it with a black trench coat, sneakers, and black shades. Both the father-daughter duo decided to go casual for the day. 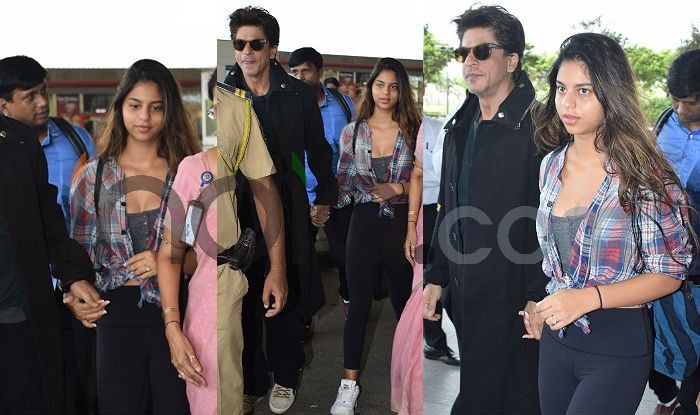 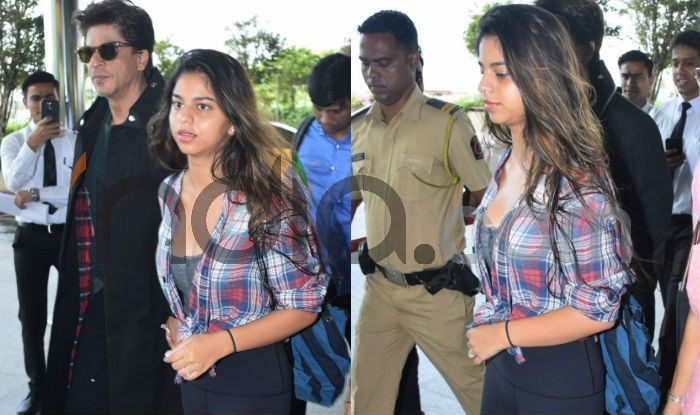 Earlier Shah Rukh had talked about Suhana entering the film industry and stated a number of times that his daughter is keen to make her career in Bollywood but he wants Suhana to complete her education first. After Sara Ali Khan and Janhvi Kapoor, people are eagerly waiting to see Suhana’s first Bollywood project.