We all like to travel in style but, it’s also important to wear something that you’re comfortable in, especially when you have a constant hectic work schedule. Sunny Leone is a diva in every sense. Recently, the One Night Stand actress made her fans go gaga over her airport look. Sunny Leone was seen slaying a fresh and fashionable look wearing a black t-shirt and a pair of denim. She finished her look with black boots and a trendy pouch bag – which was the centre of attraction. 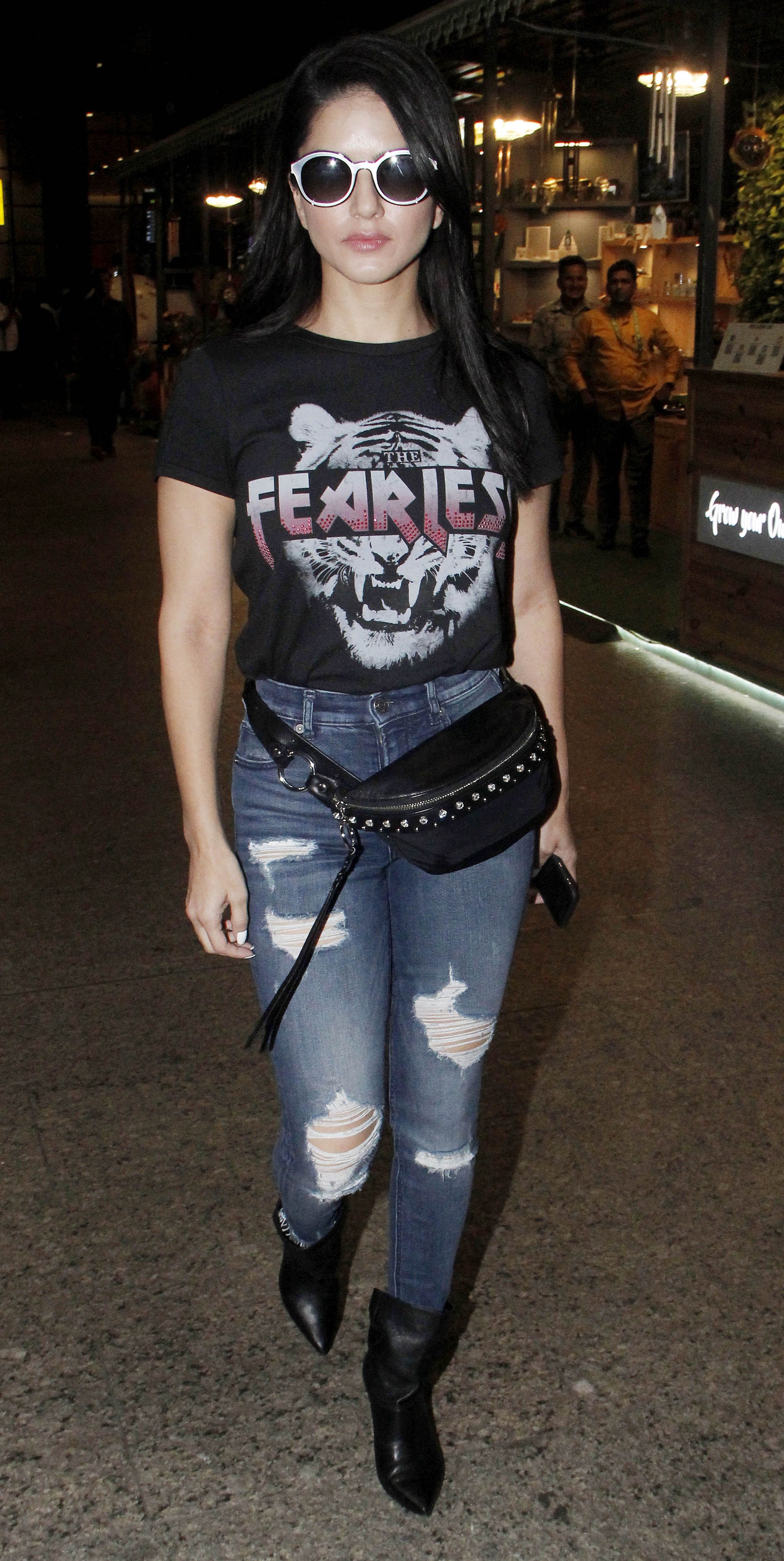 On the professional front, Sunny Leone is currently hosting MTV’s popular dating TV show, Splitsvilla 11, with Rannvijay Singha. Apart from that, Sunny was seen in the first season of the web-series on her life, titled Karenjit Kaur: The Untold Story of Sunny Leone. The ZEE5 show is being liked by the audience and Sunny’s life-journey is being appreciated. It premiered on July 16 and consisted of 10 episodes. Now the second season will premiere on September 18 on Zee5.