Tania Rashid Speaks Up for the Silenced: The Lives of Female Sex Workers in Bangladesh’s Daulatdia Brothel

The largest Bangladeshi brothel and the largest bordello in the world, Daulatdia, has more than 1,300 sex workers and services more than 3,000 men daily. It is one of the 20 officially sanctioned brothels in Bangladesh, which opened around 1988, although it had unofficially been operating for decades prior to its legality. 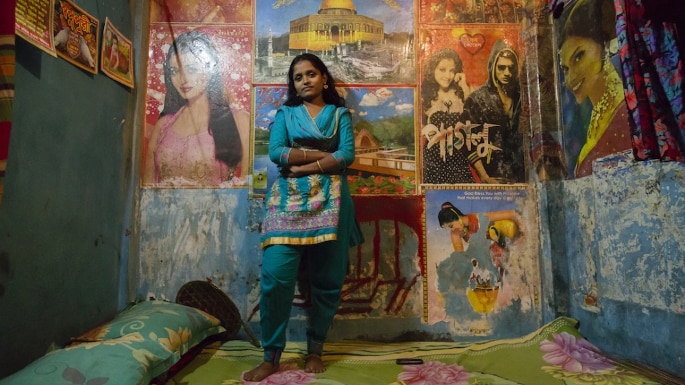 According to Action Aid, there are about 200,000 female sex workers in Bangladesh–one of the few largely Islamic countries where prostitution is legal and so are brothels. Also Read - Breaking: India Makes RT-PCR Test Must For Passengers From 7 More Countries Amid New Strain Fear

The largest Bangladeshi brothel and the largest bordello in the world, Daulatdia, has more than 1,300 sex workers and services more than 3,000 men daily. It is one of the 20 officially sanctioned brothels in Bangladesh, which opened around 1988, although it had unofficially been operating for decades prior to its legality. Also Read - Karnataka Lockdown: State Makes RT-PCR Test Must For International Travellers From These Countries | Full List Here

While the average age of consent for new sex workers in Daulatdia is 14, many are younger and are sold into sex work for about £200 ($300), an amount they are then indebted to pay to their pimps, who are mostly older women. The cycle of work perpetuates, as boys born and raised in the brothels tend to become pimps and girls continue in their mothers’ profession.

Journalist Tania Rashid’s latest documentary production with Vice News, “Sex, Slavery, and Drugs in Bangladesh,” gives appalling insight into Daulatdia’s daily happenings. In conversation with Rashid, she reveals how she chose to embark on an often precarious path to uncover injustice.

Born in Saudi Arabia to a Bangladeshi father and Pathan mother, Rashid moved to the mountains of Utah at a young age. She remembers watching Christiane Amanpour on TV and being inspired to similarly travel the world to tell stories. Journalism was not an encouraged path in her household since Rashid’s parents wanted her to be a doctor, engineer, pharmacist or lawyer. 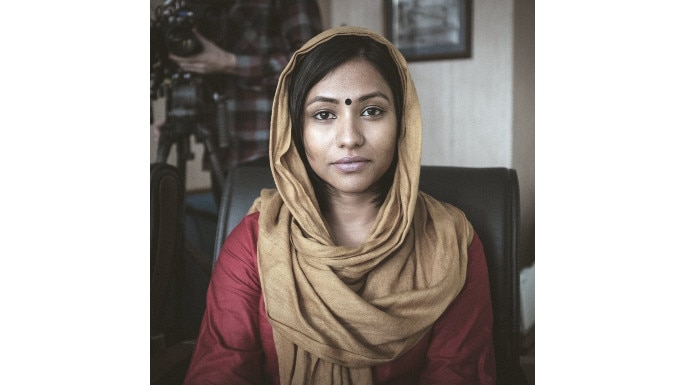 “Growing up as a brown girl or South Asian girl, I saw a lot of injustice at a very young age… that a typical young girl here in the United States would not experience,” Rashid said. “From there on, I just kept going with my intuition and my calling.”

But during her undergraduate years at University of California Los Angeles, where she studied global studies and history, she started to see opportunities unfold. Her initial internship at Nightline ABC further ignited her spark for journalism and storytelling.

The idea for “Sex, Slavery, and Drugs in Bangladesh” came to Rashid when she was living in Bangladesh for a period of two years. After completing her documentary and broadcast studies at Columbia University’s Graduate School of Journalism, she left for Bangladesh with just $200 in her pocket, knowing she would have unique access there, due to her familial background.

At the time, she was freelancing for Al Jazeera English and CNN International, covering a range of issues including the Rana Plaza garment factory collapse on the outskirts of Dhaka. She was intrigued by the brothels and would simply go hang out there, wanting to get to know the women who inhabited the premises.

She later began to freelance for Vice News, through which she acquired the funding to work on this story. Rashid initially wanted to focus on how the female sex workers were taking ya ba, tablets containing a mixture of methamphetamine and caffeine, and cow fattening pills, to make the women look curvier as per their male customers’ desires. Her story, instead, went far beyond a portrait of Daulatdia, it began to encompass the women and girls’ daily lives and their journey into sex work.

“I had to spend the night near the brothel and the area I was spending the night in had a lot of clients and [male] customers coming in. It was just a really dodgy place,” Rashid said. “I remember one night my producer and cameraman, Phil, was with me and my door was open. And this random guy just walked in ready to attack me.”

Amid the obvious dangers and unsanitary conditions, involving bed bug bites and scabies from mites, Rashid said she was determined to befriend and connect with the female workers, who insisted that she was just there to exploit them and would not understand their true struggle.

In order to grasp a better understanding of their plights, Rashid spent time alone with them, late nights, often being mistaken for a sex worker herself. 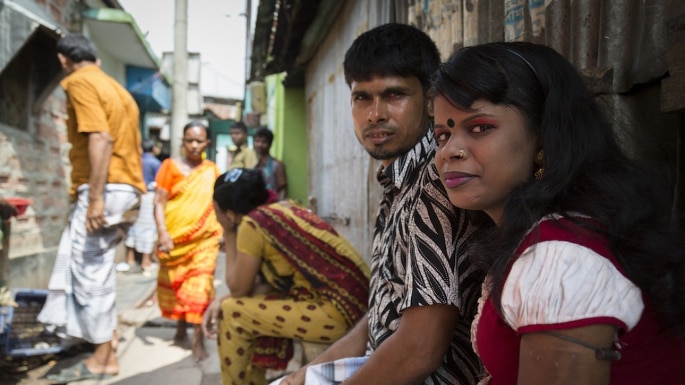 “And that gave me a really bad taste in my mouth and made me think, ‘wow I’m just here temporarily and I get this horrible feeling from these men. I can only imagine what the girls go through,'” Rashid said.  “I felt really horrified that a person could live under such horrendous conditions and nobody knows, or people know and they just ignore it. And I didn’t want to be that person [who] just saw it and ignored it. And that’s what kept me going.”

For Rashid, visual storytelling is the most powerful form of multimedia journalism. As evident in her latest documentary, she believes that looking into someone’s eyes and seeing their expressions can convey much more than words.

Moreover, she advocates publicly on the matter of the sex trade by making her stories easily available online.

“I believe in being fully transparent and open and honest. At least I can be the one of the few women within this culture that stands for being transparent,” Rashid said.

When asked why she believes such inequality persists in Bangladesh, Rashid answered that it is due to a lack of enforcement and accountability. While there are policies in place to help women, the government does not have guarantee protections for underage sex workers, nor punishes for rape.

By law, a man could be imprisoned for life or sentenced to hanging, but there is no proper enforcement of these laws. On top of that, there is a culture of shame.

“It’s a South Asian thing. Men are given more privileges and love and respect than women are,” Rashid said. “A girl is just seen as a second-class citizen, or even third. I think cows are even more sacred than women in Bangladesh.”

To underscore, she said nothing will change until the cultural cycle of oppression is overturned and policies are properly implemented. 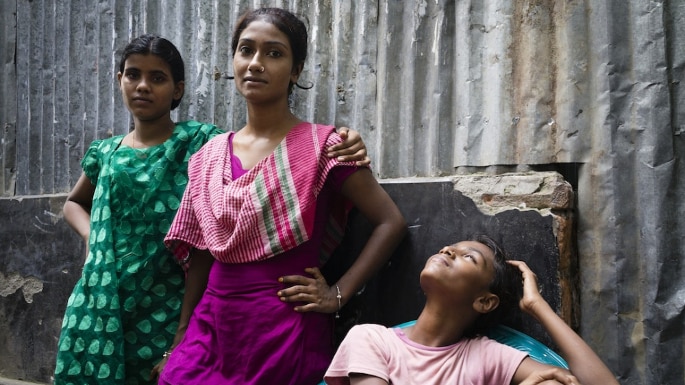 Of course, to which most brown girls can relate, Rashid’s parents initially refused for her to become involved in such hazardous projects. But Rashid went with her gut feeling anyway, and, as a result, her parents have grown to overcome their shock. For her mother, it moved her to see Rashid’s work, as women in previous generations of Rashid’s family had to endure similar sociocultural strife that affected them in a negative way.

As for Rashid, to speak up about sensitive gender-based issues was both novel and brave, and has incited much pride among her family and friends.

“You will be turned down and rejected so many times before you make a solid hit,” Rashid said, as she recounts how she had to pitch her story on gang rape in Bangladesh for almost a year, facing repeat denial until Vice News approved.

“I would say to any young brown girl wanting to do something different to just go with what you feel and you never know where you’ll end up…Most of the time, you’re going to get rejected, [but] happily take no with a grain of salt and just keep pushing on. You could end up somewhere really amazing and be inspiring,” she said.

Check out the full documentary below, and let us know what you think in the comment section.