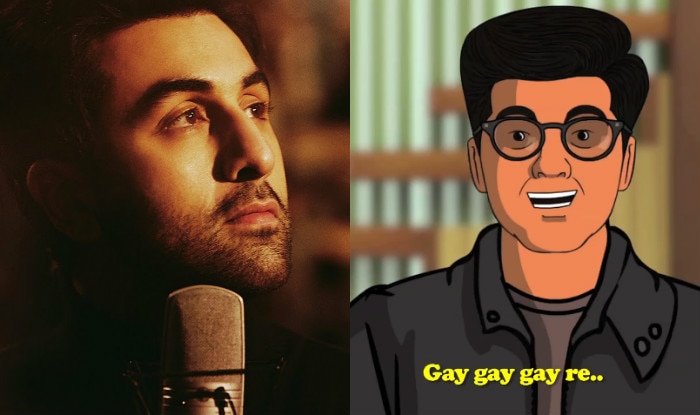 Karan Johar’s ambitious directorial Ae Dil Hai Mushkil braved several hurdles to come out shining. The romantic drama starring Ranbir Kapoor, Anushka Sharma, Aishwarya Rai Bachchan and Fawad Khan with a special appearance by Shah Rukh Khan won hearts in the country and worldwide. The movie received its fair share of criticism about the plot from critics, but the audiences lauded remarkable performances of its lead cast. So when a YouTube channel famous for making a spoof of big movies came with their version of ADHM, it is not surprising. But what surprises rather shock is the same old regressive content – gay jokes targeted at filmmaker Karan Johar’s sexual orientation. Also Read - Abhishek Bachchan Recalls The First Time he Met Aishwarya Rai in Switzerland And 'Crushed on Her'

Karan Johar during the promotional spree of the movie had said the film to be close to his heart. He also shared how much he has drawn Ae Dil Hai Mushkil from his heartbreaking experiences. Keeping the aforementioned point in mind, the movie spoof makers Shudh Desi Endings have Karan as the lead in place of Ranbir Kapoor. Leaving aside the logo of Dharma Productions which here is shown made up of middle fingers, the ADHM spoof is not funny rather it poses a serious question – for how long are we supposed to laugh at cliché jokes targeted at gays. While Bollywood is to be blamed for stereotyping gays (they love pink, love to sing gay, gay, gay re…), we also need to get out of rut while cracking up at such jokes. Also Read - Shah Rukh Khan Lauds KKR Stars Andre Russell, Pat Cummins, Dinesh Karthik Despite Loss Against CSK in IPL 2021, Tweet Goes Viral | SEE POST

Throughout this ADHM spoof, we see Karan Johar’s character using sexual innuendo in an obviously rude manner to evoke laughter. From getting attracted to Fawad Khan’s character to cursing himself for being love with a girl who is actually a guy is not funny. The sexual orientation of Karan Johar has remained a curious topic in the media but highlighting it as an entertainment mode is annoying as hell. What’s even more appalling is the way leading websites found this brainless humour as ‘will leave you in splits’ or ‘make your day’.

Not finding this ADHM spoof funny may be a personal opinion but just ask for how long are you going to insult your brain cells laughing at Hindi words like ‘Karenge, lenge’ and more. The world around us is opening up, and we are still stuck in a rut where laughing at gays or lesbians, making body-shaming comments are seen as a part of the humor. It is high time we broaden our minds and crack jokes but not at someone else’s expense.